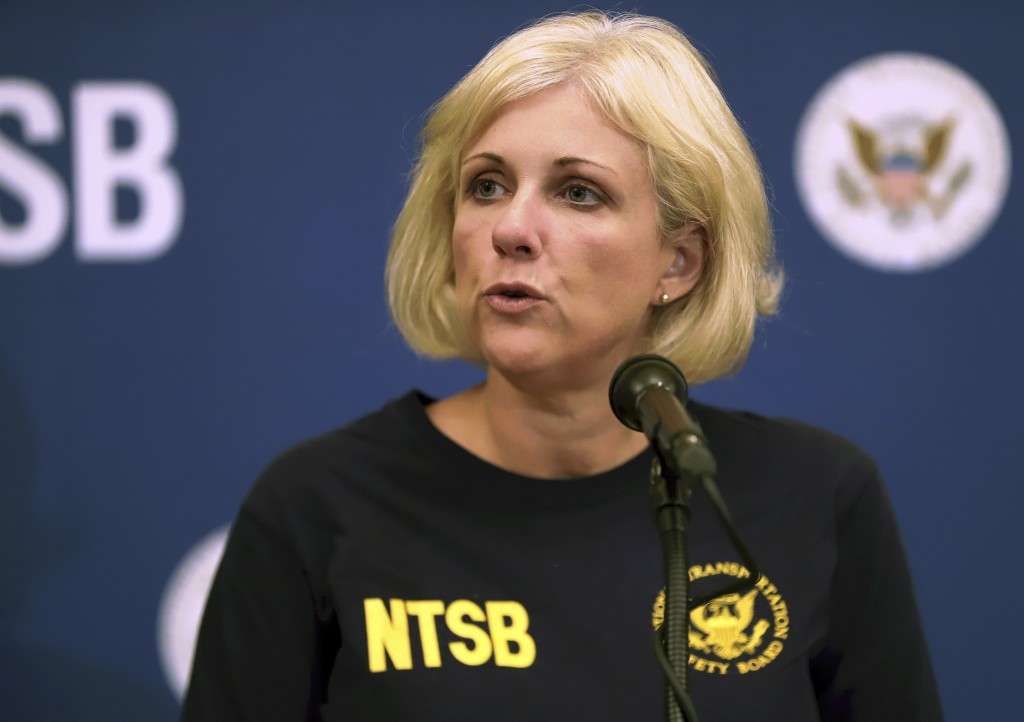 DETROIT (AP) — The new chairman of the U.S. National Transportation Safety Board wants governments and businesses to change the way they look at highway safety, considering the whole system rather than individual driver behavior.

Jennifer Homendy, nominated by President Joe Biden earlier this year, said such an approach works in aviation, where there were no U.S. fatalities last year. On the roads, there were 38,680 deaths nationwide, the greatest number since 2007. More than 8,700 motor vehicle deaths were reported in the first three months of 2021, up 10.5% from a year earlier. At the same time, vehicle miles traveled declined.

“The current approach, which favors automobiles and punishes only drivers for crashes, is clearly not working,” she said Monday in remarks prepared for a speech to the Governors Highway Safety Association conference in Denver. “If we are going to get to zero, we will have to do something different.”

Homendy used speeding as an example of the “Safe System Approach” to road safety. Rather than focusing solely on drivers, she questioned whether the whole system failed. She asked whether road designs encourage high speeds, or whether “ill-conceived” federal guidance has led to increasing speed limits in states. She also asked about states that take away the ability of local authorities to set lower speed limits and “manufacturers who design vehicles that can exceed 100 miles per hour or that have no speed limiters.”

Speeding-related crashes rose 11% last year, she said, with troopers in her home state of Virginia posting images on social media of tickets to speeding drivers, one for going 115 mph in an area with a 55 mph speed limit.

She told the group of state and territorial highway safety officials that speed limits and laws against impaired driving still have to be enforced. But she said enforcement alone can't make the roads safer.

Homendy called on road designers, public health officials, governors, vehicle makers, transportation providers and communities to share a new vision. “The carnage on our roads has to stop. You know it, and I know it,” she said.