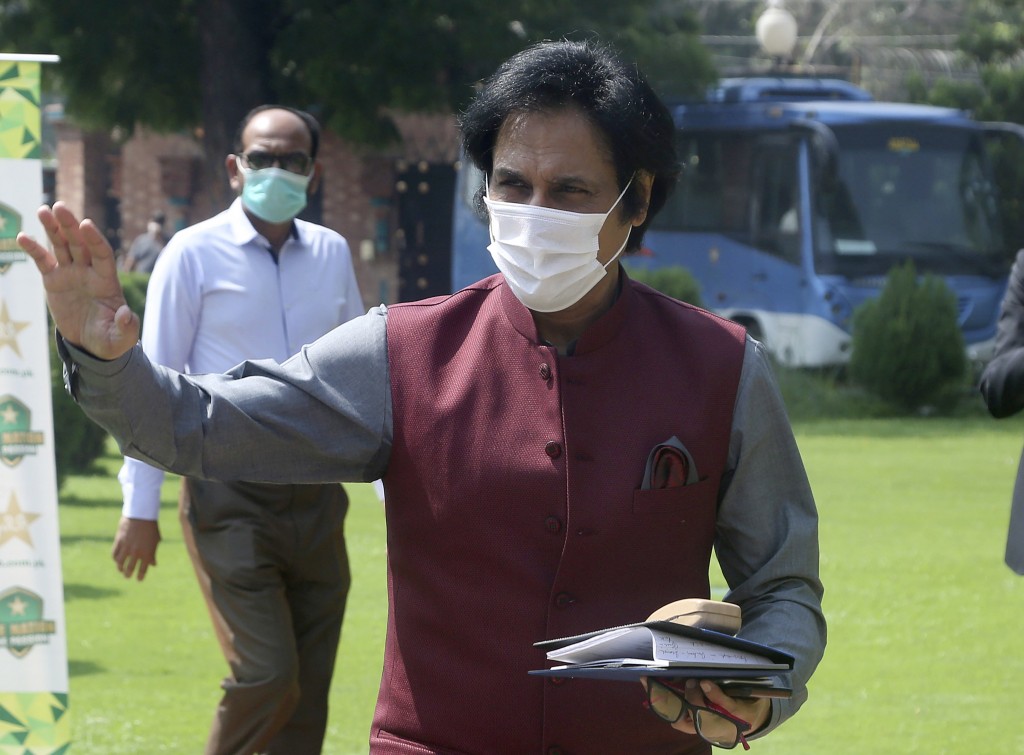 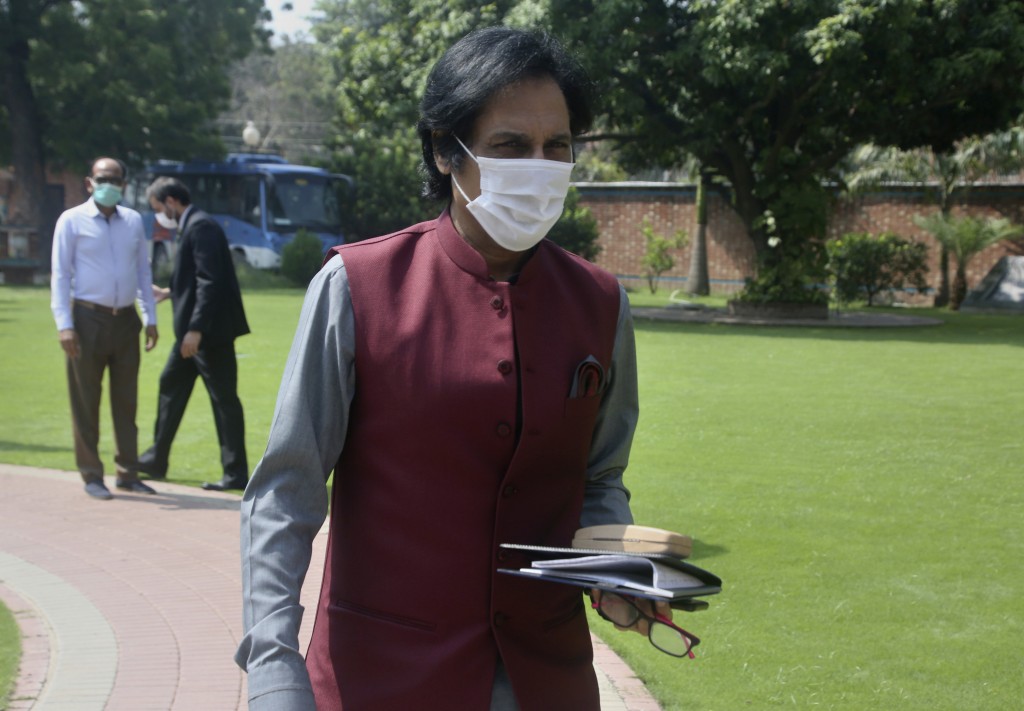 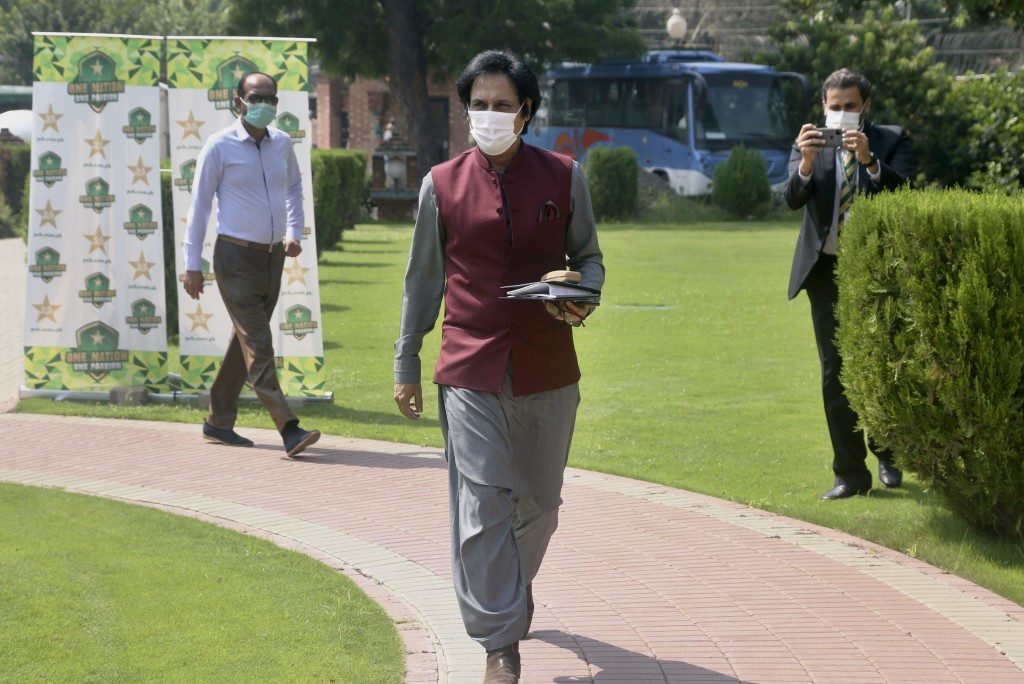 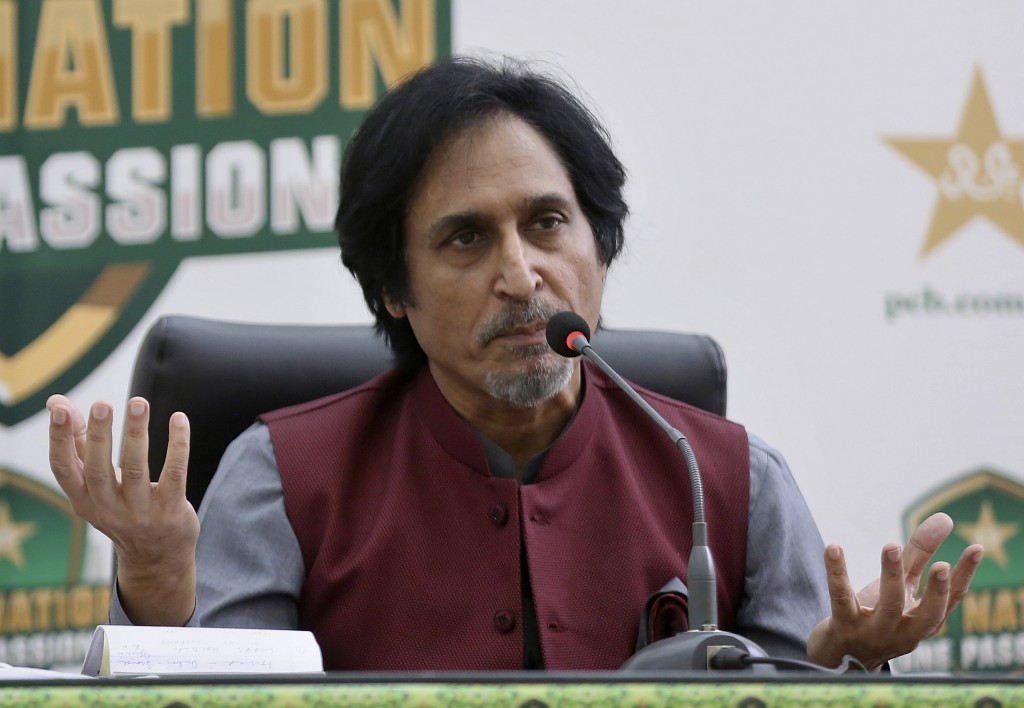 ISLAMABAD (AP) — Former Pakistan captain and renowned commentator Ramiz Raja was elected unopposed Monday as the chairman of the Pakistan Cricket Board for three years.

“Mathew Hayden can bring in aggression to this team,” Raja told reporters in Lahore. “Hayden has World Cup experience and is a world class player.”

Hayden has been signed up as batting consultant for the tournament in the United Arab Emirates, while Philander will be the bowling consultant.

“I know Vernon personally,” the 59-year-old Raja said. “He has a know-how of the bowling and he has a very good input.”

Hayden and Philander hired by the PCB after head coach Misbah-ul-Haq and bowling coach Waqar Younis stepped down soon after the tour of the West Indies, citing fatigue due to life in a bio-secure bubble during international matches.

Last month, Prime Minister Imran Khan, in his role as patron of the PCB, nominated Raja to the governing board. He was unanimously elected during a meeting in Lahore.

Khan and Raja were teammates on the 1992 World Cup squad that beat England in the final.

“One of my key focuses will be to help introduce in the Pakistan men’s cricket team the same culture, mindset, attitude and approach that once made Pakistan one of the most feared cricket playing nations,” Raja told the governing board members.

The 59-year-old Raja, whose elder brother Wasim also represented their country in test matches, is the only fourth former Pakistan international cricketer to head the cricket board. Abdul Hafeez Kardar, Javed Burki and Ijaz Butt are the others.

Raja scored 2,833 runs in 57 test matches and 5,841 runs in 198 ODIs before quitting in 1997. He also served as chief executive of the PCB but established his name more when he took up commentary and became the “voice of Pakistan.”

Raja's first goal is to see Pakistan beat archrival India in its opening T20 World Cup game on Oct. 24. Pakistan has never beaten India in a World Cup game, either in the 50-over or T20 format, losing all six matches.

“It’s a show-stopper, there’s no doubt about that,” Raja said about the India game. “When I talked to the cricket team I told them that this time we have to turn the tables.”

Raja backed the Pakistan team announced for the T20 World Cup in which experienced opening batsman Fakhar Zaman and leg-spinner Usman Qadir were not named in a 15-member squad but will travel with the team as reserves.

“The national side has the potential to win the World Cup and we need to back the side selected for the global event,” he said. “Pakistan cricket’s DNA consists of fearlessness, and we need to define a proper model and provide clarity to achieve desired results.”

Raja also backed the domestic cricket structure in which only six teams participate in first-class tournaments. He also announced an increase of 100,000 rupees ($600) a month in the contracts of 192 domestic cricketers.

“It is our duty to care for our cricketers and continue to take measures which strengthen our system,” he said. “This will also play a role in ending any uncertainty surrounding the current cricket structure. The welfare of present and former cricketers is paramount to me.”