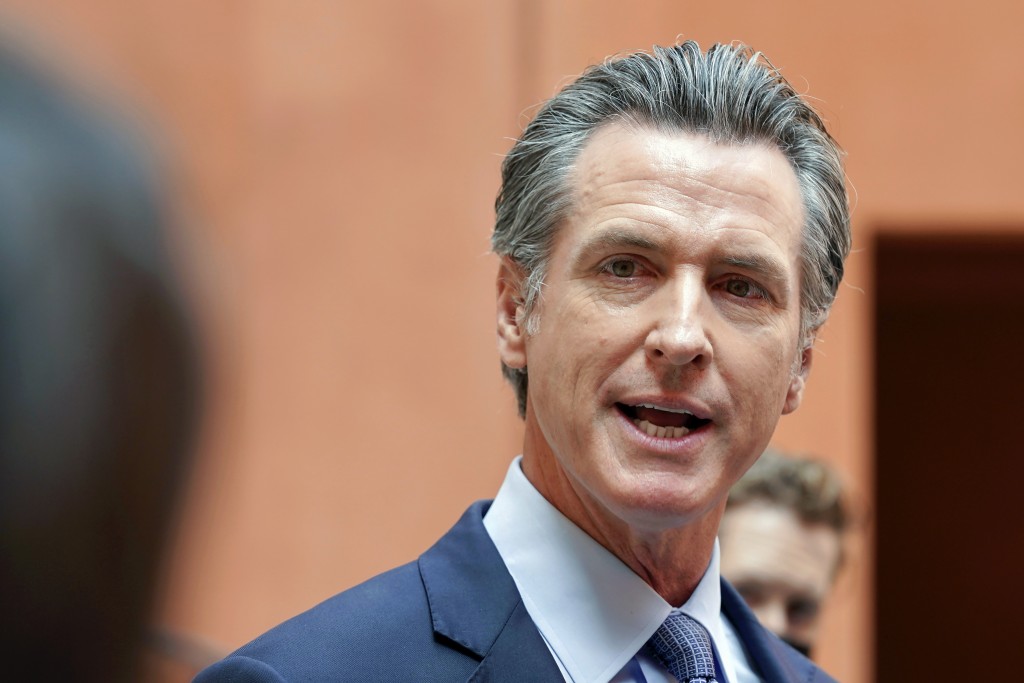 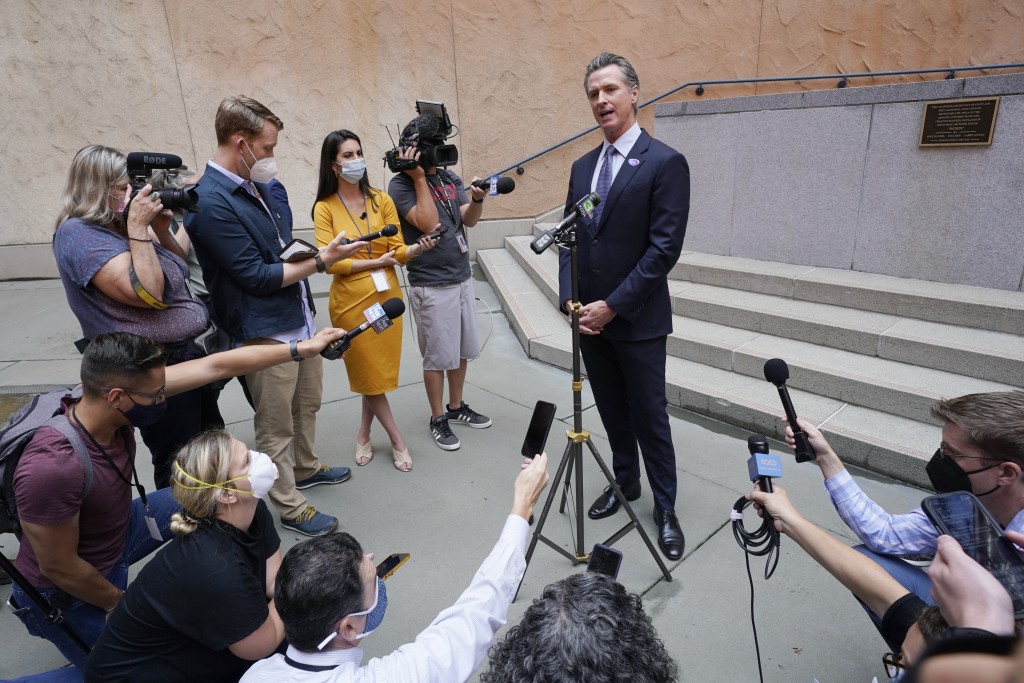 SACRAMENTO, Calif. (AP) — California's recall on Tuesday will be the biggest election since Joe Biden became president, and its results may hint at the political trajectory of the country.

In a state where Democrats outnumber Republicans 2-to-1, Democratic Gov. Gavin Newsom is seen as having the upper hand in his bid to fend off the GOP-fueled recall. Republican talk show host Larry Elder is the leading Republican replacement.

But California's recalls are like no other elections. Voters have to decide whether to recall the officeholder — in this case, Newsom — and then answer a second ballot question over who should be the replacement. This unorthodox process has had wild outcomes before — it led to actor Arnold Schwarzenegger becoming governor in 2003.

Five things to look for in Tuesday's unusual contest:

The effort to recall Newsom began over his policies on immigration, crime and taxes but gained steam after he ordered restrictions to curb the pandemic and urged Californians to stay home — and was caught going against his own guidance while dining with friends at one of the country’s most expensive restaurants.

Republicans had hoped the recall would become a referendum on California’s chronic problems with crime, energy, homelessness and high housing prices. But the delta variant has kicked the coronavirus outbreak back to the top of issues the public is worried about.

Newsom and his team sprung into action, trying to make the race instead a referendum on COVID-19 precautions like masking in schools and vaccine mandates. Democrats began warning that replacing Newsom with a Republican would turn California into another Florida — a reference to how the Republican governor of that state, Ron DeSantis, has fought mask and vaccine mandates even as the virus has spiked there.

Ace Smith, a top Newsom strategist, said the campaign has demonstrated that politicians shouldn’t be “timid” on the coronavirus.

“The campaign seized on that and used it to literally create a very simple choice for voters,” Smith said.

Whether that choice pays off for Democrats could change the tenor of the national debate. Smith already says he thinks Democrats — bracing for a traditionally tough midterm election next year because they're the party in power — should be more aggressive touting “sanity” on public health.

CAN THE GOP BROADEN ITS TENT?

California is a rough place to be a Republican. The party hasn't won a statewide election since 2006, and Democrats have a legislative supermajority.

Yet 2020 was a relatively good year for the GOP in California, as they won several congressional swing seats in Southern and Central California.

Some analysts have seen signs in polling that Latinos, traditionally a key Democratic constituency in California, may have soured on Newsom. If that proves true, it would be part of a national trend that led Republican Donald Trump to gain significant ground among the demographic in his losing presidential campaign last year.

Both parties will be watching Latinos and another significant California group, Asian Americans, for the slightest sign of GOP gains.

WHAT SHOULD I KNOW ABOUT LARRY ELDER?

A longtime conservative talk radio host, Larry Elder has become the unlikely face of the recall movement. He's the top-polling Republican among those vying to replace Newsom, and the governor's team has been happy to keep the sometimes-bombastic Elder in the spotlight, highlighting his support for Trump and opposition to vaccine mandates and abortion rights.

Elder, who is Black, may be able to draw more young voters of different backgrounds into the GOP. But several Republicans think he'll alienate plenty of other voters. They fear he's given Newsom an easy target to make the recall a partisan referendum, one that Democrats will inevitably win.

But there are questions about how willing Elder will be to accept the results of Tuesday's recall if Newsom staves off his ouster.

Elder has begun to echo Trump by baselessly predicting that Newsom will win the recall only if Democrats engage in voter fraud. Elder said last week that his campaign has an “integrity board,” with lawyers ready to look into questions about possible fraud or other irregularities. People can contact his campaign through his website.

“I believe that there might very well be shenanigans, as there were in the 2020 election,” he said, referring to Trump’s disproven claims of massive voter fraud in his loss to Democrat Joe Biden.

WHEN WILL WE KNOW WHAT HAPPENED?

California's recalls are different than elections in other states, and so is the way California counts ballots. The state allows any ballot to count as long as it's postmarked by Election Day and received within seven days. So new votes are tallied late into the week and sometimes into the following week. The count itself is notoriously slow and can take more than a month before it's finalized.

Most California Democrats vote by mail, and Republicans tend to vote in-person and have their ballots tallied faster. So whatever the results Tuesday night, they'll likely become more and more Democratic as the counting continues.

WHAT WILL WE LEARN ABOUT THE MIDTERMS?

The California recall is unlike most other elections, and definitely unlike the House and Senate elections coming next year. Republicans are hoping to win back Congress, as the opposition party often does in a midterm. The results of a recall election in one of the country's most Democratic states may not be the best way to figure out if that's going to happen.

Still, California contains many congressional swing districts, particularly in Orange County and the Central Valley. Their performance in the recall may offer a hint of whether Democrats remain politically engaged in the post-Trump era and whether the GOP can win back voters who were turned off by Trump.

Finally, the recall could provide a barometer about whether voters will reward politicians who are proactively implementing pandemic restrictions in an effort to help keep citizens safe or whether they will view them more as an infringement on their personal liberties.

Whether Newsom's coronavirus argument wins over voters not just in the state's more liberal areas but also in its swing districts may be a good indicator on where 2022's 36 gubernatorial races are heading.