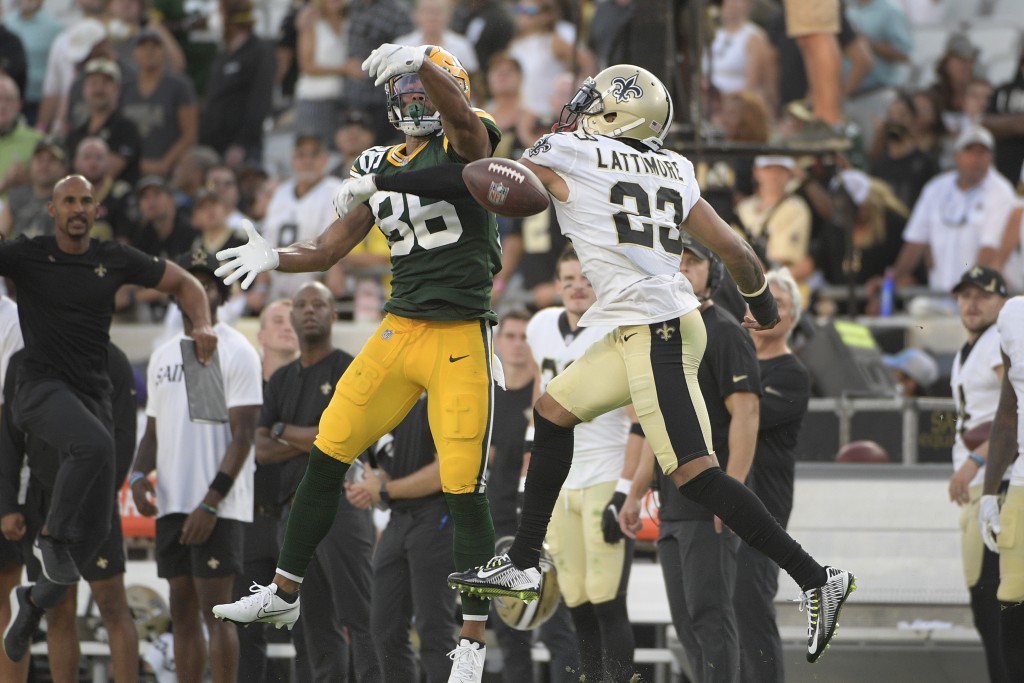 JACKSONVILLE, Fla. (AP) — New Orleans Saints top cornerback Marshon Lattimore, the 11th overall draft choice in 2017, has agreed to a five-year extension worth in the range of $97 million, a person familiar with the situation said.

The person spoke to The Associated Press on condition of anonymity Sunday night because the agreement had not been announced.

The 25-year-old Lattimore, who was the AP Defensive Rookie of the Year in 2017, has 10 career interceptions and has been named to three Pro Bowls, entered this season going into the final year of his rookie contract. The NFL Network first reported the agreement on his extension.

Lattimore had been listed as questionable Saturday with a knee issue, but started against Green Bay and helped limit Packers star receiver Davante Adams to five catches for 56 yards in a 38-3 Saints triumph.

Lattimore did not speak with reporters after the game, but quarterback Jameis Winston gushed about the defense.

“When you hold Aaron Rodgers 1 of 10 on third down, that’s just incredible,” Winston said after throwing five touchdown passes in the victory. “When we are able to hold one of the top offenses of last year to three possessions in a half.”

Lattimore was arrested on a gun possession charge in Cleveland this offseason, but resolution of the case is still pending and the NFL has been known to wait until the legal process plays out before determining discipline such as fines and suspensions.