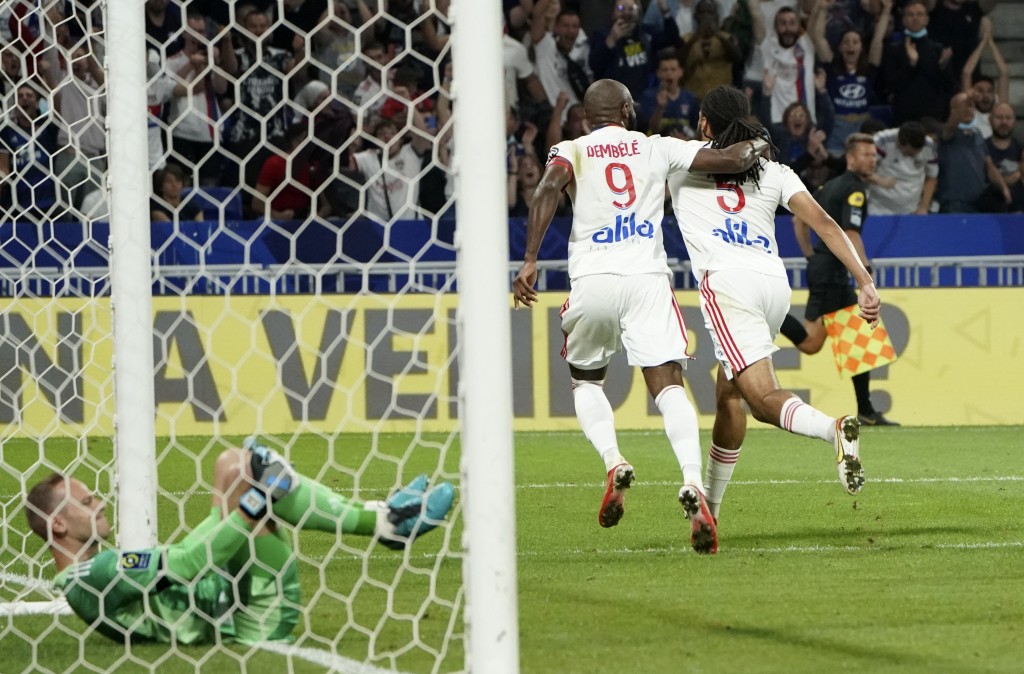 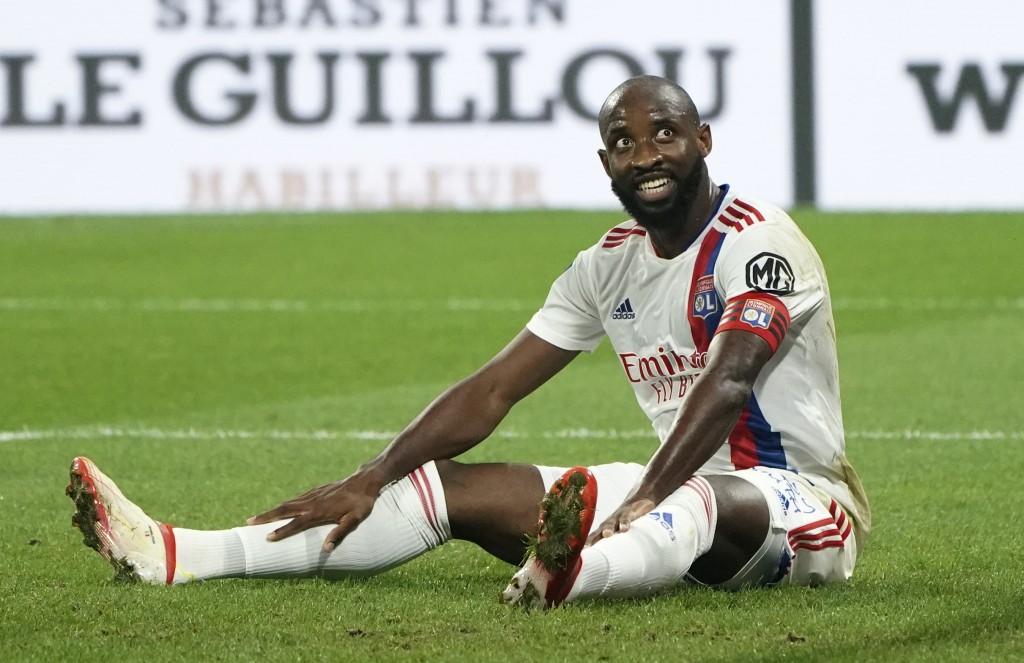 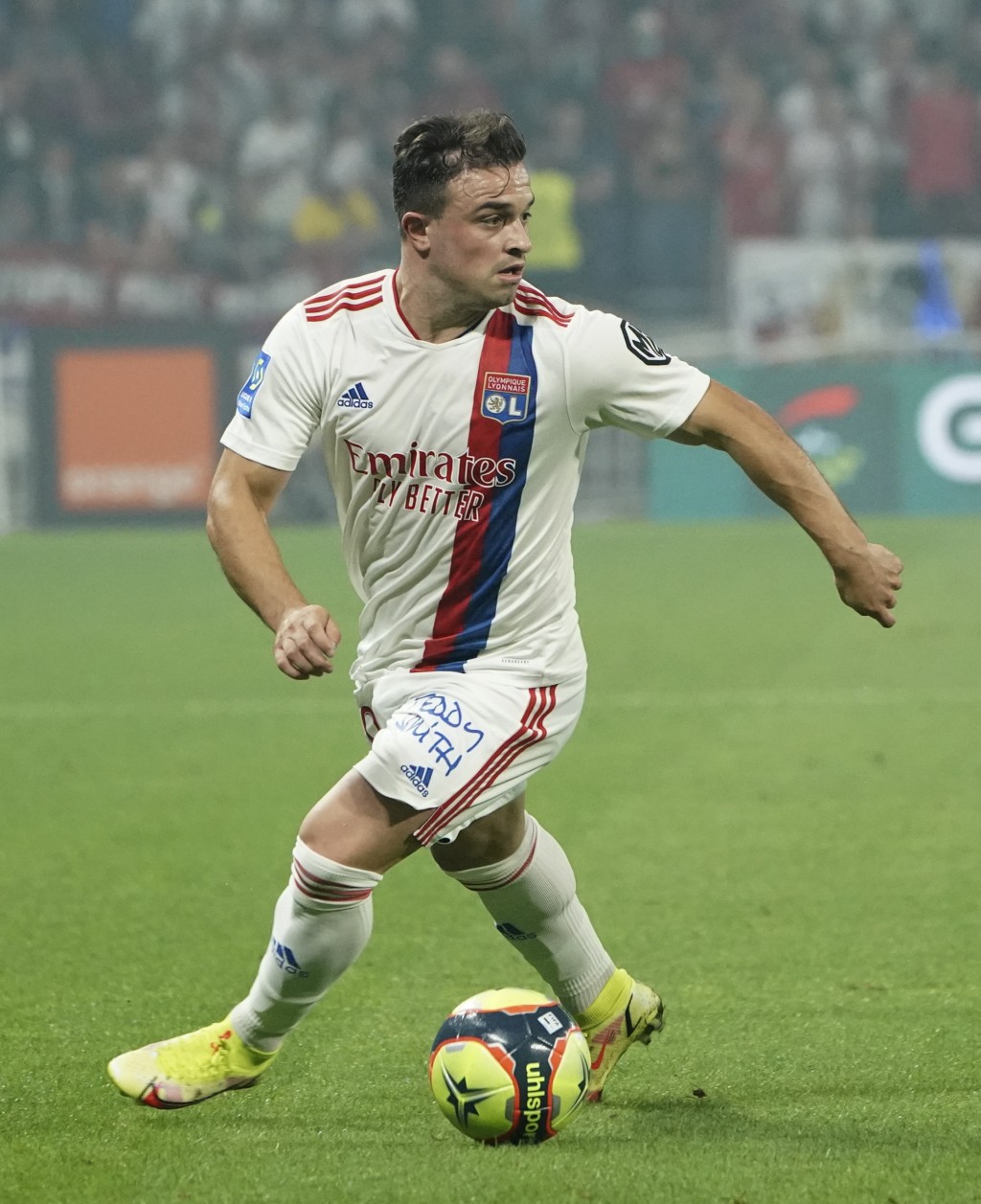 PARIS (AP) — Lyon secured its second win of the season under new coach Peter Bosz and moved up to seventh in the French league after beating Strasbourg 3-1 on Sunday.

New signing Jerome Boateng, who joined from Bayern Munich late in the summer transfer window, came on a few minutes before Denayer’s goal.

Striker Moussa Dembele had put Lyon ahead after just seven minutes when he chested down a long pass from Bruno Guimares and rifled home with his left foot.

Houssem Aouar picked out fellow midfielder Lucas Paqueta for the third goal in the 86th to cap a comfortable night ahead of a difficult trip next Sunday to face PSG.

Earlier Sunday, Angers needed a late penalty from midfielder Thomas Mangani to scrape a 1-1 draw at struggling Brest on Sunday and maintain its unbeaten start to the campaign.

Mangani has been reliable from the spot in recent seasons and made no mistake in the 79th minute for his 13th penalty in 20 goals for the club. Romain Faivre's penalty put Brest ahead in the 61st.

Angers has made a surprisingly strong start under inexperienced new coach Gerald Baticle, who replaced Stephane Moulin after he left in the offseason following 10 years at the club.

Angers has 11 points from five games and is four points behind league leader Paris Saint-Germain, but is only one point ahead of Marseille, which is in third spot and has played one game less.

Nice forwards Amine Gouiri and Kasper Dolberg were on target as the southern side won 2-0 at Nantes to move into fourth spot.

After Denmark striker Dolberg netted in the 74th minute, new signing Andy Delort set up Gouiri's fourth goal of the season five minutes later. Gouiri is level at the top of the scoring charts with PSG star Kylian Mbappe.

Nice coach Christophe Galtier guided Lille to the title last season on the back of the league's best defense. But he felt his team rode its luck at times in this match.

“Nantes had a lot of chances, they were a bit wasteful, a bit unlucky and our goalkeeper played well,” Galtier said. “When you see the opposition missing so many chances, then you know you'll get chances in the last 15 minutes when the game starts opening up.”

Forward Florian Sotoca scored in the fifth minute of injury time to earn fifth-place Lens a 3-2 win at Bordeaux, which dropped to last.

Promoted Troyes moved off the bottom thanks to a 2-0 win at Metz, while midtable Reims won 2-0 at Rennes.

Montpellier beat Saint-Etienne 2-0. Midfielder Teji Savanier set up striker Stephy Mavididi in the first half and Mavididi created a goal for Valere Germain in the second half.

Germain netted on his club debut after joining from Marseille.