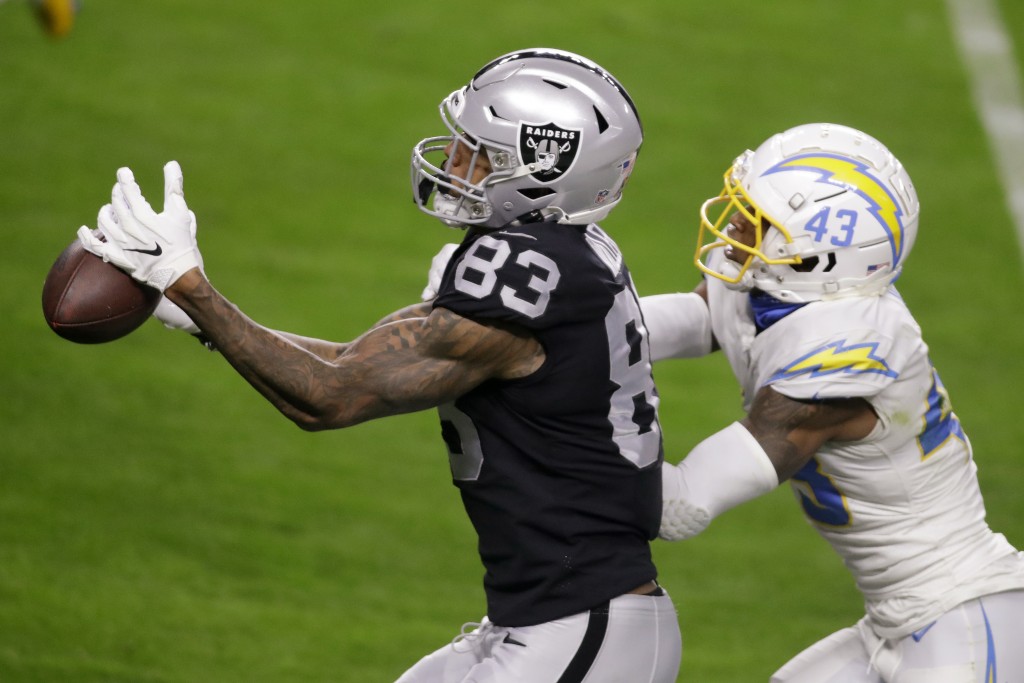 As players warmed up a few hours before a game in Baltimore three years ago with the Raiders playing out the string of another lost season, something caught the eye of offensive coordinator Greg Olson.

Darren Waller, then just a mostly unknown practice squad player for the Ravens, was running with ease around the field with his 6-foot-6, 255-pound frame.

“We didn’t have anybody that looked like Darren Waller, not in terms of size, the speed, the athleticism,” Olson recalled this week. “I just hadn’t seen a player like that.”

Olson went back to the locker room and told coach Jon Gruden about the intriguing player he saw. By the time the Raiders were flying home following a 34-17 loss that dropped them to 2-9 on the season, Gruden had already made what has been his best decision since returning as Raiders coach.

Now Waller is a key part of the Raiders offense that will take on Baltimore in the season opener on Monday night.

“When we got on the plane at the end of the game, we were on the runway actually and he said, ‘Sign that guy that you saw on the practice squad. We just signed him,'" Olson said. "He had to have the confidence in me, but obviously without him going forward with it, it wouldn’t have happened. So, real thankful and fortunate to have that relationship with him.”

The Raiders are fortunate Olson saw what he did because Waller developed from a converted receiver whose career had been stalled by substance abuse problems into one of the most dynamic offensive players in the NFL.

They officially added Waller to the roster two days after the loss in Baltimore and he showed flashes late that season.

Waller then became a star in 2019 when he had 90 catches for 1,145 yards and three TDs to rank second to Travis Kelce among tight ends. He was even more productive last season with a Raiders-record 107 catches for 1,196 yards and nine TDs.

Now heading into his first game against the team that drafted him in the sixth round in 2015, Waller will be a top priority for the Ravens defense.

“Every time I see him do something or read his name in the paper, I get mad, because he was here,” Ravens coach John Harbaugh said. “It’s like, ‘What happened?’ I think back on it, ‘Well, a lot of things happened.’ Now we have to play against him for the first time, and it’s a huge challenge.”

Waller holds no ill will toward the Ravens, blaming himself for not reaching his potential in Baltimore.

Waller was suspended four games in 2016 and all of 2017 because of drug violations. He spent the 2018 season on the Ravens’ practice squad before the Raiders signed him after he had 12 career catches in 18 games with Baltimore.

“There’s not any kind of hard feelings or resentment or anything like that,” Waller said. “They didn’t even have to give me a chance to be on the practice squad. They could of just cut me before that. They had no reason to bring me back, but they still did. That gave me an opportunity. That allowed me to improve on my skills and take advantage of this opportunity when I came here. So I’m grateful for them.”

Waller’s journey has been an inspiring one. He has worked tirelessly to help others with addiction, whether it's a teammate such as defensive end Maxx Crosby or the kids he helps through his foundation.

Olson said it's that work off the field that has been the most gratifying to see.

“Has he exceeded expectations athletically? No, because he’s a phenomenal athlete,” Olson said. "But as far as a person and the character that he exhibits right now, he’s like one of the top people you could ever meet. He’s unbelievable, humble, transparent, a phenomenal worker and prepares like you wouldn’t believe. So, that part of it I guess we were blessed to have a guy like that and were fortunate.”