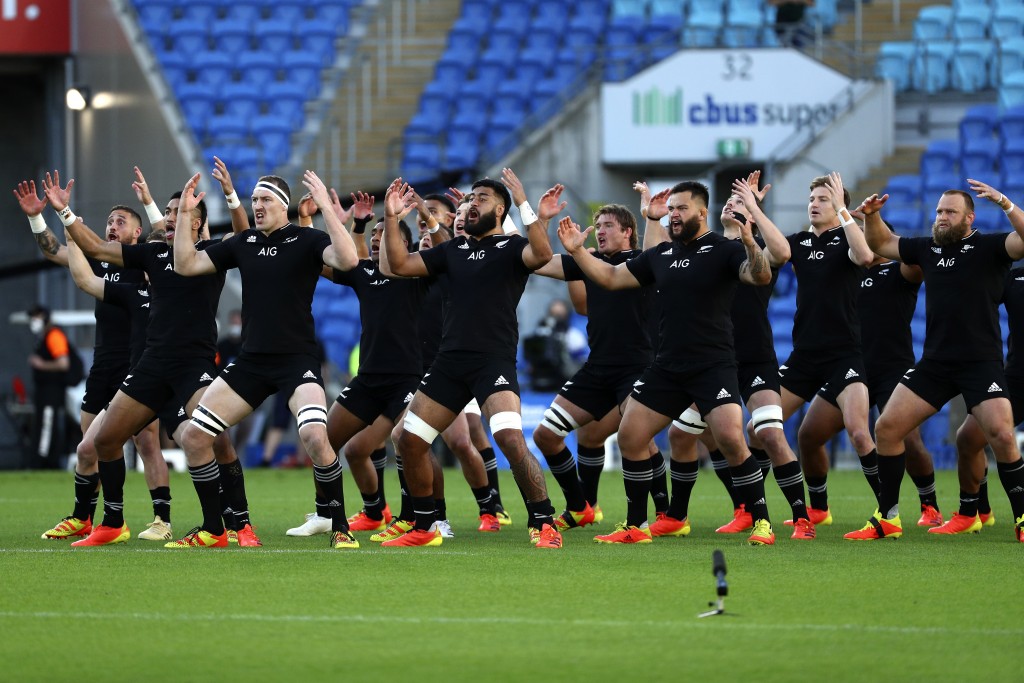 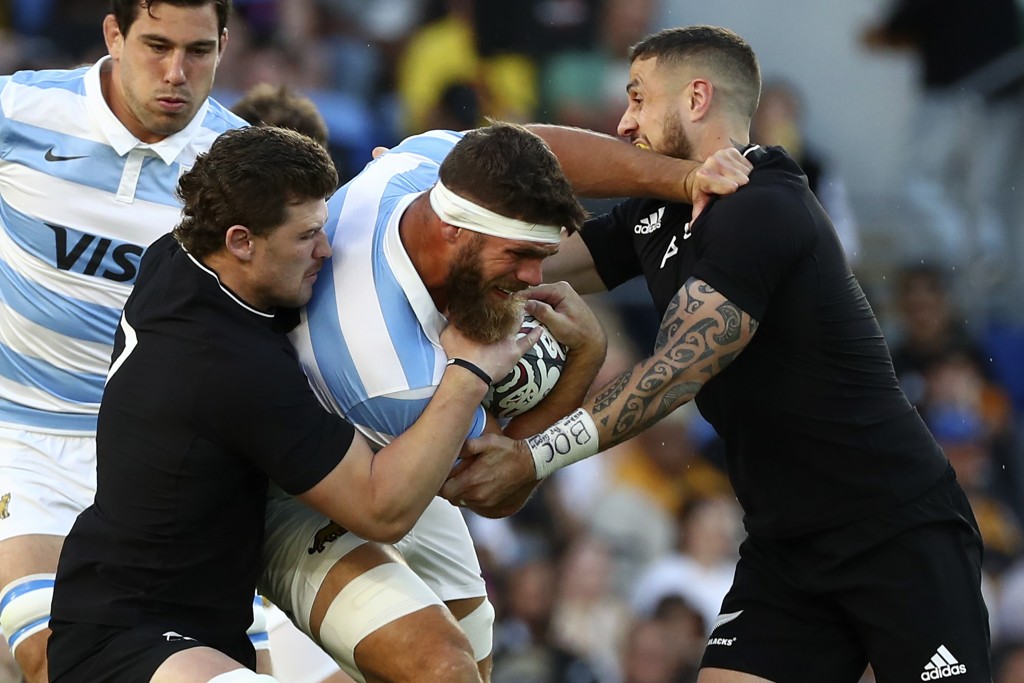 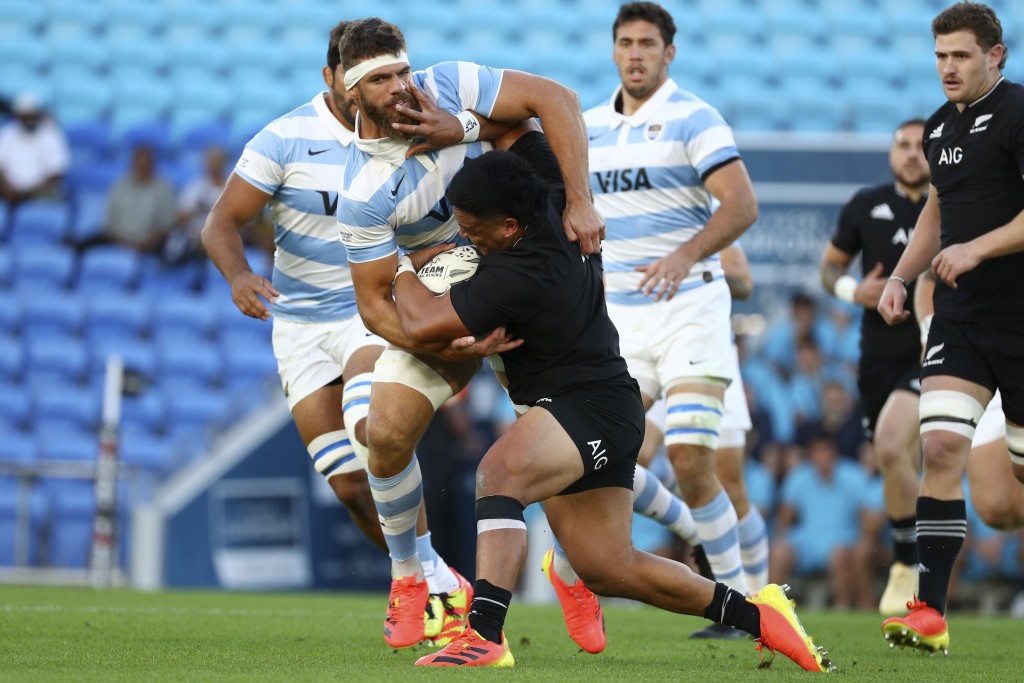 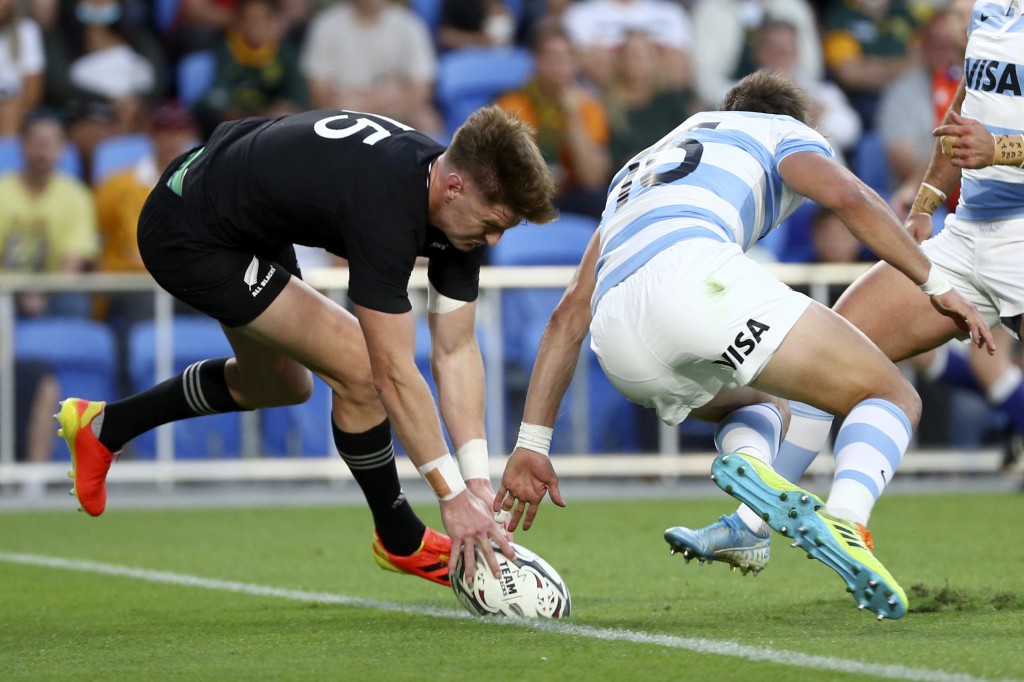 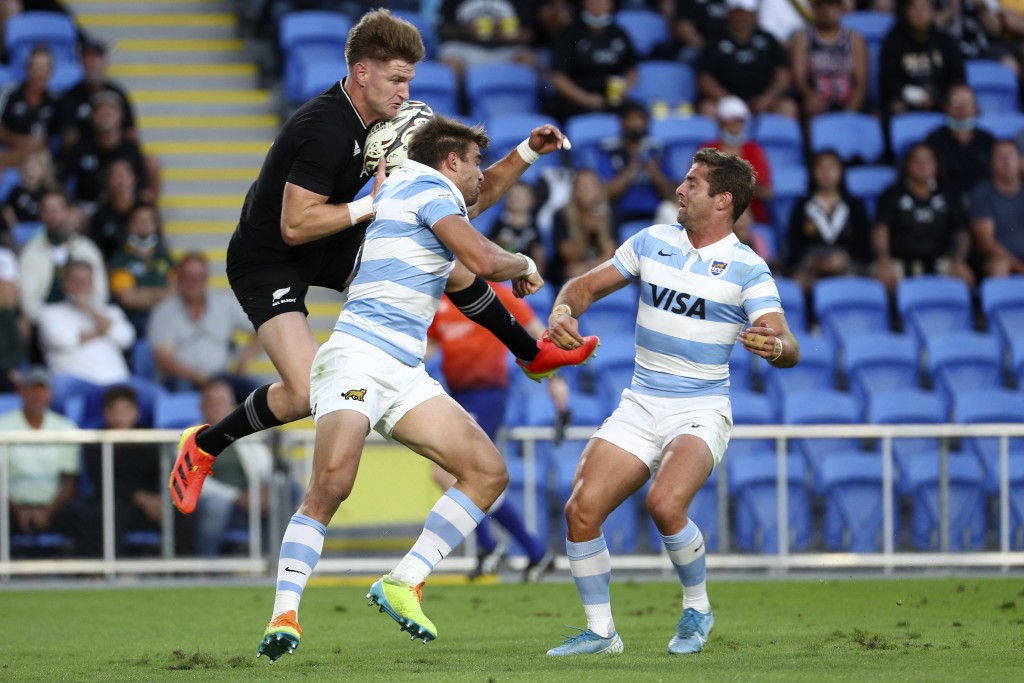 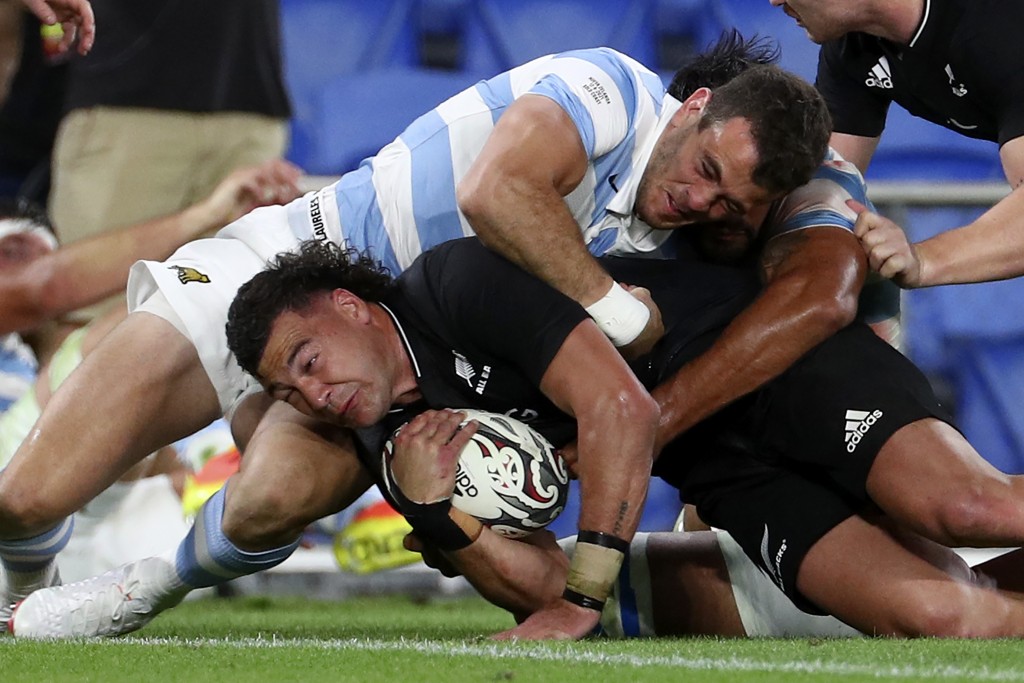 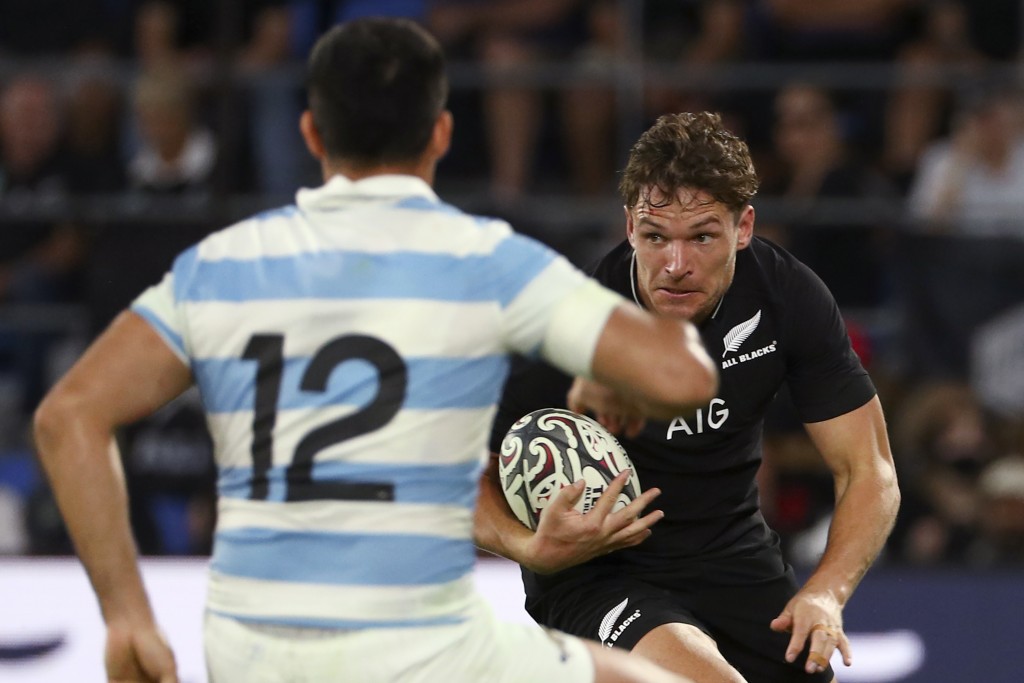 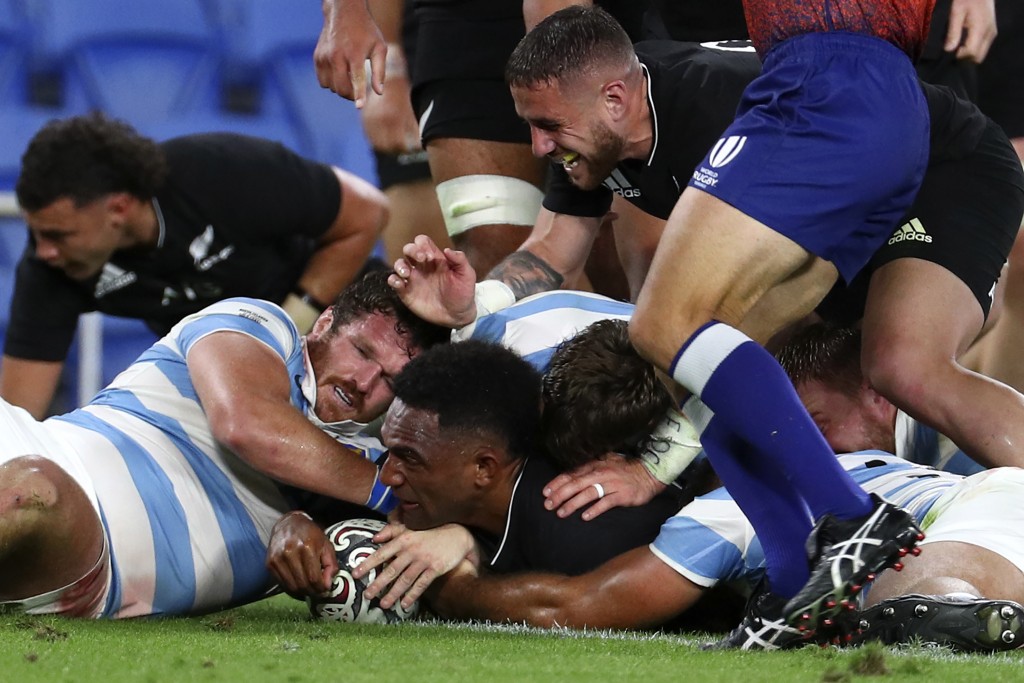 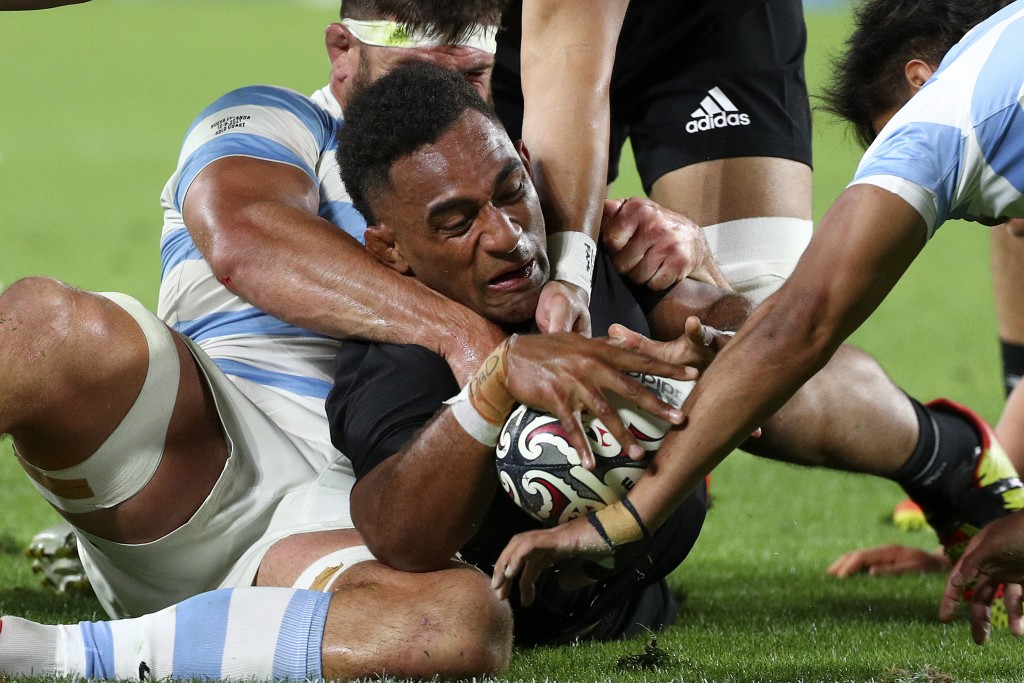 GOLD COAST, Australia (AP) — Rieko Ioane was a late addition to the New Zealand starting lineup and he was on the scoreboard early against Argentina.

Ioane scored in the 10th minute and New Zealand crossed for two more tries just before halftime on the way to a 39-0 win Sunday to kick off a month of Rugby Championship doubleheaders.

The All Blacks had back-to-back wins over Australia in the second and third Bledisloe Cup tests that also doubled as Rugby Championship matches and now have three wins from three starts in the 2021 tournament.

Argentina was coming off consecutive losses in South Africa before heading to Australia to spend 14 days in isolation on the Gold Coast.

“Compared to the last few weeks when we were able to find more space, we really had to break the Argentinians down. They’re great defenders and they slide well," All Blacks stand-in captain Brodie Retallick said. “We’ve got another game next week and two games against the South Africans, so it’s not going to get any easier.”

All Blacks coach Ian Foster highlighted keeping the Pumas scoreless and remaining composed against an imposing defense as the keys to New Zealand's convincing win.

“I use that word patient. We know that they try to frustrate you, they try to force you to do things you don’t really want to do to get quick ball," he said. “And I liked the way we just kept going. They made a lot of tackles today and eventually we wore them down.”

The Pumas were trailing 7-0 until Beauden Barrett slotted a penalty goal in the 34th minute. Then the All Blacks piled on, with winger Sevu Reece burrowing over from close range in the 37th and flanker Dalton Papalii scoring in the left corner just before the break to make it 22-0.

Between those tries Argentina backrower Pablo Matera was yellow carded for a ruck infringement, leaving the Pumas a man short in defense.

Beauden Barrett took the ball to the line in the 47th and beat two defenders before flicking a back-of-the-hand pass to No. 8 Luke Jacobson to score New Zealand's first points of the second half.

New Zealand had a try disallowed in the 66th but, with Argentina down a man again with replacement prop Carlos Muzzio yellow carded, Jacobson barged over from close range for his second try.

Argentina coach Mario Ledesma said he couldn't fault the Pumas' commitment against an All Blacks team that was dominating possession and field position, but conceded discipline was again a concern after his team conceded 18 penalties and two yellow cards.

The Pumas were intent on slowing down New Zealand's ball and frustrating the All Blacks attack.

Ioane, who was drafted in when center Anton Lienert-Brown was ruled out hours before the match with a hamstring strain, opened the scoring when he beat teammate Jordie Barrett to the ball in the in-goal area.

Jordie Barrett went close to doubling the lead when he jumped high to grab a cross-field kick from his brother, Beauden, but couldn’t ground it inside the dead-ball line. It was one of several scoring chances the All Blacks weren't quite able to convert.

It was a vastly different outcome to the corresponding match last November in Sydney when Argentina, by dominating possession, controlling field possession and defending faultlessly for 80 minutes, was able to beat New Zealand for the first time in 31 tests.

New Zealand hasn't conceded a point to the Pumas since, responding by winning the return game 38-0 and winning the condensed Tri-Nations series last year.

New Zealand now leads the Rugby Championship after beating Australia 57-22 and 38-21 in its first two matches of the tournament.

The remainder of the tournament is being held in Queensland state because of travel complications caused by the COVID-19 pandemic, with double-headers on the Gold Coast and in Brisbane and Townsville over the four weekends.