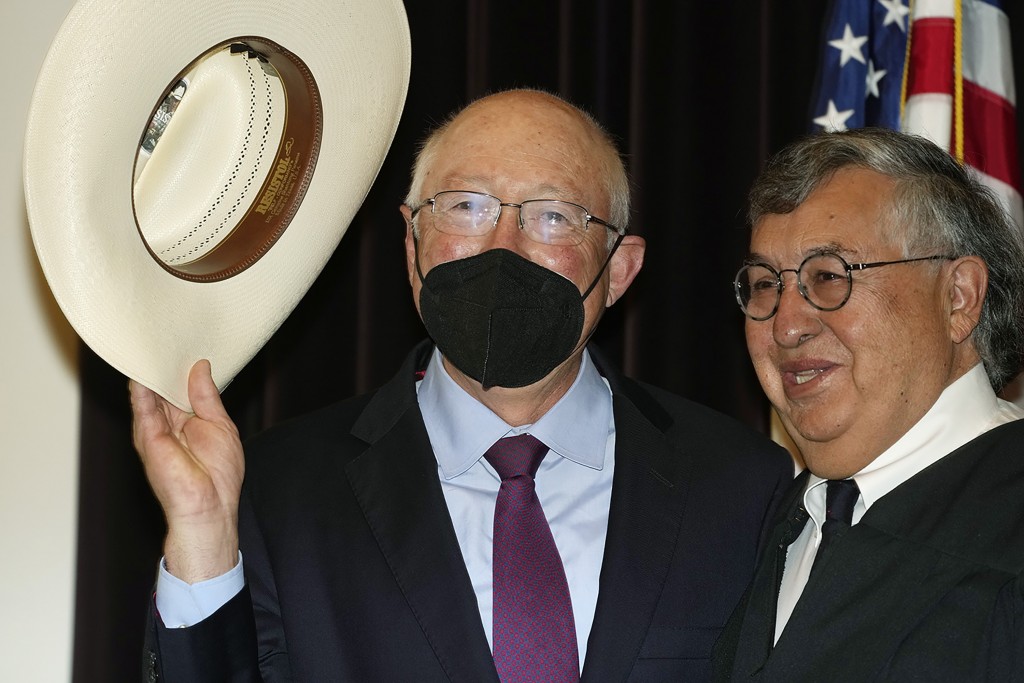 MEXICO CITY (AP) — The new U.S. ambassador to Mexico arrived Saturday in the Mexican capital promising to work together with officials here to address common challenges like the pandemic and migration.

“We’ll work to ensure we have a migration system that works both for the United States and Mexico,” Salazar said in Spanish after arriving at the Mexico City international airport. He didn’t answer questions.

Salazar arrived in Mexico two days after top advisers to presidents Joe Biden and López Obrador met in Washington to restart a high-level economic talks. Officials said they are eager to advance on topics as migration, infrastructure and trade.

Migration has remained a particular issue for both countries.

In Mexico, López Obrador has faced criticism in recent weeks over images of Mexican immigration agents and National Guard troops clashing sometimes violently with migrants in the southern state of Chiapas. The migration pressure in southern Mexico as well as at the U.S.-Mexico border led López Obrador to renew his effort to persuade the United States to commit funding to social projects he has implemented in southern Mexico that he says could be expanded to Central America.

López Obrador said he sent a letter to Biden suggesting that people participating in the programs should also be offered work visas in the United States.