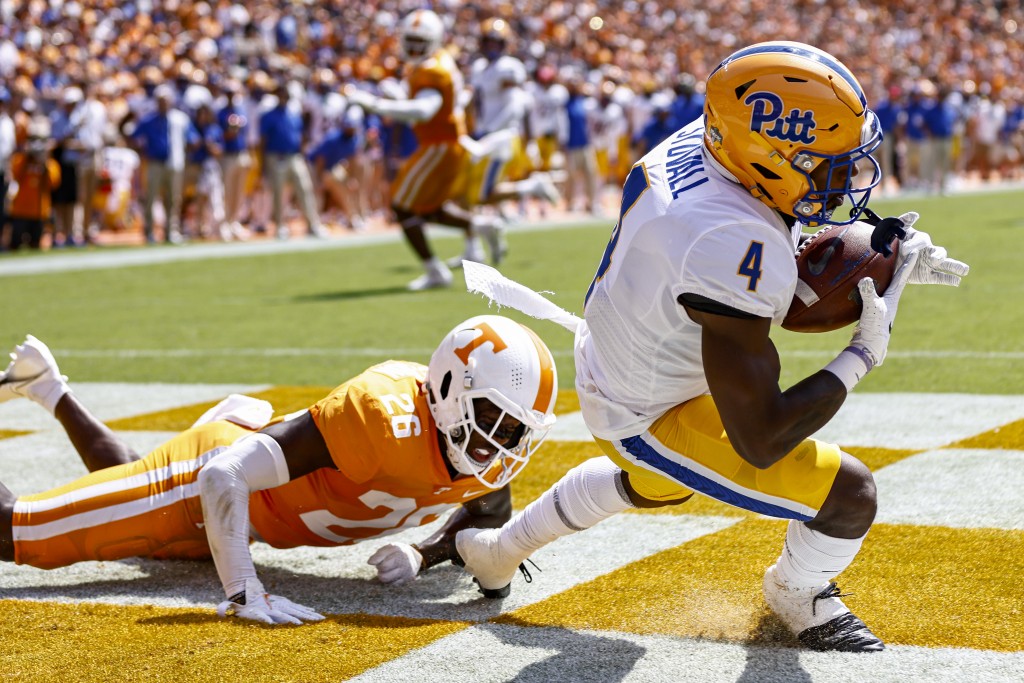 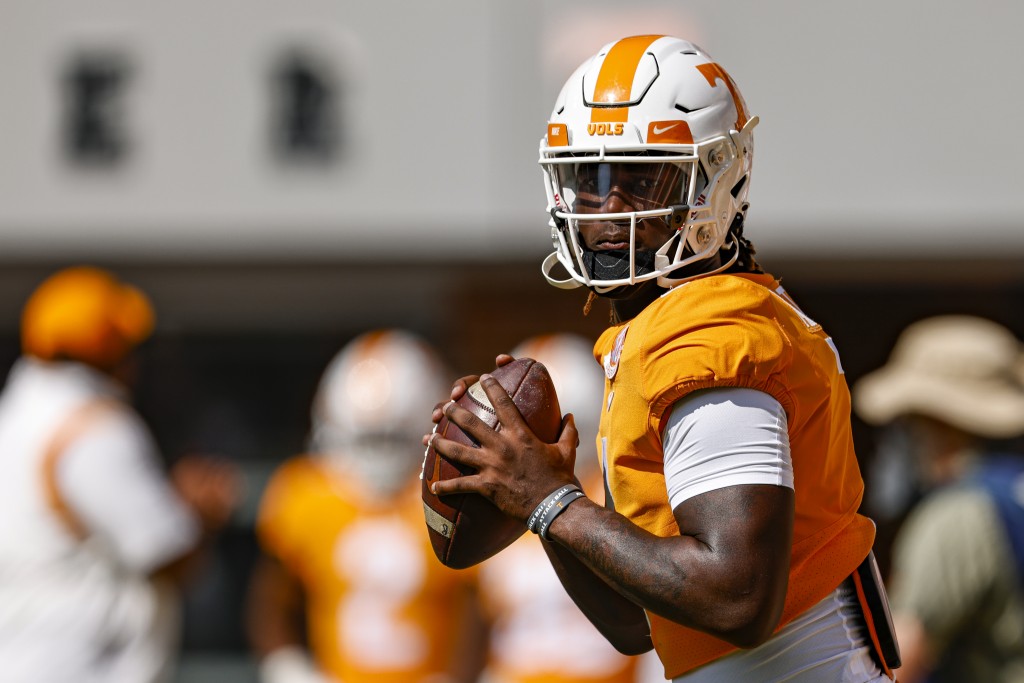 KNOXVILLE, Tenn. (AP) — Kenny Pickett threw for 285 yards and two touchdowns and ran for a score to lead Pittsburgh to a 41-34 victory over Tennessee Saturday.

The Panther defense collected five sacks, recovered two fumbles, had an interception and a crucial fourth-quarter goal-line stand to seal their second victory of the season.

The Volunteers (1-1) lost the game and a starting quarterback. Joe Milton went down with a lower leg injury after being sacked and losing a fumble early in the second quarter.

Hendon Hooker came on to throw for 189 yards, but the mistakes hurt the effort.

Just when Tennessee's offense was showing signs of life in the fourth quarter, the Panthers came up with an answer.

The Vols' defense ran into tackling issues on a 75-yard drive that resulted in a 5-yard pass from Pickett to Jordan Addison and a 41-27 Pitt lead.

Pitt's second double-digit lead didn't last long. Hooker ran for 23 yards, then hit Jacob Warren over the middle for 34 to the Panthers' 2. Jaylen Wright scored on his third try.

Wright had an opportunity to tie the game midway through the fourth quarter. On fourth-and-1 from the Pitt 3, John Petrishen shot the gap and hit Wright for a loss, giving Pitt the ball. Three plays and a bad punt later, the Vols had the ball back 34 yards away from tying the game.

Pitt's Brandon Hill ended that threat with an interception.

After leading by seven at halftime, Pitt kept the pressure on. The Panthers went 60 yards and Pickett scored from a yard out.

It took Hooker a while to take ownership of the Tennessee offense. After replacing Milton early in the second quarter, the attack sputtered until he led a 63-yard drive that ended when he hit Warren for an 8-yard TD.

After a stale first quarter and trailing 10-0, Pitt put 27 points on the board in the second.

The Panthers went 92 yards in 11 plays, with the payoff coming on an 11-yard connection between Pickett and Melquise Stovall.

The Vols constantly tried the deep ball, showcasing Milton's arm. The strategy loosened the Pitt defense, allowing Milton to run 54 yards to the Pitt 5. A personal foul moved the ball back to the 22, then an offensive pass interference call took it back to the 37. Chase McGrath converted on a 48-yard field goal for a 13-7 lead.

Pitt got a little fancy on its next possession. After a long pass and another personal foul on the Vols, Pickett took the snap, threw a lateral fo Jared Wayne who then found Lucas Krull in the end zone from 16 yards and a 14-13 advantage.

Defensive lineman Keyshon Camp knocked Milton out of the game and came up with the fumble at the same time, giving Pitt the ball on the Vols' 19, Four plays later, Sam Scarton made it 17-13 with a 38-yard field goal.

The Tennessee offense went nowhere, and Pitt took advantage with another field goal and 20-13 lead.

It didn't take long for the hosts to tie it up. Jimmy Calloway took a wide receiver screen from Hooker 44 yards for a TD to cap a drive that went 68 yards in four plays.

Pitt didn't waste the final 2:16 of the first half. The Panthers went to work and put together a 75-yard drive that Vincent Davis finished off from 2 yards with 19 seconds to spare.

After Pitt's opening drive yielded minus-4 yards, Tennessee's Christian Charles blew through the middle of the Panther line and smothered Kirk Christodoulou's punt. Nick Humphrey fell on it at the Panther 2-yard line. Jabari Small made it 7-0 on the first snap.

Pitt: Everybody talks about Josh Heupel's big-strike, uptempo offense. The Panthers proved that they can put some big numbers on the board if need be.

Tennessee: Even without Milton, the Vols' offense can be effective. Hooker, the Virginia Tech transfer, was productive through the air and on the ground.

Pickett's 1-yard third-quarter sneak for a touchdown gave him 16 career rushing TDs, tying him with Rick Trocano (1977-80). Trocano was under center when Pitt beat Tennessee in 1980.

Last week, in a lopsided win over Bowling Green, Tennessee running back Tiyon Evans rushed for 120 yards and a touchdown. An undisclosed injury kept Evans from playing against Pitt.

Center Cooper Mays, who left the opener with a lower leg injury, was also unavailable. Two key components of the Vols' defensive line — tackle LaTrell Bumpus and rush end Byron Young — also didn't play. Bumpus had an undisclosed injury and Young is waiting to be cleared by the NCAA regarding his prep school credentials.

Tennessee: Tennessee Tech next Saturday will be one last tuneup before the Vols start their Southeastern Conference competition at Florida Sept. 25.