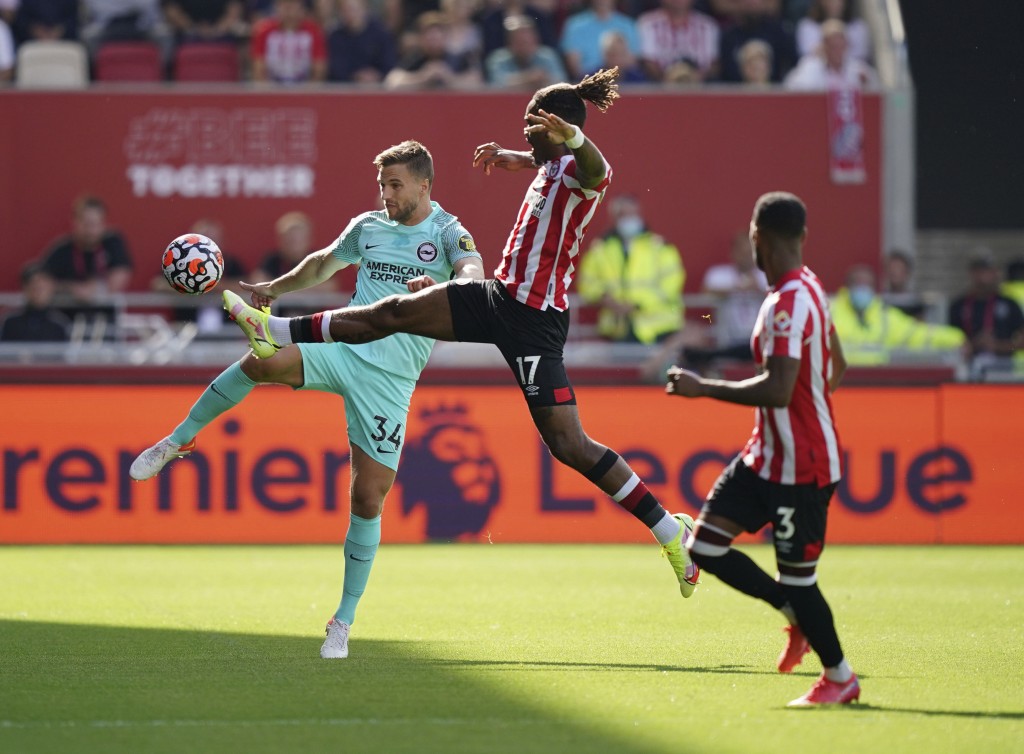 LONDON (AP) — Brighton ended newly promoted Brentford’s unbeaten start to the English Premier League by scoring in the 90th minute for a 1-0 win on Saturday.

Belgium midfielder Leandro Trossard curled into the corner as stoppage time approached to punish Brentford for a lack of cutting edge and inflict its first loss at home since February.

Bryan Mbeumo was guilty of wasting the best of Brentford's chances and the hosts were hit with a sucker-punch late on as Brighton claimed a third win in four matches to open the league.

Brentford started its first top-flight season in 74 years with a win and two draws.

Brighton’s deadline-day signing, Marc Cucurella, was handed a full debut and was introduced to life in England with a flailing arm from fellow Spaniard Sergi Canos, which earned an early yellow card.

Brentford's fans, who had been treated to a memorable opening-day home win over Arsenal, were almost on their feet celebrating inside 10 minutes when Ivan Toney tried his luck from 40 meters but his chipped effort sailed just over the crossbar — much to the relief of goalkeeper Robert Sanchez.

With 20 minutes left, both managers rolled the dice with changes.

Brighton substitute Alexis Mac Allister saw an effort deflect wide in what appeared the final opportunity until he found Trossard outside the area, and the Belgian worked some space away from Pontus Jansson to score.

It sparked wild celebrations in the away end, where club chairman Tony Bloom was present.