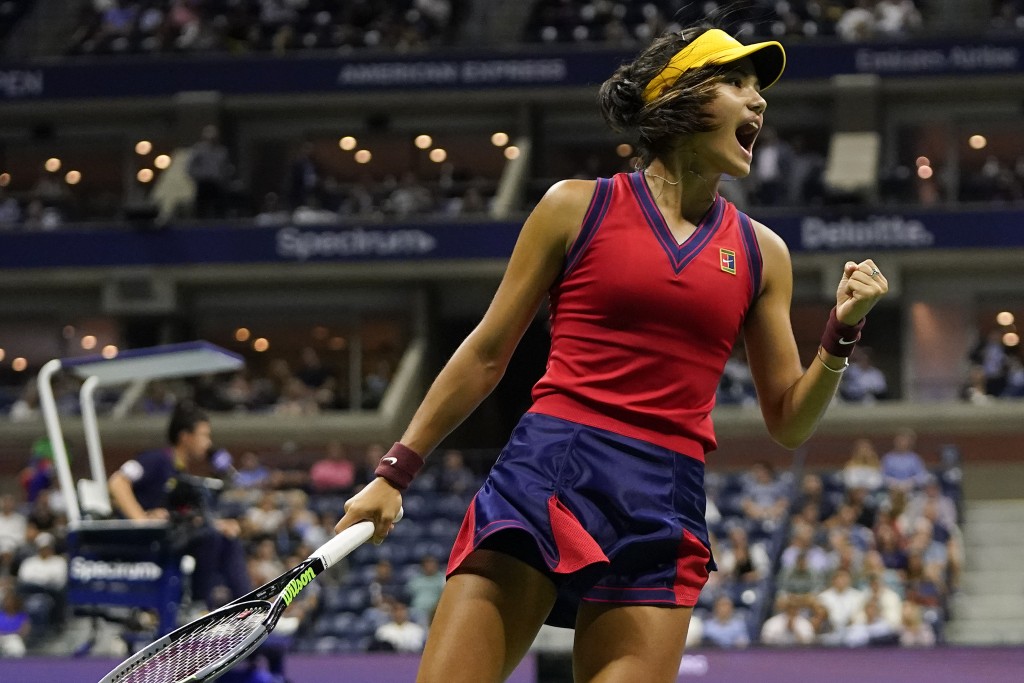 LONDON (AP) — Teen sensation Emma Raducanu’s appearance in the U.S. Open tennis final will be carried live on free-to-air TV in Britain after Amazon Prime agreed to share its rights to the event amid calls for the historic moment to be made available to everyone.

The 18-year-old Raducanu is trying to become the first British woman in 44 years to win a Grand Slam singles title. Her match with 19-year-old Canadian Leylah Fernandez will be carried simultaneously on Amazon Prime and Channel 4, a commercially supported but publicly owned broadcaster, beginning at 8 p.m. London time.

Amazon’s video streaming service, which had exclusive broadcast rights to the U.S. Open in Britain, agreed to share the final with Channel 4 in return for an undisclosed payment that it pledged to invest in British women’s tennis. Britain’s Press Association reported that the deal was worth “seven figures.”

“Emma’s journey from qualification through to the U.S. Open final at the age of 18 is a truly magical story for British sport and we think it’s important that we extend our coverage to as many people as possible to support her in this historic moment for women’s tennis,” Alex Green, managing director of Prime Video Sport Europe, said in a statement.

The announcement came after U.K. government ministers urged Amazon to make Saturday’s final free to view, describing it as a “national sporting moment.”