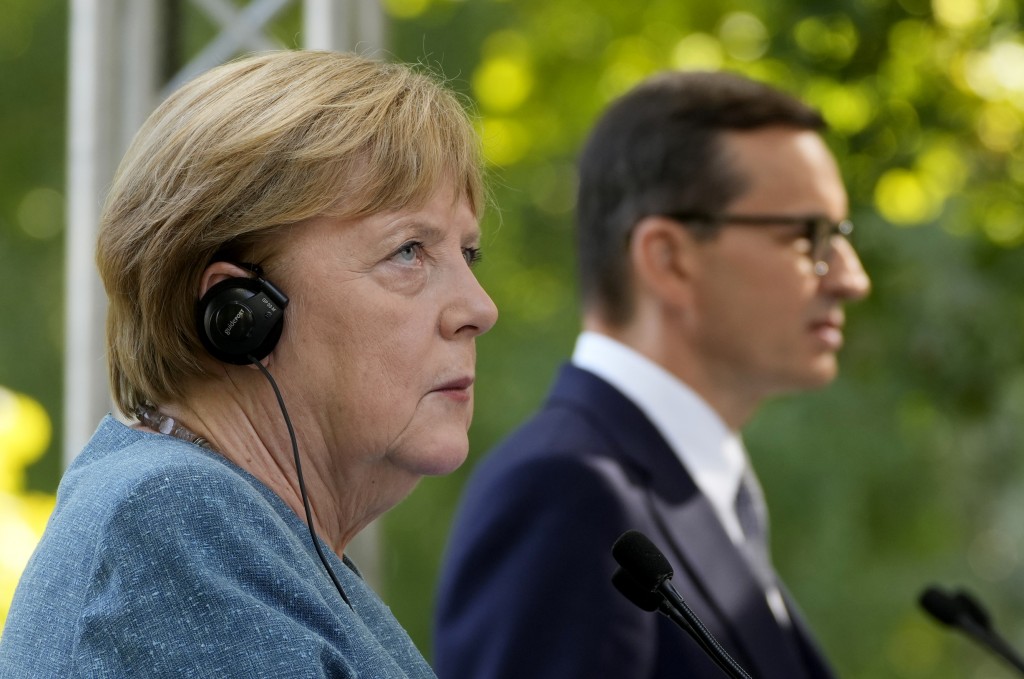 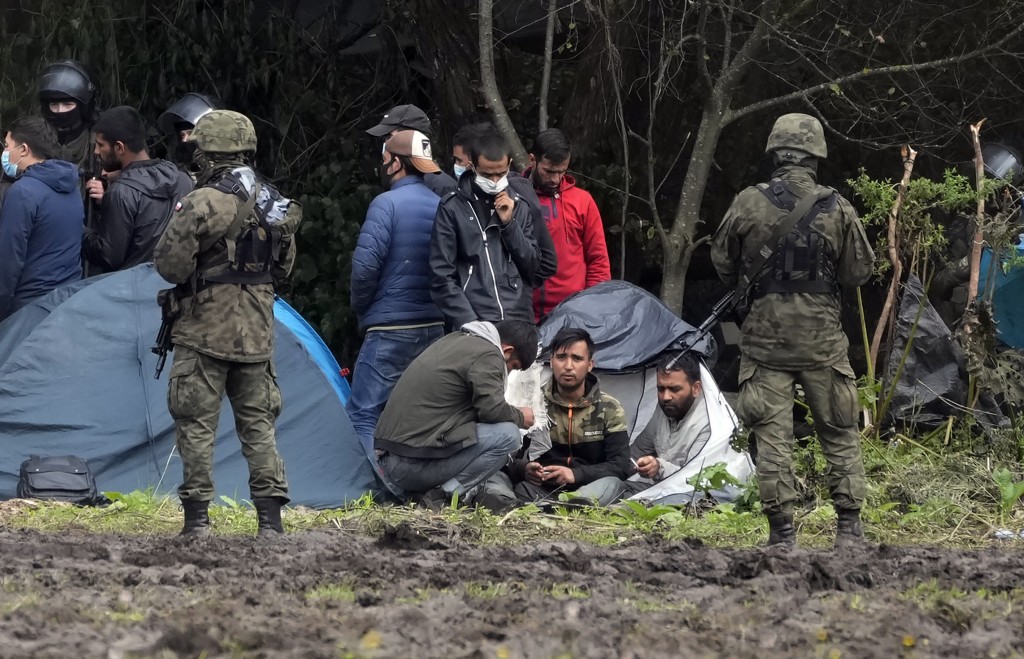 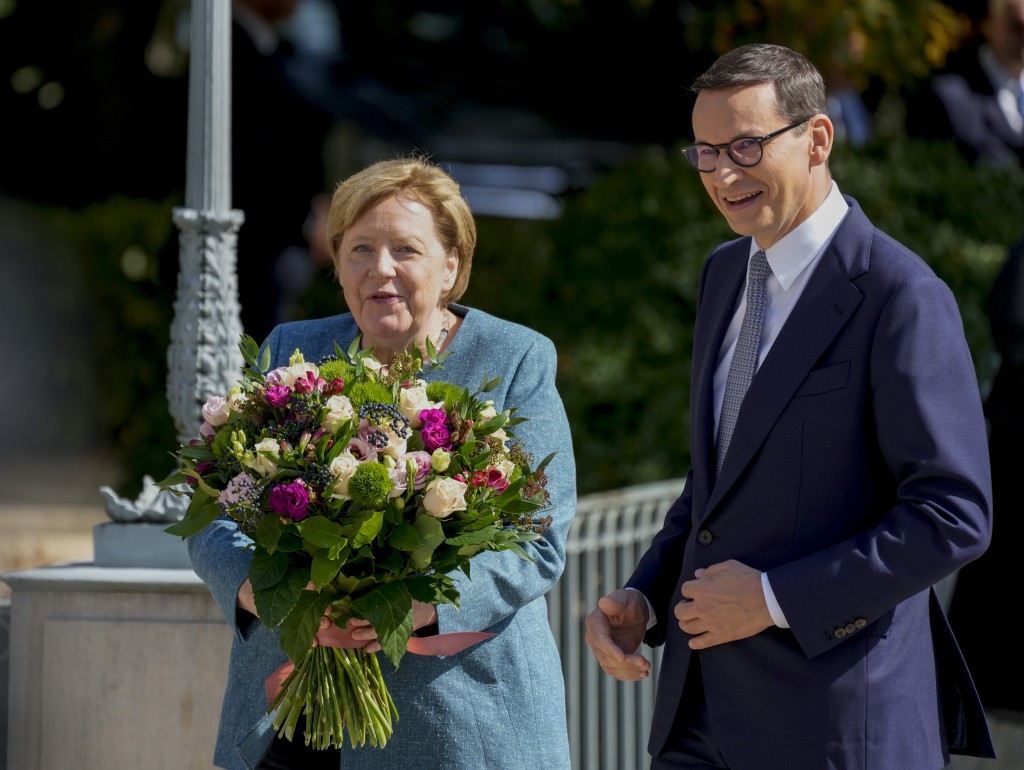 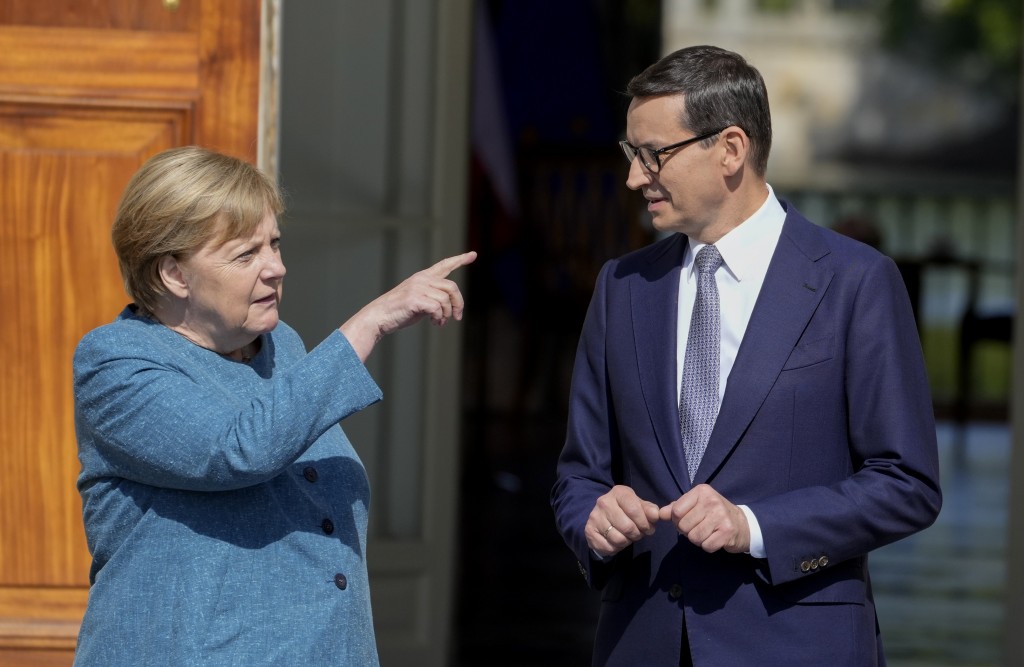 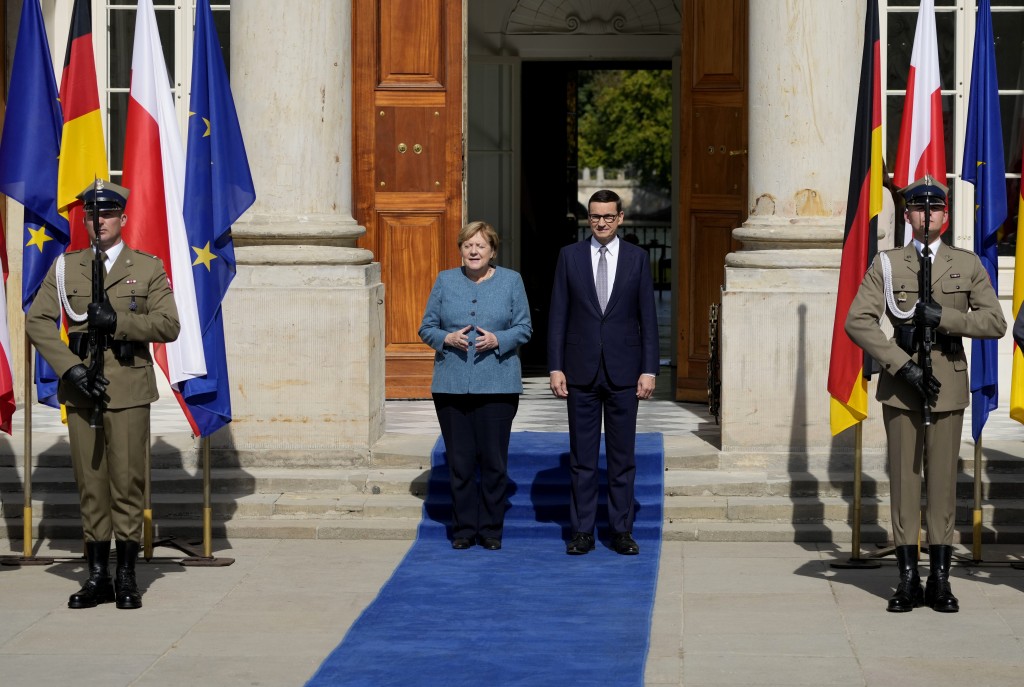 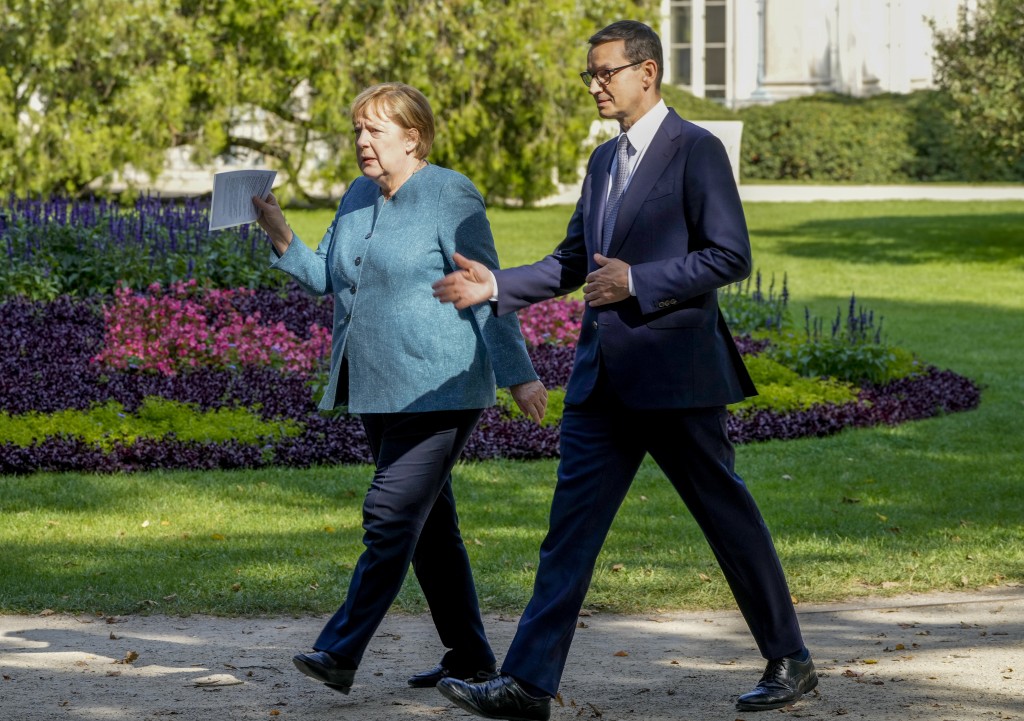 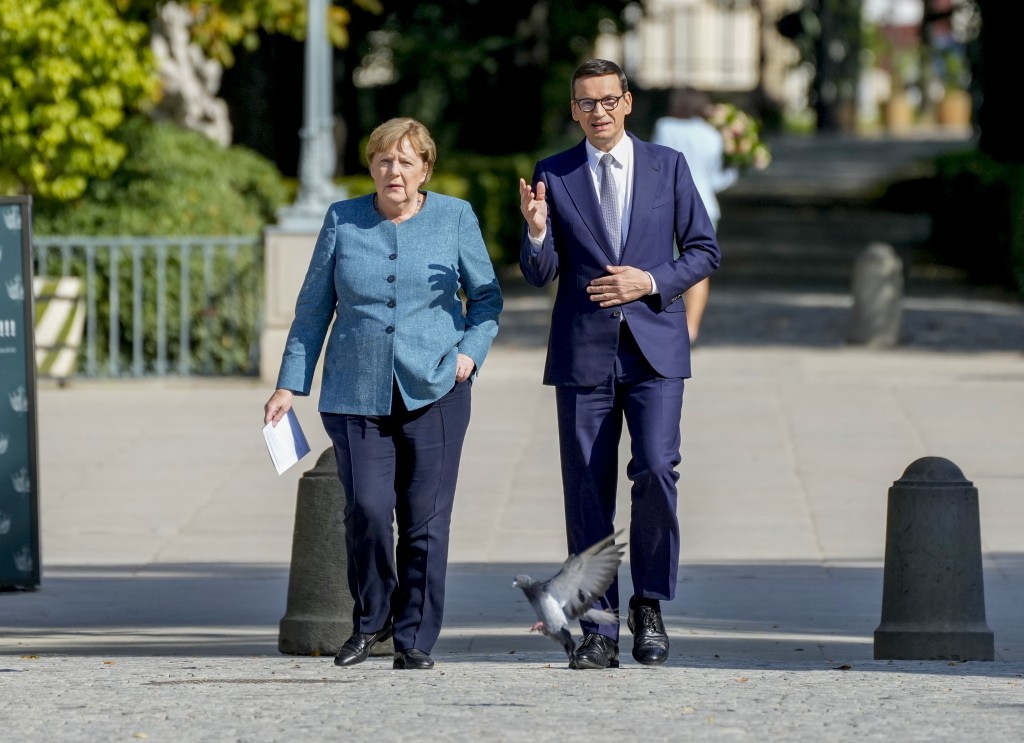 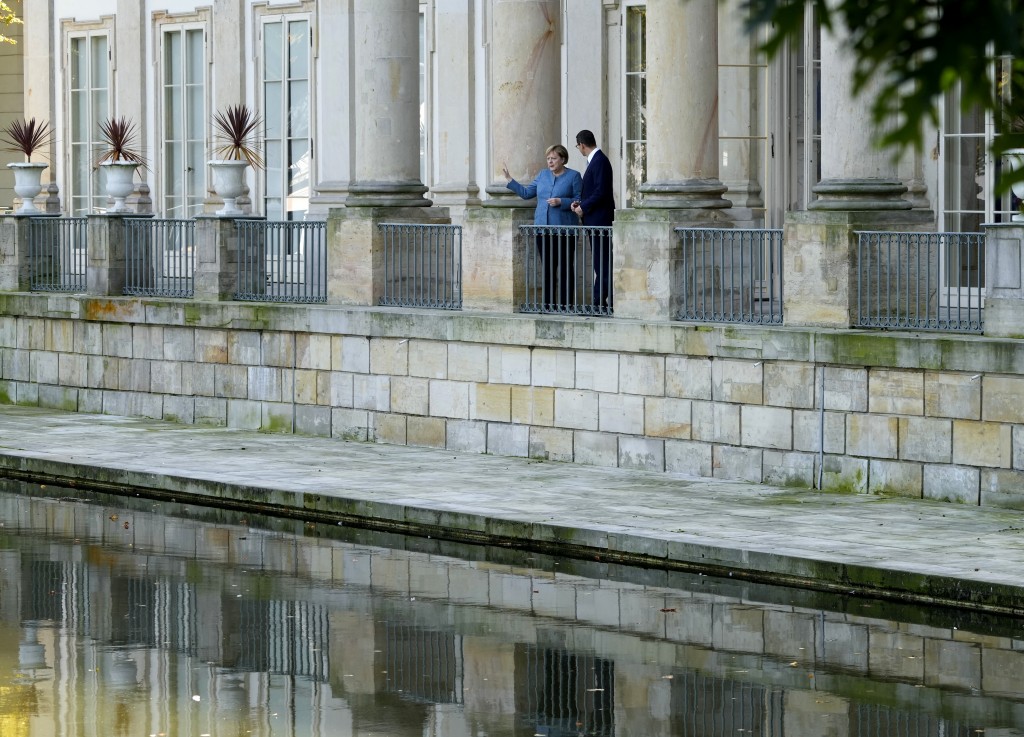 WARSAW, Poland (AP) — German Chancellor Angela Merkel said Saturday that she found it unacceptable that refugees were being used to apply pressure to Poland and other European Union members on the border with Belarus.

Speaking at a news conference during what she said she expected to be her last official visit to Poland as chancellor, Merkel appealed to Belarus, but also to Poland, to help people in difficult humanitarian conditions caught between the border of Poland and Belarus.

She stressed that she found it “completely unacceptable that such hybrid attacks” were being carried out with the use of people seeking to reach the EU, recalling that it was also a message she delivered to Russian President Vladimir Putin during a recent meeting.

Poland, Lithuania and Latvia have seen a rise in crossings by Iraqis, Afghans, Syrians and Africans from Belarus in recent months. The three EU countries accuse Belarus of pushing the migrants across their borders and say they view that as an element of “hybrid warfare” against the EU.

Merkel spoke at a news conference with Polish President Mateusz Morawiecki in front of a palace in Warsaw's Royal Baths park.

The two said they discussed the anniversary of the Sept. 11, 2001, attacks, security issues in light of recent developments in Afghanistan, as well as new threats coming from cyber attacks.

European issues also came up, including climate policy and an ongoing dispute between Warsaw and Brussels over changes to the judicial system in Poland which the EU considers to violate the rule of law.

Merkel said she hoped the issue can be solved through dialogue. Merkel, who has been chancellor since 2005, plans to step down after an election later this month.

A meeting between Merkel and President Andrzej Duda, which was originally announced by the German government, isn't taking place after all, and political observers in Warsaw interpreted that as a snub.

Duda’s office said Duda would instead be in the southern Polish city of Katowice for celebrations marking the anniversary of Solidarity, the anti-communist trade union.

Relations have sometimes been strained under Poland's government because it has often said it plans to demand reparations from World War II, an issue that resonates with older Poles. Germany often voices remorse for its wartime occupation of Poland, but says the issue of reparations has already been dealt with.

Morawiecki said that despite some disagreements, the Polish-German relationship has developed well during Merkel's time at the helm, and thanked her for her cooperation.

“We have very often discussed difficult topics, but our solid political coordination has also led to the fact that our economic relations are very good,” he said.

He said that “despite various differences, we are able, above all, to emphasize what unites us."

Merkel also commemorated the victims of World War II in Warsaw by laying a wreath at the Tomb of the Unknown Soldier. The war began with Germany's invasion of Poland. Tens of millions of people were killed in the war, with some 6 million killed in Poland.