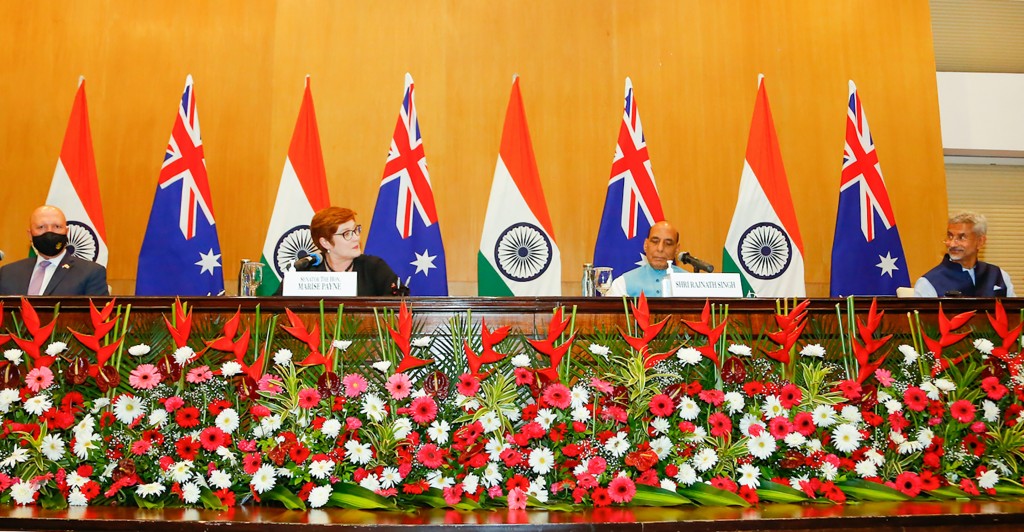 Australia's foreign and defense ministers met their Indian counterparts in New Delhi, the second stop on a four-nation tour.

Australia’s Foreign Minister Marise Payne said the future of Afghanistan was a central concern for both India and Pakistan. She said the gains of the past 20 years — such as women's empowerment and steps toward an inclusive society — should not be allowed to be reversed.

Australia also wants to strike a free trade deal with India to reduce its economic reliance on an increasingly hostile China.

India’s External Affairs Minister Subhramanyam Jaishankar praised the “renewed vigor with which both sides are now engaging on trade issues,” without providing further details. Bilateral trade between India and Australia is around $20 billion annually, his ministry says.

Australian Defense Minister Peter Dutton said the two countries want “a stable, resilient and secure strategic neighborhood." He said Australia is enhancing its posture in the Indo-Pacific region by ramping up air force cooperation, maritime engagement and exercises with India.

India, a major buyer of military equipment, depended largely on the former Soviet Union during the Cold War. But it has been diversifying its purchases by choosing U.S. equipment as well.

The U.S., India, Japan and Australia are part of the “Quad” regional alliance, established in 2007 in response to China’s growing economic and military strength.

The Australian ministers’ trip — to Indonesia, India, South Korea and the U.S. — will prepare for Prime Minister Scott Morrison’s visit to Washington, D.C. for a Quad meeting later this month.

U.S. President Joe Biden spoke with China’s Xi Jinping on Thursday amid growing frustration on the American side that high-level engagement between the two leaders’ top advisers has been largely unfruitful in the early going of the Biden presidency.