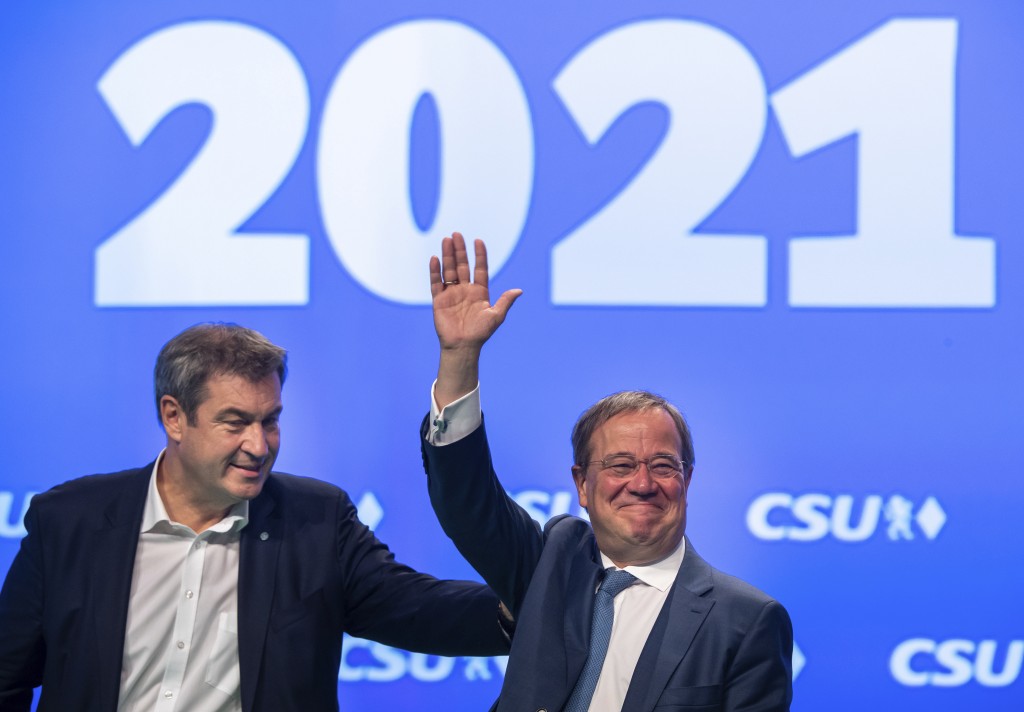 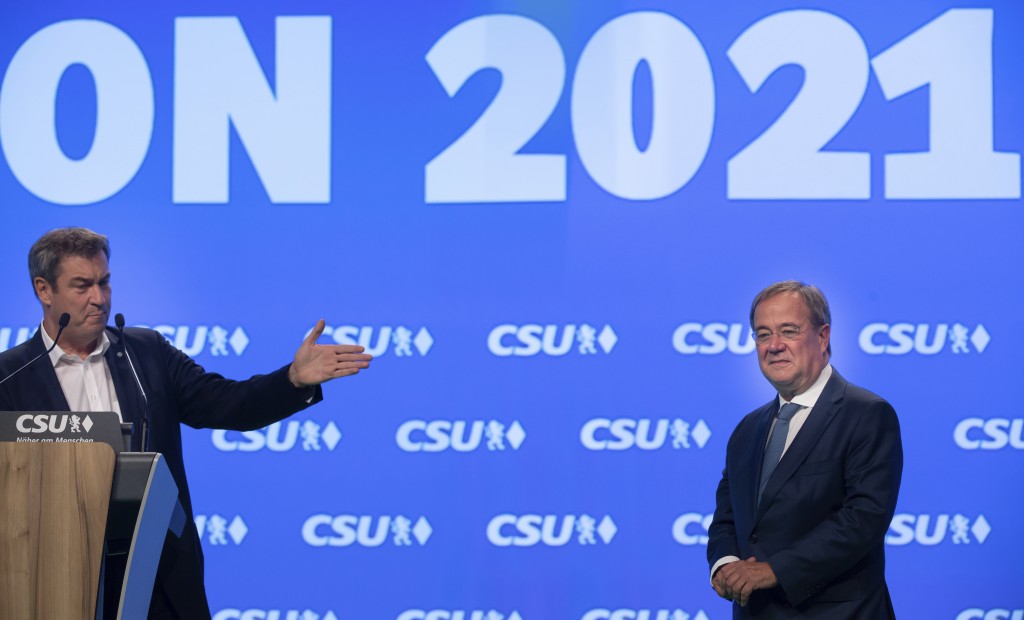 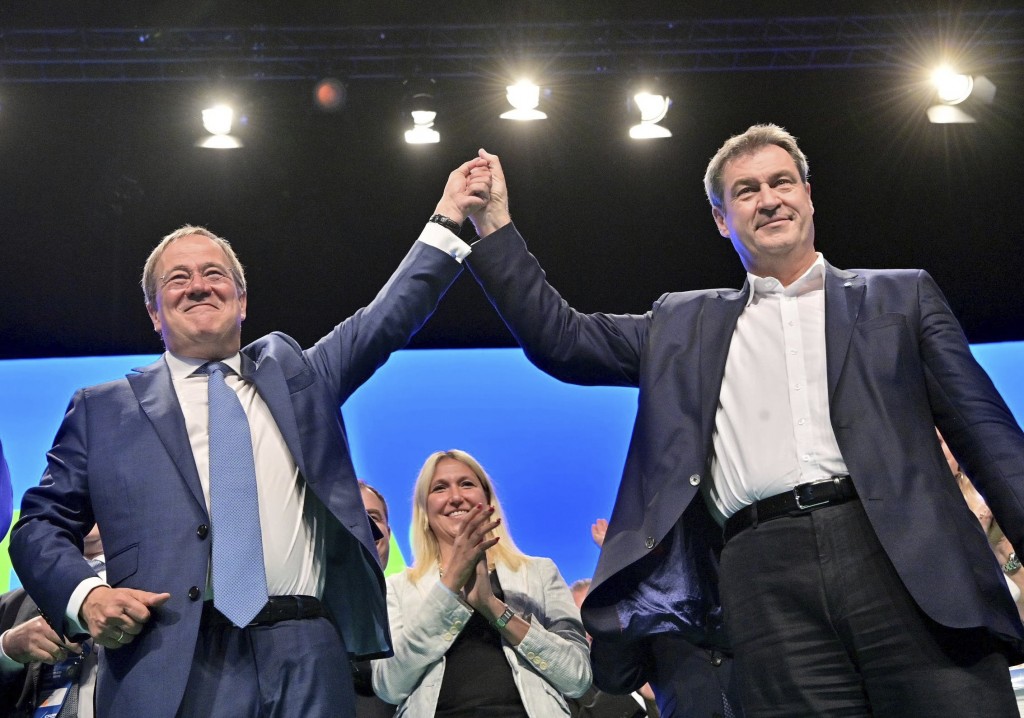 BERLIN (AP) — The center-right Union bloc's candidate to succeed Angela Merkel as chancellor sought the support Saturday of skeptical Bavarian allies 15 days before Germany's national election, in which polls indicate the party could get its worst result since World War II.

The Bavaria-only Christian Social Union has grumbled for months that its own leader would have been a stronger candidate than the Christian Democrats' Armin Laschet to lead the two sister-parties into the Sept. 26 election.

After emphasizing his support for federalism over centralized rule — a traditional concern in wealthy Bavaria — Laschet attacked the center-left Social Democrats' candidate Olaf Scholz, who is Germany's current finance minister and vice chancellor.

He repeated claims that the Social Democrats would be weak on security and took a swipe at his rival's handling of several financial scandals, citing a police raid Thursday on the ministry that Scholz has suggested may have been politically motivated.

Laschet, the governor of North Rhine-Westphalia state, suffered a blow this week after a court ruled that a massive police operation his government ordered against environmental protesters in 2018 was illegal. One activist died during the police operation to evict people from tree houses built by protesters seeking to stop a forest from being destroyed to make way for a coal mine.

The 60-year-old conceded that mistakes were made during the election campaign.

“Of course not everything was optimal, we ourselves know that,” Laschet said during his speech in Nuremberg, urging party supporters to use the two remaining weeks to convince undecided voters.

The Union bloc has warned of a major political shif t in Germany if the Social Democrats receive enough votes to form a government with the environmentalist Greens and the Left party after the election.

The three main candidates for chancellorship — Laschet, Scholz and the Greens' Annalena Baerbock — are scheduled to hold the second of three televised election debates Sunday.