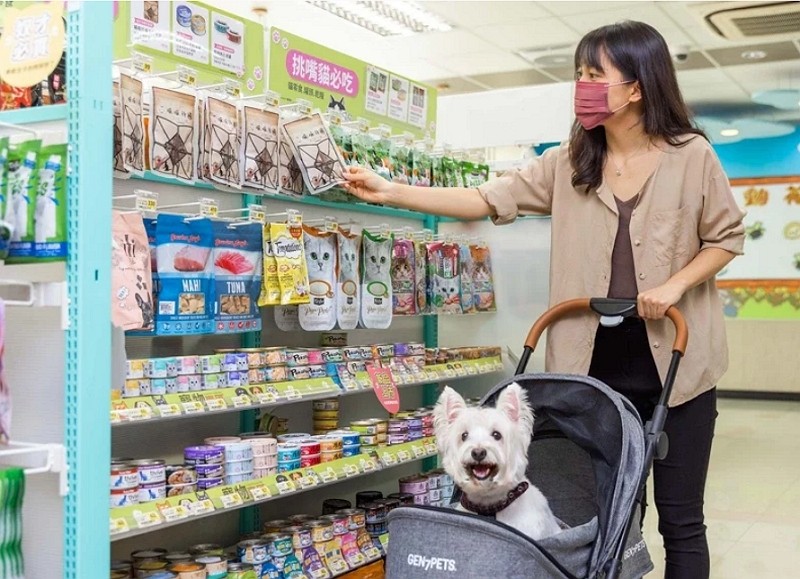 TAIPEI (Taiwan News) — Convenience store giant 7-Eleven Taiwan is getting in on the thriving pet industry by adding a pet product section to 200 outlets nationwide.

The company has joined with popular brands like DogCatStar and PetPark to roll out “specialty stores” that offer merchandise catering to the needs of furry friends, from necessities to snacks, according to UDN.

Dog and cat owners can find premium and supplementary pet food as well as puree treats at designated 7-Eleven stores in addition to cat litter — products that were previously only available at pet shops or supermarkets. They can also be found on 7-Eleven’s e-commerce platform.

Although the company has announced 200 stores for the time being, it eyes expanding that number to 500 by the end of the year.