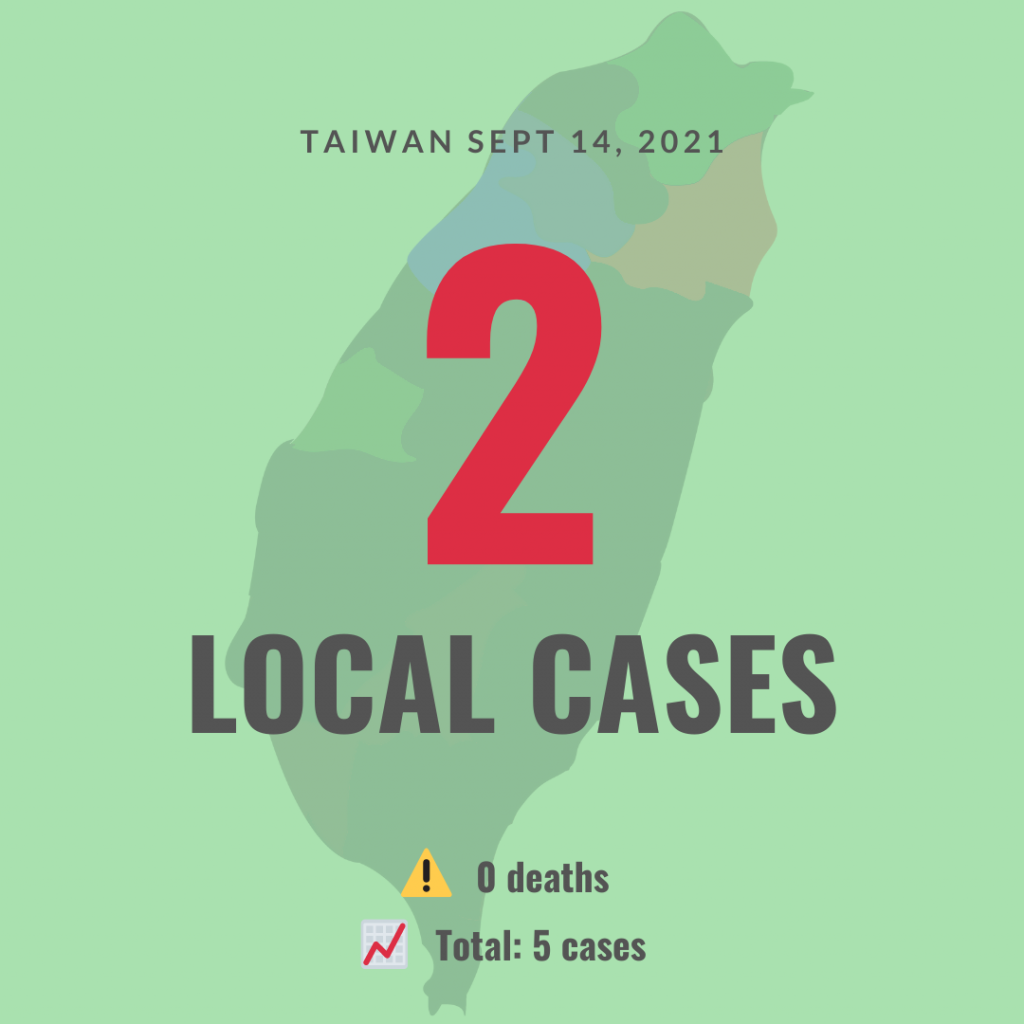 The two local cases reported Tuesday include a man in his 30s, case No. 16,204, and a girl under the age of five, case No. 16,205. They are both family members living in the same household.

After being listed as contacts of the kindergarten cluster infection, they entered quarantine on Sept. 6. On Sept. 12, case No. 16,204 developed a fever and other symptoms.