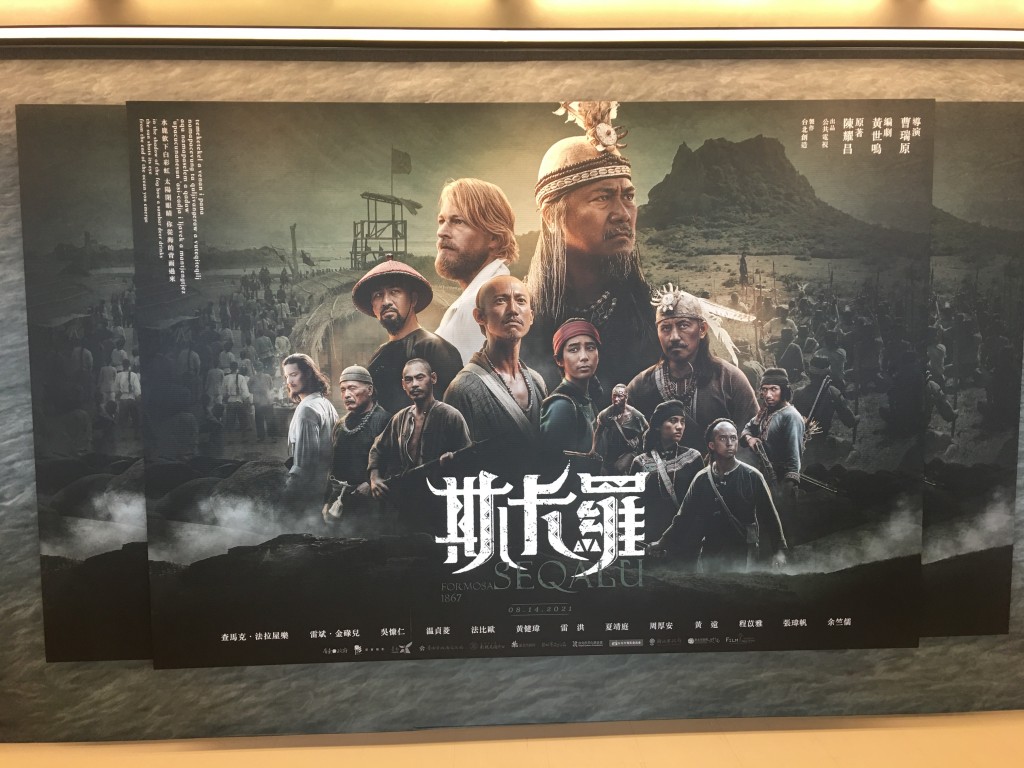 The exhibit, which was launched on Aug. 14, the same day as the show’s premiere, will last until Oct. 24 and is located on the library’s fourth floor. With permission from the Taiwan Public Television Service Foundation, the library collaborated with the Tsao Films Production Company to give the public a behind-the-scenes glimpse of the 12-episode historical series.

The showcase includes 58 stills depicting many memorable scenes from the show. It also has the costumes and accessories from the show’s characters on display.

These include the plain blue shirt worn by Tiap Moe, played by Wen Chen-ling (温貞菱), and the monocular, rifle, and map used by American Consul at Xiamen Charles Le Gendre, played by Fabio Grangeon. Paiwan clothing, weapons, and daily items are also featured. It is evident from the details of the items that the costume designers and relevant consultants worked hard to accurately reflect the styles of the period and local cultures. For example, the tip of a Paiwan knife scabbard on display prominently curves up, which is unique to those used by southern Paiwanese villages in present-day Hengchun Township, where the show takes place.

The curved scabbards are similar to those from the Puyuma tribe, as the Seqalu people were descended from Puyuma warriors who conquered the southern Paiwanese and gradually assimilated into the local culture. A special meet and greet event with some of the show's Indigenous actors and film crew was originally scheduled for Sept. 11 but has been postponed to Sept. 18.