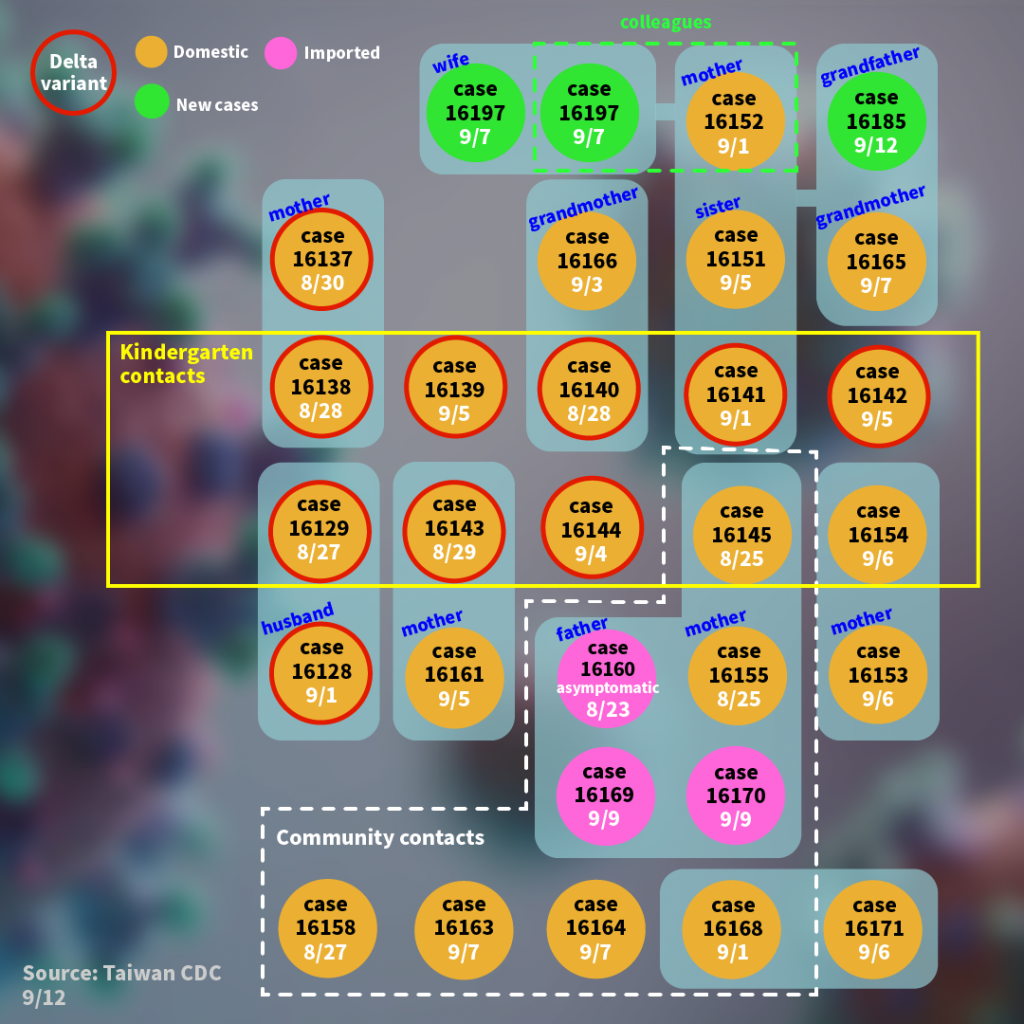 During a press conference that afternoon, Health Minister and CECC head Chen Shih-chung (陳時中) announced five new coronavirus cases, including three imported and two local. The CECC did not announce any deaths, leaving the COVID death toll at 839.

Of these cases, Chen said that one is linked to the cluster infection associated with a kindergarten in New Taipei City's Banqiao District. The latest case is a woman in her 50s (case No. 16,199) whose husband (case No. 16,197) was announced as a case on Sunday (Sept. 12). Both are residents of Taoyuan, raising concerns that the outbreak could spread in the northern Taiwan city. On Monday, the Taoyuan City government confirmed that the husband is an employee of the Taoyuan branch of Fubon Securities, prompting the office on Sunday to announce that it had carried out a disinfection of the branch and suspended external operations until Sept. 24.

A total of 31 contacts of the couple have been identified thus far and will undergo testing and quarantine. An investigation into the recent movements of the couple revealed a visit to the Zhongzheng branch of the PX Mart in Taoyuan on Sept. 10.