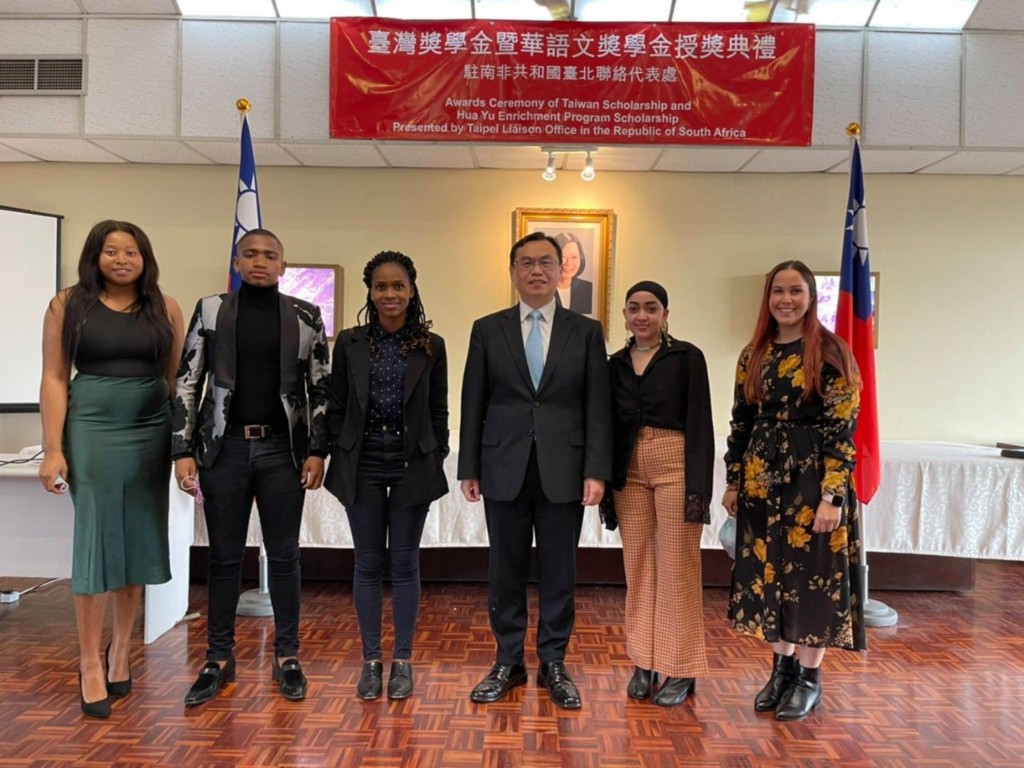 Ho introduced Taiwan to guests in attendance, who included scholarship recipients and their families. He explained the diverse cultures, democratic values, and academic freedom students can enjoy in Taiwan.

He quoted former U.S. Secretary of State Colin Powell’s description of Taiwan as “a success story,” explaining that the country’s continued and steady development has been driven by the comprehensive education system, abundance of talent, and government policies.

Ho also said he was certain that students would fall in love with Taiwan after encountering the friendly people in the country.

According to CNA, the Taiwan Scholarship and the Hua Yu Enrichment Program Scholarship are important resources for South African students seeking to study in Taiwan. The former is awarded to students in degree programs, while the latter offers short-term Chinese language courses in Taiwan, ranging from two to nine months in length.

She said she had visited Taiwan twice in the past and left with great impressions. She encouraged scholarship recipients to make good use of the award money and build a foundation for mutual cooperation between Taiwan and South Africa.