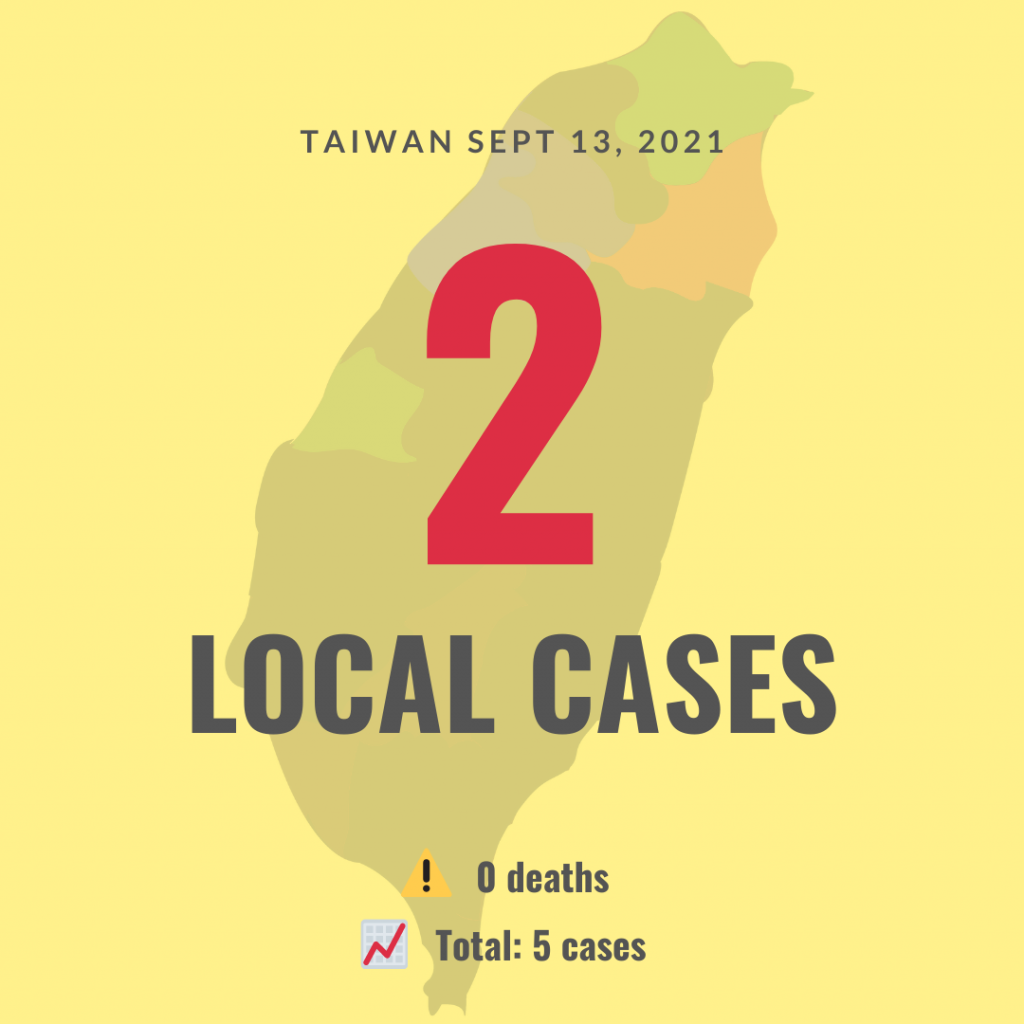 The two local cases reported Monday include a woman in her 50s (case No. 16,199) whose husband (case No. 16,197) is a coworker of a confirmed case in the kindergarten Delta cluster infection. On Sept. 11, she was identified as a contact of the infected case, underwent testing, and began to experience an itchy throat that same day.

She was diagnosed with COVID-19 on Sept. 13, and 23 people have been listed as contacts and entered quarantine.

Case No. 16,203 is a woman in her 60s who had entered home isolation after being identified as a contact of case No. 16,179, a Taipei middle school student who was found to have the Alpha variant of the virus. She was tested for the virus on Sept. 11 and diagnosed with COVID-19 on Sept. 13.