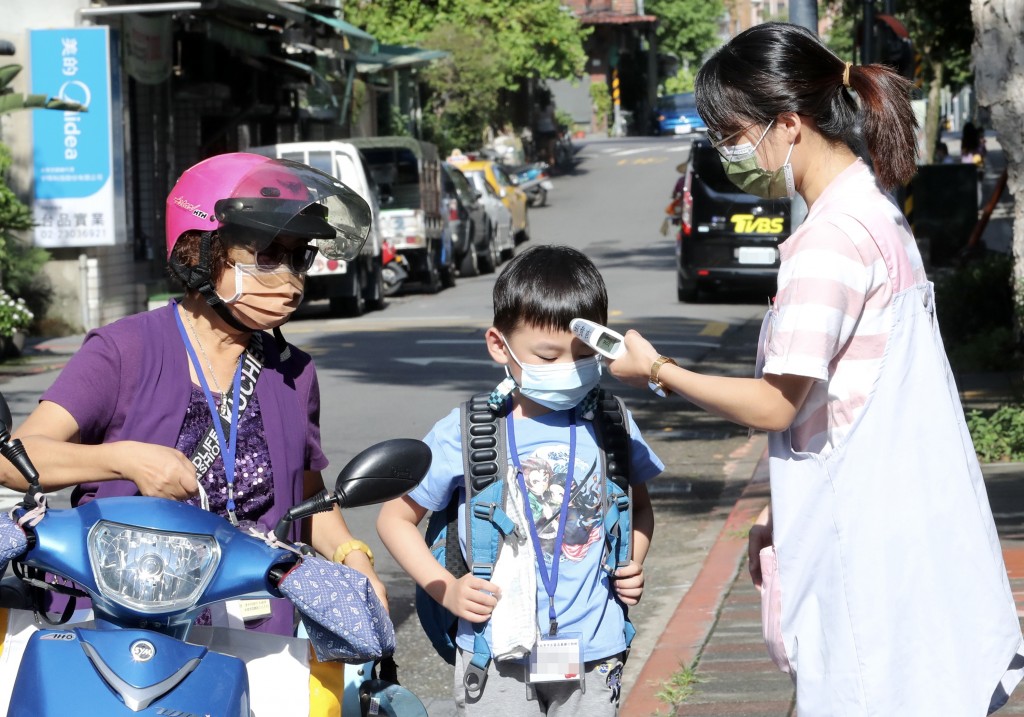 During a press conference, CECC Spokesperson Chuang Jen-hsiang (莊人祥) announced three local COVID-19 cases, including two men and one woman between the ages of 20 and 80 who are residents of Taipei, New Taipei City, and Taoyuan.

Of these cases, Chuang said that two are linked to the cluster infection associated with a kindergarten in New Taipei City's Banqiao District. Both of them are tied to a woman (Taiwan's case No. 16,152) who is the mother of a kindergarten student (case No. 16,141).

The father-in-law and coworker both have very low Ct values, 14.5 and 19, respectively, indicating they were infected very recently. Chuang said that the elderly man had been listed as a contact on Sept. 7, tested for the disease on Sept. 10, and diagnosed on Sept. 12.

The colleague was also listed as a contact on Sept. 7, tested on Sept. 10, and confirmed with the virus on Sept. 12. The fact that the coworker is a resident of Taoyuan raised concerns of a new community outbreak, but Chuang tried to reassure the public by stating that both new cases announced that day were "inside the firewall" and that based on existing information, the man was not active in the community during the contagious period.

Also announced on Sunday was a woman in her 20s who lives in Taipei's Wanhua District and works at a McDonald's in the city's Zhongshan District. McDonald's stated that it will halt operations at the restaurant for three days to conduct disinfection, and it will not allow indoor dining until Sept. 26.