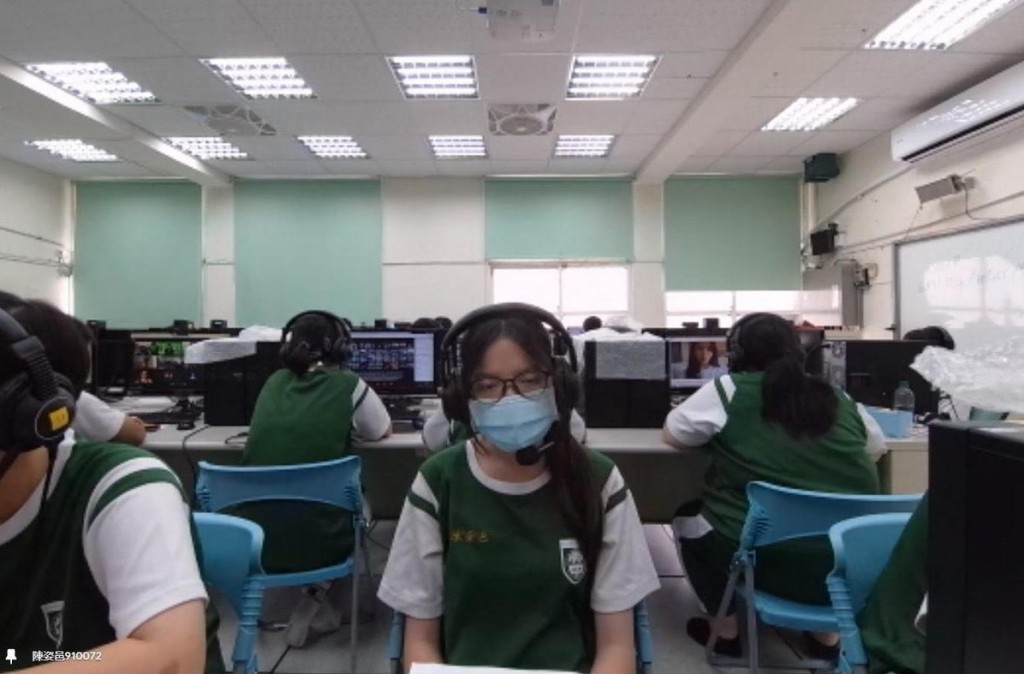 The event was organized with the help of Principal Su Yuan Yuan (蘇淵源) and teaching staff and was the first event in an international education exchange series, according to a NextGen press release. Grace Faerber, a Hopkins-Nanjing Center master’s student from the U.S. and former research intern at NextGen; Harry Williams, a master’s student at the University of New South Wales from Australia and former Taipei City Government intern; and Naina Singh, an Indian junior researcher at NextGen and Ph.D. candidate at National Chung Hsing University presided over the exchange and led the student discussions.

Students were encouraged to take a closer look at cultural, linguistic, and systemic similarities and differences between countries with the goals of broadening the minds of Taiwanese youth and overcoming language barriers to facilitate discussions among people from different backgrounds, per the press release. NextGen CEO Chen Kuan-ting (陳冠廷) said that he hopes more bilingual exchanges can be held through virtual technology to create opportunities for Taiwanese students living outside Taipei to interact with international scholars and researchers.

In the first hour of the two-hour event, the students were asked to type five words they associated with the U.S., Australia, and India in a cloud word generator tool. The activity demonstrated how Taiwanese students viewed the countries and was a segue into further discussions.

In the second hour, when students were pushed to be more attentive to world news and follow impartial sources, students separated into groups to talk about current issues related to the aforementioned countries and were asked to find out more about each place. The activity led to many questions and debates on current international affairs.

One group initiated a discussion on the Sept. 11, 2001, attacks and Americans’ outlook on the 20th anniversary of the tragedy, while another group asked about climate change and its relation to the wildfires in Australia. Students were also curious about issues such as Texas’ new abortion law, India’s farmer protests, the societal impact of the caste system, the Australia-China trade dispute, and partnerships among like-minded democracies.

With such active participation from the students, the event was successful at facilitating healthy discourse on international affairs and helped young Taiwanese learn more about other parts of the world, according to the press release. NextGen said that people-to-people exchanges are useful in creating cultural and linguistic ties and added that it is “actively committed” to linking policies, people, and knowledge structures.