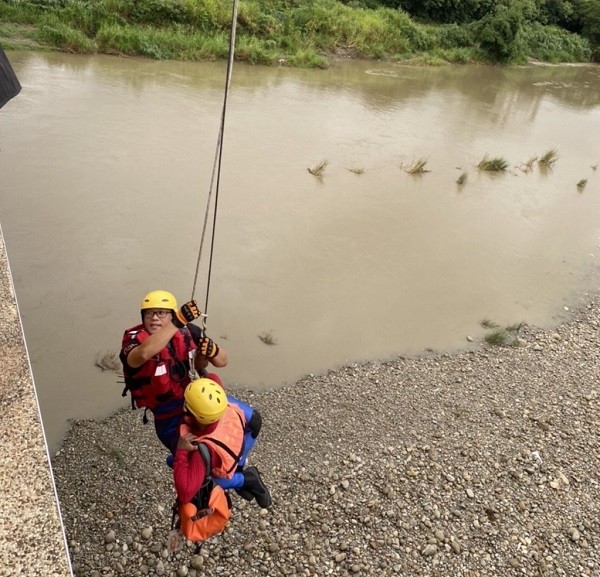 TAIPEI (Taiwan News) — A Miaoli City man surnamed Peng (彭) was washed away by a river current on Sunday afternoon (Sept. 12) while fishing.

The Miaoli County Fire Bureau said that it received reports of an angler getting swept away by the current from the bank of the Houlong River under the Guishan Bridge, CNA reported.

When search-and-rescue (SAR) workers arrived, they found two migrant workers seeking refuge on a sand bar under the bridge. The rescuers immediately used ropes to hoist them up to safety, the bureau said, adding that neither was injured.

According to the SAR personnel, due to the strong current, it was too dangerous to enter the water to search for the victim. They would continue their search with drones, they said, adding that they would set up an interception net under another bridge downriver and increase their search area.

A witness said the angler had been fishing on the river’s south bank and was wading away in a possible attempt to leave as the water was getting dirty, a sign of an impending current.

As the angler was wading, it seemed he had a misstep and was carried away by the current before disappearing, according to the witness, who then reported the case to the authorities.

After police arrived at the scene, they found Peng’s scooter on a nearby trail and immediately noticed his wife, who told police that she knew her husband was out fishing but did not know why chose that spot. 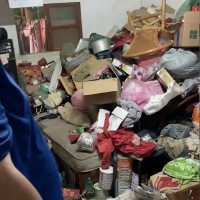