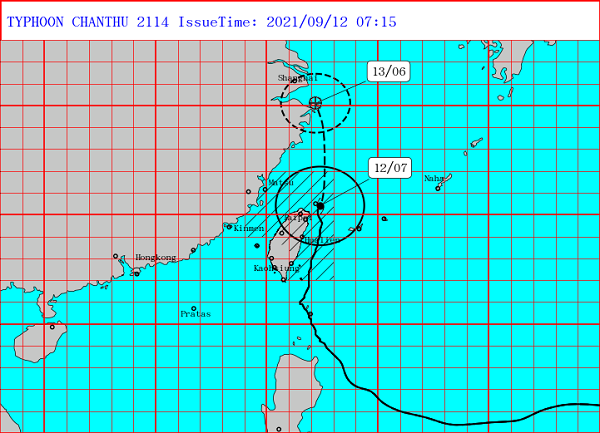 TAIPEI (Taiwan News) — The Central Weather Bureau (CWB) issued a heavy rain advisory for most of Taiwan from Sunday afternoon (Sept. 12) through midnight as Super Typhoon Chanthu passes along the eastern edge of the country.

CWB Director-General Cheng Ming-dean (鄭明典) said on Sunday that Chanthu is bringing rainfall to mountainous areas in central and northern Taiwan and that after the typhoon leaves, the chance of rainfall in the southwest will increase.

According to the CWB, as of 10:30 on Sunday, Nan’ao Township in Yilan County has received 125 millimeters of rainfall, which was the most in the country, followed by 123.5 millimeters in Xiulin Township, Hualien County.

The weather bureau warned that the areas expected to receive the most rain on Sunday were Yilan and Hualien, as they were most affected by the perimeter of the typhoon.

However, rain will become heavier for mountainous areas in northern, central, and southern Taiwan later on Sunday and then will let up by Monday, the CWB added.

Peng Chi-ming (彭啟明), chief executive of WeatherRisk Explore Inc, said on Sunday morning that rains and winds have mostly passed Hualien and Taitung, with only scattered rains remaining. However, strong winds and heavy rains are still possible for Orchid and Green islands, which may be on the perimeter of the typhoon.

Peng said that even though central and southern Taiwan were currently quiet, the southwestern winds that would start blowing in the evening would bring thundershowers, with rainfall increasing especially in mountainous areas. 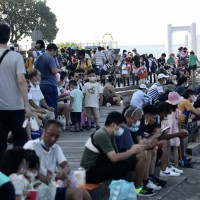 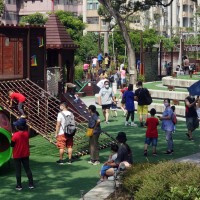