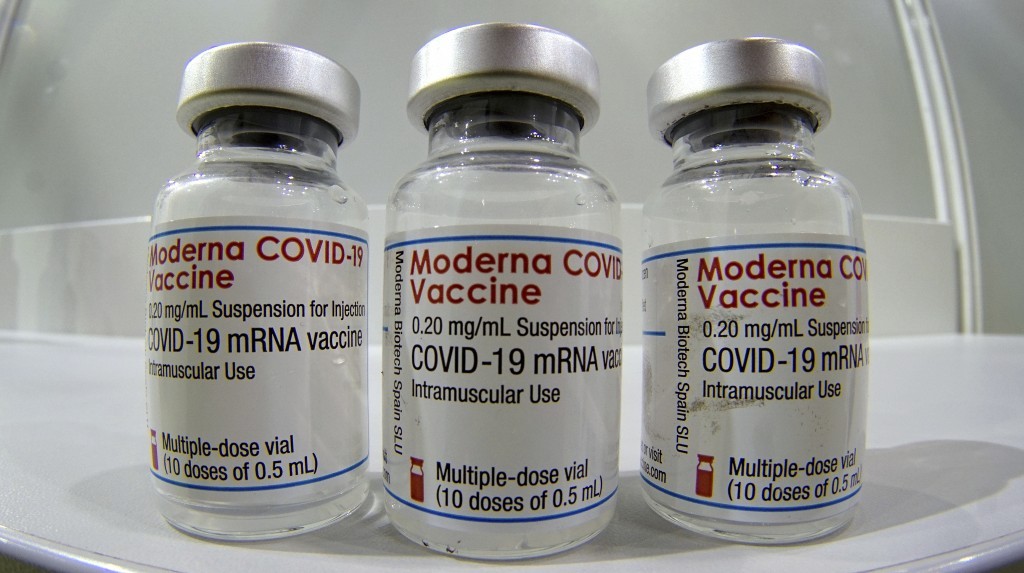 The purchase is a boost for Australia's A$2 trillion ($1.5 trillion) economy, which is at risk of slipping into its second recession in as many years as a result of lockdowns of the country's two most populous cities, Sydney and Melbourne.

These lockdowns will remain until 70% of the country's near 26 million population are fully vaccinated, which is not expected until late October.

But Morrison said the million doses will arrive later this week. Australia has ordered 25 million vaccines from Moderna.

"Some good news today. A family sized dose of hope for our vaccination programme," Morrison told reporters in Sydney.

The purchase comes as Australia struggles to contain an outbreak of the highly transmissible Delta variant, with daily infections on Saturday topping 2,000 cases for the first time.

Australia's most populous state, New South Wales, reported on Sunday 1,262 locally acquired COVID-19 cases in the past 24 hours, down from 1,599 infections recorded a day earlier.

Neighbouring Victoria reported 392 COVID-19 infections in the past 24 hours, down slightly from the 450 cases recorded in the state the day before.

Meanwhile, Queensland, Australia's third most populous state, said on Sunday it does not need to order a lockdown after it detected zero COVID-19 infections in the past 24 hours.

The state on Saturday reported five cases of COVID-19, with state Premier Annastacia Palaszczuk warning that a lockdown could be needed to stop the spread of the virus.

However, the state said testing had yet to detect any further cases, avoiding the need for such a measure.

"We're not out of the woods yet, but this is the best result we could have hoped for at this point in the outbreak," Queensland Deputy Premier Steven Miles told reporters in Brisbane.