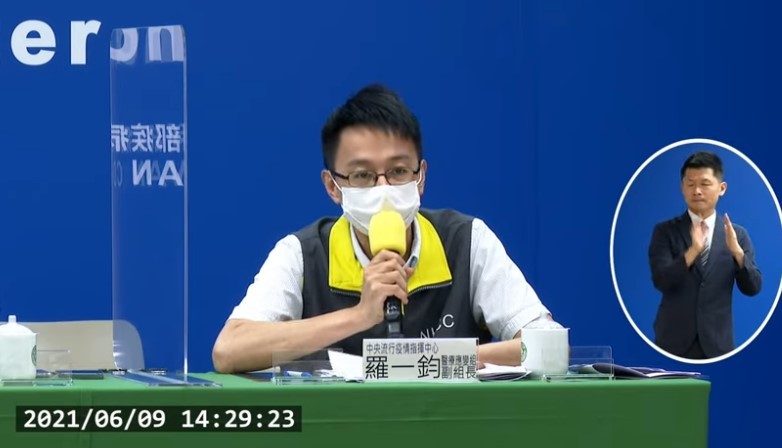 TAIPEI (Taiwan News) — The Central Epidemic Command Center (CECC) on Saturday (Sept. 11) announced that a construction worker and his wife who are tied to a kindergarten cluster infection have both tested positive for the Delta variant of COVID-19.

That same day, the CECC announced the kindergarten cluster was tied to the apartment outbreak and had spread to 23 cases, 10 of which had tested positive for the Delta variant. By Thursday (Sept. 9), the cluster had reached 27 cases, the CECC announced, including a construction worker who had carried out a renovation in the apartment tower, as well as his wife.

At a press briefing on Saturday (Sept. 11), Philip Lo (羅一鈞), deputy head of the CECC’s medical response division, said genomic sequencing has revealed the infections in all 18 children, their parents, and an Egyptian man and his family had been caused by the Delta variant. He then announced the fresh results of sequencing taken from the construction worker and his wife and confirmed that they too had been infected with Delta.

The earliest diagnosed infection in the cluster, Taiwan's COVID case No. 16,160 is a male Egyptian national referred to by the local media as "Egypt Dad" who tested positive for the virus on Aug. 23. The CECC is now conducting an epidemiological investigation into the outbreak in the apartment tower, including a search for any additional contacts of confirmed cases.

A student at a middle school in Taipei who was reported positive for COVID-19 on Friday (Sept. 10), leading to the closure of several schools, was found to have been infected with the Alpha variant of the virus, Lo said Saturday.