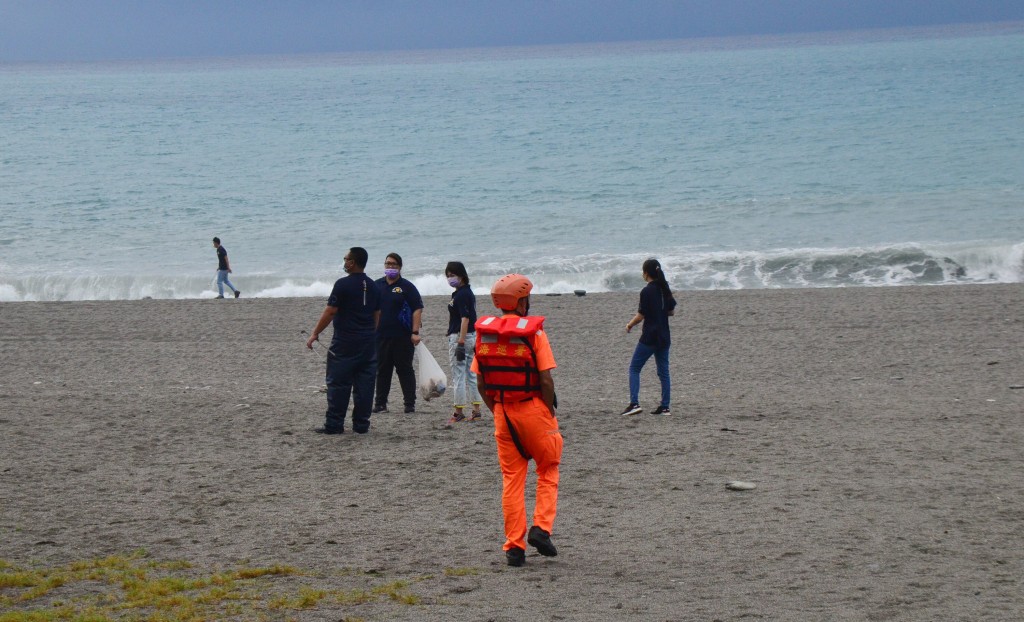 While the super typhoon was later downgraded to a regular typhoon, strong gusts of wind and heavy rain still caused school and office closures on the county’s Green Island and Orchid Island and in several townships in neighboring Pingtung County.

Yet, Saturday at 7 a.m., more than 20 people appeared on the beach at Taimali and began picking up trash and depositing it into plastic bags, CNA reported. Asked about the danger posed by the typhoon, they told reporters they would stay at least 50 meters away from the water.

Because of the approaching typhoon, the authorities had already imposed restrictions on access to beaches and mountainous areas. Guards were on hand to warn the individuals when they moved too close to the waves, and after half an hour they persuaded the beach cleaners to give up and leave.

Taitung County’s fire department said it would investigate whether the local authorities in Taimali had violated the rules by allowing the beach cleaning campaign to go ahead. Under current regulations, individuals entering restricted areas could be subject to fines ranging from NT$50,000 (US$1,800) to NT$250,000.