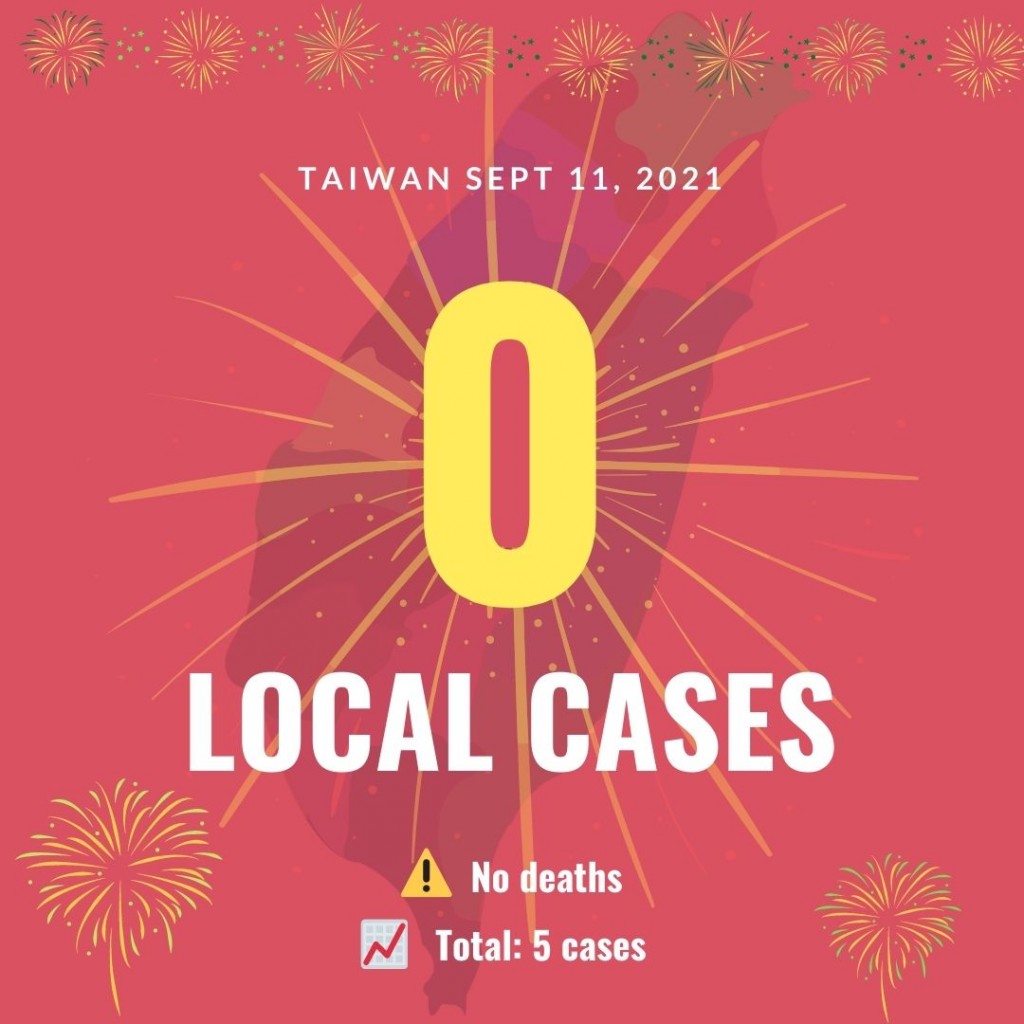 TAIPEI (Taiwan News) — The Central Epidemic Command Center (CECC) on Saturday (Sept. 11) reported zero new local COVID-19 cases for the first time since Sept. 4 and the containment of a cluster infection tied to the Delta variant of COVID-19 and centered on a kindergarten.

Health Minister and CECC head Chen Shih-chung (陳時中) announced five imported coronavirus cases and no local infections on Saturday. The CECC did not announce any deaths, leaving the total COVID death toll at 839.

A total of 110 people have been removed as confirmed cases, while 14 cases are still under investigation. Up until now, 839 have succumbed to the disease.