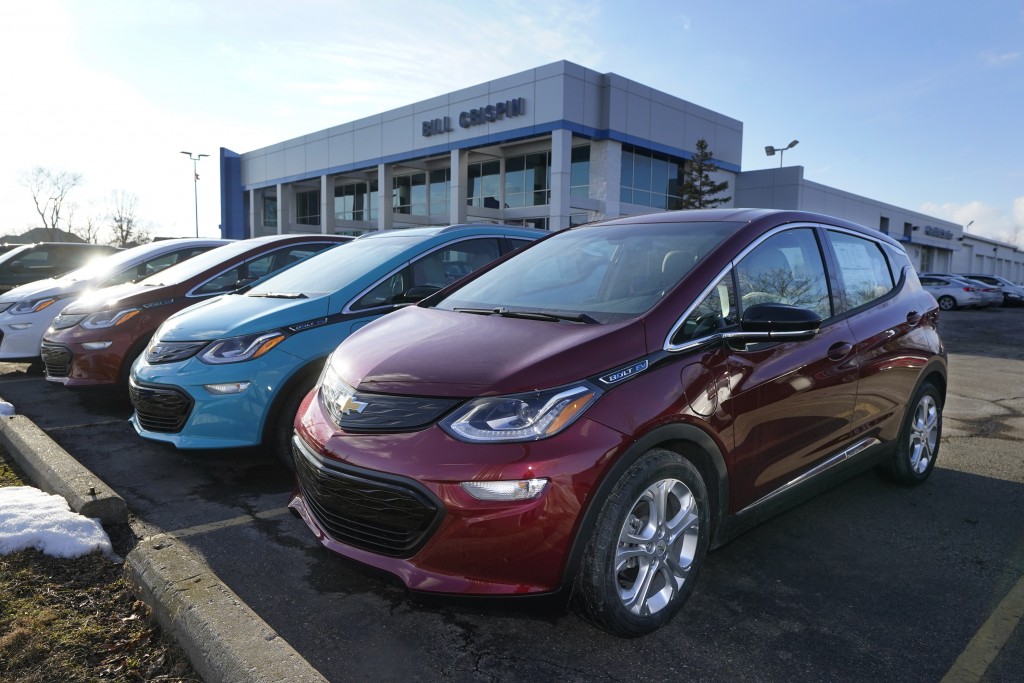 The proposal, a key part of President Joe Biden's goal to ensure EVs comprise at least 50% of U.S. vehicle sales by 2030 and boost U.S. union jobs, will give Detroit's Big Three automakers a big competitive edge and has drawn criticism from foreign automakers like Honda Motor Co and Toyota Motor Corp.

The tax credit for up to $12,500 per vehicle for U.S.-made union-made zero emission models compares with a $7,500 incentive for most other electric cars - an amount that has not changed.

The bill, however, does away with phasing out automakers' tax credits after they hit 200,000 electric vehicles sold, which would make General Motors Co and Tesla Inc eligible again. It would also create a new smaller credit for used EVs of up to $2,500.

House Democrats had not previously disclosed how much they might boost EV credits. The dramatic hike and other revisions could cut the price of some EVs like GM's Chevrolet Bolt by as much as a third and make battery-powered vehicles more competitive with or in some cases cheaper than similar gasoline models.

"We want to incentivize this. It puts American manufacturers in the lead, which is where we want them, and it reduces emissions faster than any other policy that we could put in place," Representative Dan Kildee, a Michigan Democrat, told Reuters.

He said the new EV tax credit would cost an estimated $33 billion to $34 billion over a decade.

Kildee said Biden, who has made the proposal a cornerstone of his climate policy, "was very insistent" he wanted a hefty EV tax credit. "He wants us to lean in. Let's go big and let's get this done," Kildee said, recounting a recent conversation with Biden.

GM, Ford Motor Co and Stellantis NV, the parent of Chrysler, assemble their U.S. made vehicles in plants represented by the United Auto Workers union.

In contrast, foreign automakers operating in the United States as well as Tesla do not have unions representing assembly workers and many of them have fought efforts by the UAW to organize U.S. plants.

The House Ways and Means Committee will vote on Tuesday on the proposal which is a part of a broad tax measure in a planned $3.5 trillion spending bill.

The bill will face opposition in the Senate, which is evenly divided 50-50 between Republicans and Democrats. Republicans have harshly criticized much of the spending bill and Democrats must hold onto all 50 Democratic Senate votes to win approval.

But a Senate panel in May also approved legislation to boost EV credits to as much as $12,500 for U.S. vehicles made by union workers - despite all Republicans in opposition.

The proposed EV credits would last for 10 years and consumers would be allowed to deduct the value of the credit from the sales price at the time of purchase.

In 2027, the $7,500 credit would only apply to U.S.-made vehicles. There are also lower credits for EVs with smaller battery packs.

The bill says individual taxpayers must have an adjusted gross income of no more than $400,000 to get the new EV tax credit. It would limit the EV credit to cars priced at no more than $55,000, while trucks could be priced up to $74,000.

But those limits may face pushback.

Last month, the Senate in a non-binding amendment narrowly voted in favour of prohibiting taxpayers from claiming EV tax credits if they make more than $100,000 annually or if vehicles cost more than $40,000.