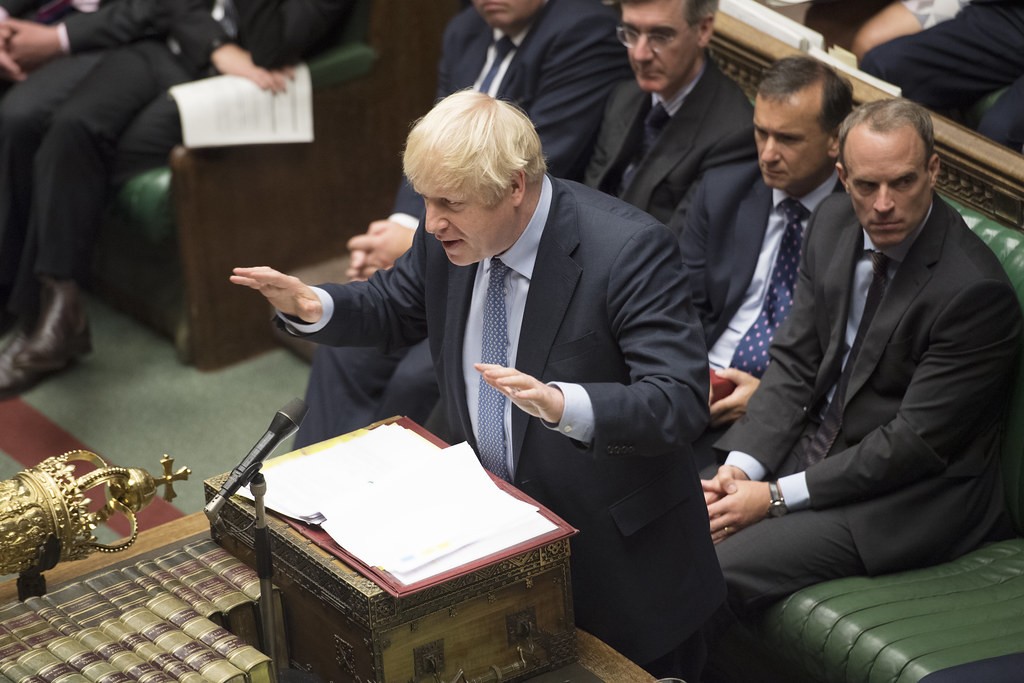 KAOHSIUNG (Taiwan News) — While the U.S. government is routinely questioned about Taiwan and cross-strait relations, the topic is high on the agenda far less frequently in the U.K.

So, it was refreshing this week to see Boris Johnson asked about Taiwan for the first time — to the best of my recollection — since he became PM back in July 2019. It is perhaps curious that Johnson has not been asked about the country more often since his administration is currently in the throes of what it describes as an Indo-Pacific tilt.

With the U.K. having now formally left the European Union, it is seeking closer economic and political ties with this part of the world. It has already been accepted as a dialogue partner of the Association of Southeast Asian Nations (ASEAN) and is also seeking ascension to the Comprehensive and Progressive Agreement for Trans-Pacific Partnership (CPTPP).

As for China, the maelstrom over Hong Kong has concentrated minds in the U.K. Since Hong Kong is a former British dependency and the Sino-British Joint Declaration has been breached multiple times by the Chinese Communist Party (CCP), the impotent British government is left in little doubt as to how trustworthy and dependable the regime is.

Yet, despite all of this, the U.K. has remained almost completely silent on what is, perhaps, the single biggest security issue in the Indo-Pacific region, namely cross-strait relations between Taiwan and China.

Earlier this year, the U.K. government published its elaborately named "Integrated Review of Security, Defence, Development and Foreign Policy," which set out the foreign, defense, security, and international development policies for the next decade.

Staggeringly, this document did not contain a single mention of Taiwan anywhere in its 112 pages. Not one!

Make no mistake, Taiwan has no shortage of allies in the U.K. from across all British political parties. The problem is that as soon as these MPs go into government, they become constrained by the U.K.’s dogged adherence to the "one China policy."

Post-Brexit Britain knows it needs to trade with the world, and while it says it wants to hold China to account for its myriad human rights abuses and breaches of international law, it knows that to do so unilaterally will mean economic punishment that it is just not willing or able to take at the moment.

And so, to the question put to Boris Johnson by one of Taiwan’s staunchest allies, Iain Duncan Smith M.P., himself a former leader of the Conservative Party and one of the handful of parliamentarians to have been sanctioned by the CCP for calling out their atrocities publicly.

He asked Boris Johnson to put on record that the U.K. “fully supports (Taiwan’s) right to democracy and self-determination, and we will be there to support them no matter what the Chinese say.”

Johnson’s response typified the U.K. government’s approach to Taiwan. He said that, of course, he was aware of the cross-strait situation. Indeed, he had discussed it with U.S. President Joe Biden only recently.

He then said, “The only way forward is to continue to support American global leadership”.

What he specifically did not do is put on record Britain’s support for Taiwan’s right to democracy and self-determination — as he was asked to do. We are none the wiser about whether the U.K. will genuinely support Taiwan should the worst happen.

Instead, he meekly admitted the U.K. would follow the U.S. lead on this issue. His answer, in a nutshell, was the U.K. will do what the Americans say.

For a sovereign nation-state, particularly one with Britain’s proud history of spreading civilization and democracy across the world (along with, admittedly, a few less savory things too), this is an embarrassing state of affairs.

The U.K. government’s own Integrated Review committed it to uphold democracy and the rules-based order around the world. But when it comes to China and Taiwan, it seems that this commitment does not apply, unless that’s what the U.S. is doing.

If Britain wants to be taken seriously in the world now that it has Brexited, it surely has to have a foreign policy of its own rather than simply being a lapdog to its closest ally. However, if it wants to follow the lead of the U.S., perhaps there is an opportunity for Taiwan to extract a greater commitment and build a closer relationship with the U.K.?

The U.K. and Taiwan hold annual trade talks in October each year and these are coming up again soon. The Taiwanese delegation should use these talks to push for deeper trading relations in line with those we currently enjoy with the U.S. This could – and should — include the sale of military equipment.

The U.K.’s Carrier Strike Group, consisting of the new Queen Elizabeth II aircraft carrier and a number of other ships, is currently in Japan as part of a deployment to this region. It has not yet exerted its right to freedom of navigation in the Taiwan Strait, as many U.S. naval and coast guard vessels do.

Perhaps it should while it is here? This is in line with the U.K. government’s Integrated Review commitment to uphold the U.N. Convention on the Law of the Sea (UNCLOS). Both Taiwan and supportive U.K. parliamentarians should be pushing for this.

The U.S. has passed new legislation to allow all legislators and senior officials to engage with and visit Taiwan. It is high time the U.K. passed a similar law.

It is issues like Taiwan where the U.K. has a chance to make its mark. But if Britain wants to be a respected international force once more, it has to be strong and neither kowtow to the demands of the CCP nor merely follow the lead of the U.S.

This could offer a real opportunity for Taiwan to deepen ties with one of the world’s oldest and proudest democracies.