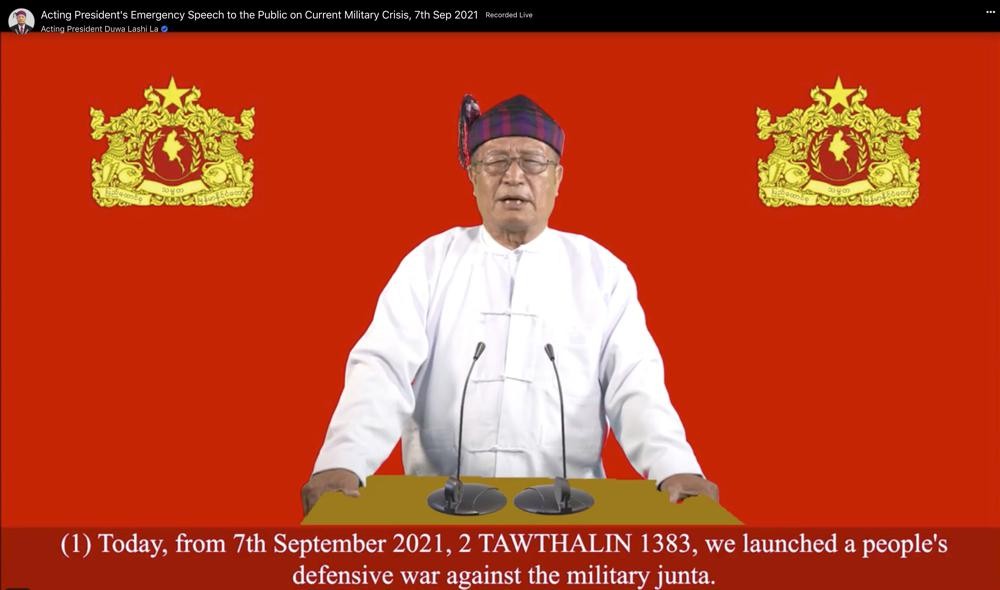 Sept 10 (Reuters) - At least 20 people have been killed in fighting between militias and Myanmar's ruling military, a witness and local media said on Friday, in the worst violence since opponents of the junta called this week for a "people's defensive war".

The National Unity Government (NUG) formed to resist the army's Feb. 1 takeover called on Tuesday for a revolt against military rule, in an apparent effort to coordinate groups fighting the army and convince soldiers and state officials to switch sides.

Myanmar has been in turmoil since the overthrow of Aung San Suu Kyi's government, which ended a decade of tentative democracy and sparked nationwide anger, strikes and protests, and saw the emergence of militia groups that have attacked security forces.

Fighting since Thursday between the military and defence volunteers allied with the unity government in Myin Thar village resulted in casualties among local militias and villagers, after troops used heavy artillery, according to media and a witness.

"They fired artillery, they burned down houses in our village," said a resident, 42, who added that three children as well as his 17-year-old son, a member of the militia, were among 20 people killed.

"I lost all I have... I will not forgive them until the end of the world," he told Reuters by phone, adding he struggled to recognise his son among the dead bodies.

BBC Burmese said 10 people were killed in Myin Thar in the Magway region of central Myanmar, while the Irrawaddy news website reported 17 casualties, among them minors.

Myanmar's neighbours urged restraint https://reut.rs/3z19Ar5 from all sides following Tuesday's call for nationwide retaliation by the shadow government. Some analysts have warned the move could backfire and complicate the opposition's efforts to win international support.

Irrawaddy also reported the killing of three soldiers in the biggest city, Yangon, on Thursday.

Clashes erupted on Thursday and were continuing late on Friday in Thantlang in Chin state, bordering India, news reports said.

Radio Free Asia and Mizzima news service said the military conducted air strikes. There were no immediate reports of casualties.

The NUG's defence minister did not immediately respond for a request for confirmation of the incidents on Thursday and Friday.

Reuters could not verify the reports of clashes, which state-run MRTV made no mention of in its nightly news bulletin.

The military tightly controls information and its media outlets have been selective in reporting of unrest. (Reporting by Reuters staff; Writing by Martin Petty; Editing by William Maclean)