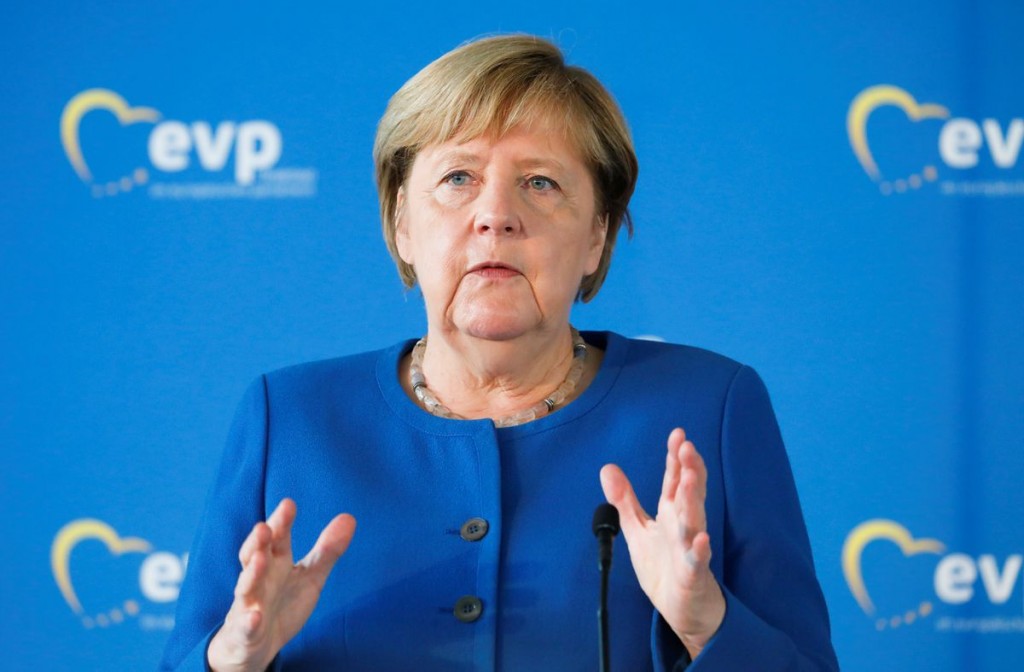 BERLIN, Sept 9 (Reuters) - Angela Merkel said on Thursday nobody in her conservative bloc ever doubted that they faced a tough battle to hold the chancellery after her 16 years in office, declining to speculate on the outcome of Germany's Sept. 26 national election.

"That after 16 years one does not automatically ... return to the chancellery, that was clear to everyone in the CDU and CSU," she told a news conference, adding she anticipated a closely fought election.

Merkel is not running for a historic fifth term in the election, and Armin Laschet, the conservatives' candidate to succeed her, is struggling in polls, which show Finance Minister Olaf Scholz's Social Democrats in the lead.

CDU grandees backed Laschet in April as the conservative chancellor candidate ahead of Markus Soeder, the more popular leader of the CDU's Bavarian sister party, the CSU. The two parties - 'the Union' - run jointly in federal elections.

After losing the conservative candidacy, Soeder jibed at the CDU before coming round to supporting Laschet. But now frustration is boiling over in the Bavarian camp at Laschet's failure to resonate with voters.

"Of course, we would be in a better position with Markus Soeder," CSU General Secretary Markus Blume told Der Spiegel news magazine. "The continuing high approval ratings for Markus Soeder show what potential we actually have as a Union."

Laschet later responded calmly to Blume's comment, saying there were many in the CSU who supported him, including Soeder.

Soeder himself made clear he stood behind Laschet, telling Handelsblatt business daily that a weekend CSU conference, which Laschet will attend, would demonstrate solidarity.

"I hope that we will be able to send two signals: unity within the CSU but also with the CDU and Armin Laschet," Soeder told the paper.

Laschet is failing to appeal to voters worried about climate change, immigration and the COVID-19 pandemic.

Instead, Scholz, the second most powerful figure in the ruling 'grand coalition', is pitching himself as the candidate best placed to continue the course set by Merkel, who is still very popular with voters.