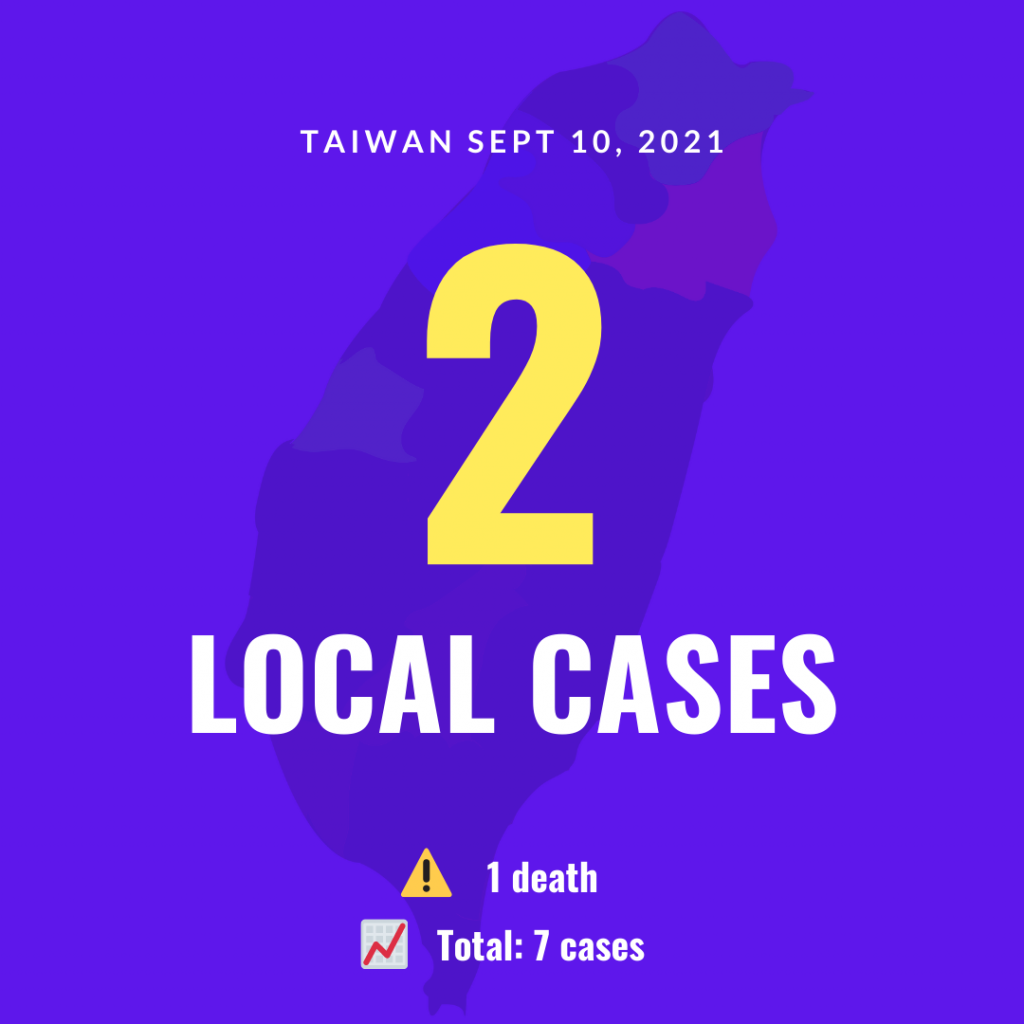 The two local cases reported Friday included a man in his 60s (case No. 16,173) who on Sept. 7 started to experience chest pain, mild nausea, muscle aches, and other symptoms. He sought medical attention on Wednesday (Sept. 8) and was diagnosed with COVID-19 on Sept. 10.

Case No. 16,179 is a boy in his teens who had chest pain and found it painful to breathe on Wednesday. He sought medical attention the next day and was diagnosed on Friday.

Epidemiological investigations have identified a total of 51 contacts in his case. Inquiries are ongoing to clarify the source of the infection.

Chen said the single death reported on Friday, case No. 10,387, was a man in his 70s with a history of chronic disease and contact with other confirmed cases. He had sought medical treatment for other reasons on June 3 and developed a cough and fever that same day.

He was then hospitalized and tested for the virus. He was diagnosed on June 4 and released from a hospital isolation ward on Aug. 26. However, he died on Sept. 5.