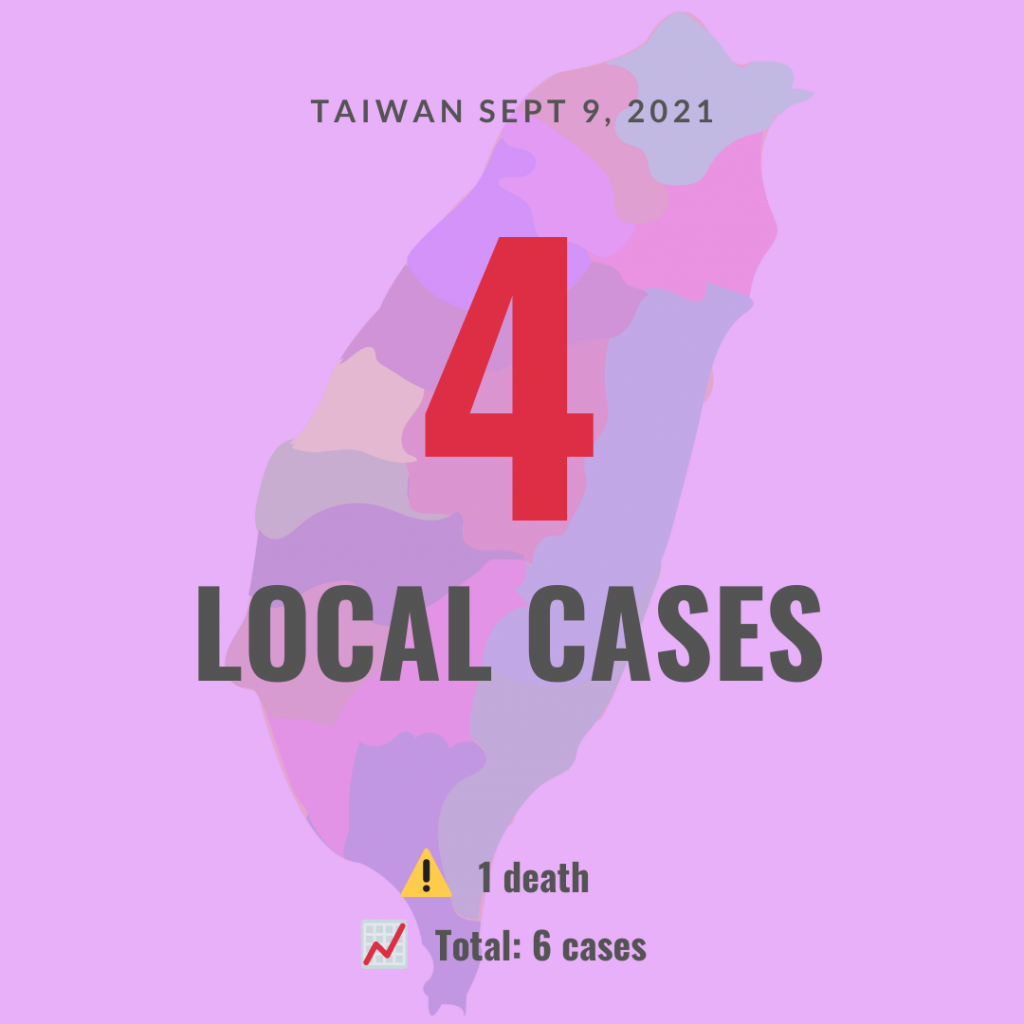 The four local cases reported Thursday include three men and one woman between the ages of 30 and 50. The date of symptom onset for one case was Sept. 5, while the three other cases are asymptomatic. As for the distribution of these cases, two were in New Taipei City, and two were in Taipei City.

Epidemiological investigations determined that of these, three are from known sources and one is from an unknown source. Inquiries are ongoing to clarify the source of the infections.

Chen said that the single death reported on Thursday, case No. 16,162, was a man in his 70s with a history of chronic disease but no known contact with confirmed cases. Between Sept. 3-6, he sought medical treatment for other ailments on several occasions and tested negative for the virus on Sept. 4.

However, on Sept. 7 he was taken to a hospital after complaining of physical discomfort. Before arriving at the hospital, he lost all vital signs and was soon declared dead.

On Sept. 8, doctors determined that the man had COVID-19.

A total of 110 people have been removed as confirmed cases, while 14 cases are still under investigation. Up until now, 838 individuals have succumbed to the disease.

Of the 828 deaths from local infections, 411 were in New Taipei; 317 in Taipei; 28 in Keelung; 26 in Taoyuan; 15 in Changhua County; 13 in Hsinchu County; five in Taichung; three in Miaoli County; two each in Yilan and Hualien counties; and one each in Taitung County, Yunlin County, Tainan City, Nantou County, Kaohsiung City, and Pingtung County. The 10 other deaths were imported cases.