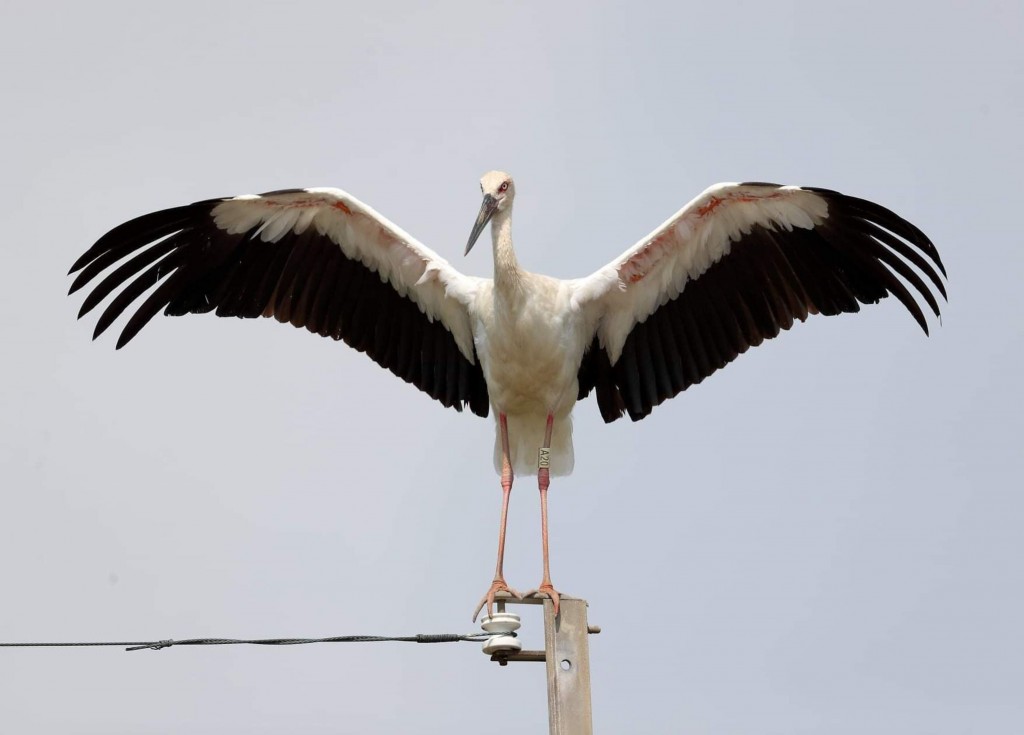 Conservationists who recalled another stork’s death by electrocution in Nov. 2020 worried that the storks may seriously hurt themselves while standing on the poles. According to UDN, the two oriental storks often stand so still that people passing by think they are sculptures.

After Bird Photography Club President Huang Shu-ting (黃蜀婷) reported the issue to Taipower, the company added the caps within a month to help protect the birds. Huang said she was very moved by Taipower’s efficiency and believes the campaign’s success comes from various people working together for a good cause, per UDN.

In the past, there have been a few other oriental stork sightings in Jinshan. Earlier this year in March, the arrival of three other storks attracted bird enthusiasts and photographers.

The tags on some of these storks’ feet identified them as birds born in a rehabilitation project in South Korea, and they may have stayed in Jinshan for the abundant food, reported UDN. One of the storks currently in Jinshan is numbered “A20.”

In 2020, a stork numbered “E37” died from electrocution at a private fish pond in Kaohsiung. An autopsy revealed that prior to its death, it had consumed a lot of plastic, further alarming conservationists.

Oriental storks are fully migrant birds found across East Asia and categorized as “endangered” by the International Union for Conservation of Nature’s Red List of Threatened Species (also known as the IUCN Red List). The list estimates that as of today, there are 1,000 to 2,499 mature individuals, and the population continues to decline.