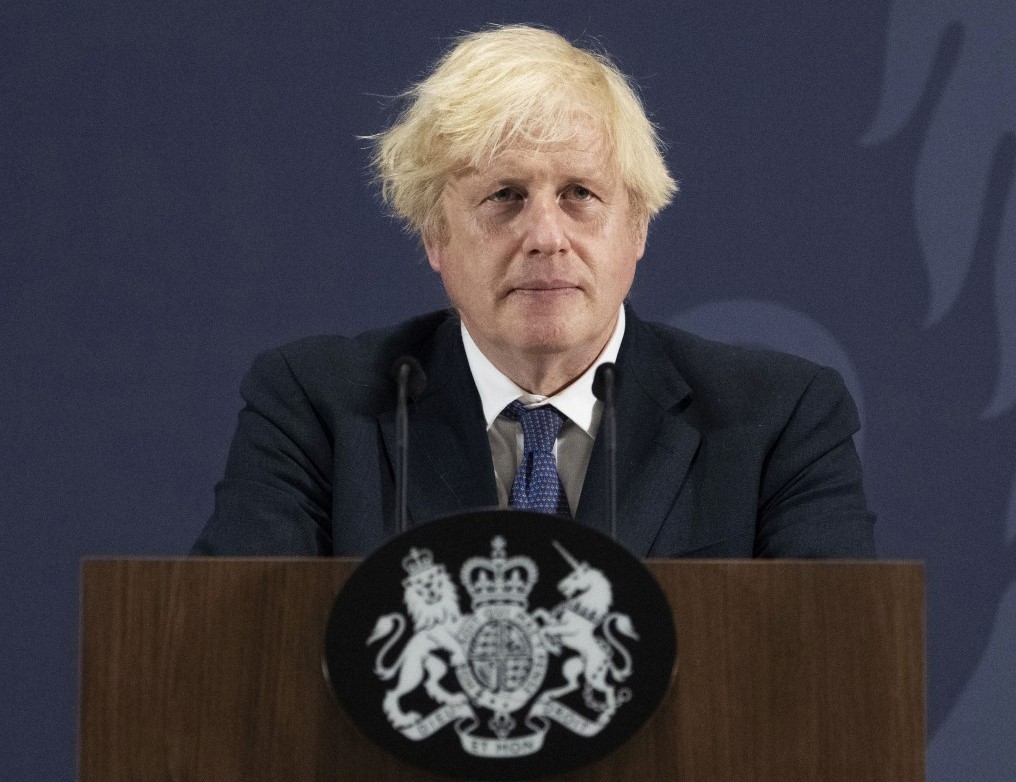 TAIPEI (Taiwan News) — British Prime Minister Boris Johnson has said he believes the only way to address China’s increasing pressure on Taiwan is for the U.K. to continue supporting the U.S.’ global leadership.

On Monday (Sept. 6) MP Iain Duncan Smith, who is also the former leader of the British Conservative Party, noted that China has compared the U.S. withdrawal from Afghanistan to Taiwan's situation in an attempt to intimidate the democratic nation, Newsweek reported. Beijing has threatened to send military aircraft to invade Taiwan and claimed that Washington will not help Taipei in a Taiwan Strait conflict, he pointed out.

Johnson responded by saying he is aware of the tensions between China and Taiwan and that he has recently discussed them with U.S. President Joe Biden. As the situation in the Taiwan Strait is such a complex issue, continued support of America’s global leadership "is the only way forward," he said.

British warships the HMS Tamar and HMS Spey on Tuesday (Sept. 7) left Portsmouth for a five-year deployment in the Indo-Pacific, where they will visit various nations, host receptions and capability demonstrations in support of British policies, and help the U.K. establish a presence in the region.

The country's aircraft carrier the HMS Queen Elizabeth has been on a visit to Japan for the past four days.

The Ministry of Foreign Affairs (MOFA) on Thursday (Sept. 9) responded to Johnson's comments, saying it pleased to see that the prime minister has reaffirmed the important messages underscored in the statements from the G7 Foreign Ministers’ Meeting and other global summits. MOFA also said that Johnson's remarks demonstrate that the U.K. is consistent with other like-minded countries and has consistently supported Taiwan.

The ministry added that the relationship between Taiwan and the U.K. is "close and friendly." In recent years, the U.K. has not only supported Taiwan’s participation in international organizations and encouraged cross-strait dialogue but also highlighted the importance of maintaining peace and stability in the Taiwan Strait and encouraged a peaceful resolution of cross-strait issues.