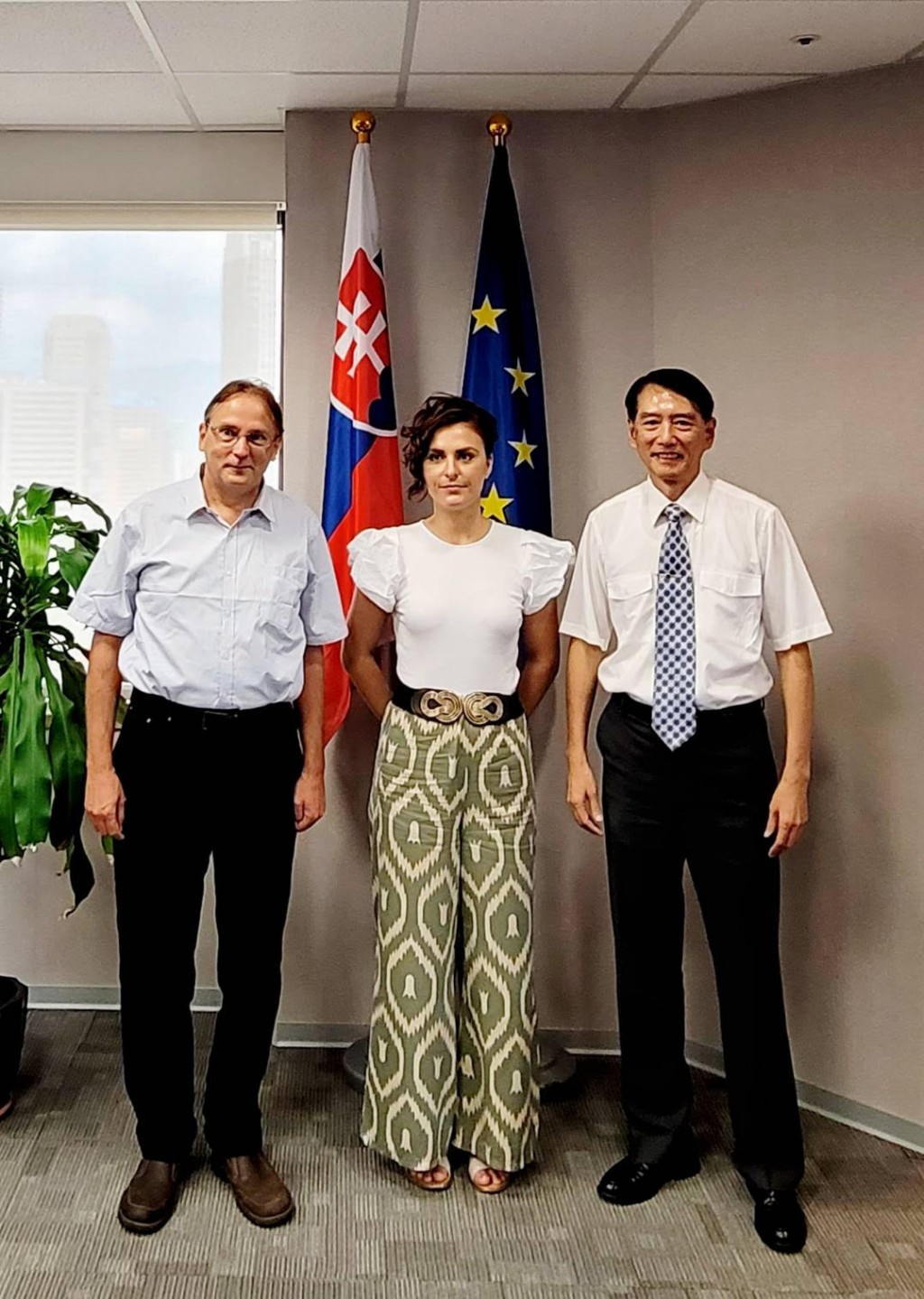 TAIPEI (Taiwan News) — Slovakian representative to Taiwan Martin Podstavek has said that there are still many areas that Slovakia and Taiwan can cooperate on, and he urged Taiwan to expand relations with the EU in order to gain more European support in the international arena.

Podstavek on Wednesday (Sept. 8) told Taiwan News that he was surprised by the warm reactions and Facebook messages from the Taiwanese public after news that the Central European country was donating a shipment of COVID-19 vaccine doses broke out in July. The representative said that Slovakia wanted to show Taiwan that the two countries “are good friends” and show its gratitude for Taiwan’s mask donations earlier in the pandemic.

“We really want to have close economic and people-to-people relations,” Podstavek said. A Slovakian business delegation had been scheduled to visit Taiwan in May but was postponed after Taiwan’s COVID situation grew more serious.

He mentioned that from 2000-2010, many large Taiwanese investors had come to Slovakia to seek opportunities, including Delta Electronics and Foxconn, adding that Taiwan is currently the Central European country’s second-largest investor in Asia. However, the representative said that Taiwan is still merely scratching the surface in terms of cooperation with Slovakia and within central Europe.

The representative praised Taiwan’s Southbound Policy and said that Taipei should treat Europe the same way. The economic and political power the EU has can help Taiwan increase its international participation, which is why Taipei must increase its visibility in the region, he said.

The representative also said that Slovakia needs to increase its support for Taiwan, while Taiwan should deepen its understanding of Slovakia and Europe.

Podstavek said that for Taiwanese who are interested in Slovakian culture, there are translated children’s books available for purchase, adding that they were published in cooperation with Taiwan’s Ministry of Culture. Tokaj, a Slovakian dessert wine, can also be found in Taiwan, he said. The representative also mentioned that the anti-virus software ESET NOD32 is a Slovakian product that is often confused as an American one.

Podstavek said that Slovakia and Taiwan can cooperate on cybersecurity and countering misinformation. He noted that Taiwan is being infiltrated by fake news and cyberattacks from third powers, while Slovakia and other European countries are facing similar threats.

With regard to future cooperation, the representative said he was optimistic about meetings that have taken place recently and are coming up. He said that on Sept. 7, he met with officials from Taiwan’s National Space Organization to find potential areas of collaboration with Slovakia’s Space Office.

Podstavek said he will attend a Global Cooperation and Training Framework video conference on Thursday with Taiwan’s Ministry of Labor to address labor issues in the post-COVID era. Slovakia will be the fourth European nation to be a part of this platform, he added.

Additionally, on Saturday, the representative will go to Suao in Yilan County to meet with the Yilan County magistrate and officials from the Lanyang Museum to open the International Academic Symposium on Nanfangao Fishing Port Centenary 2021 and to plan a special exhibition for next year commemorating the 250th anniversary of the first Slovakian to come to Taiwan, Moric Benovsky. Benovsky, who was from the then-Austro Hungarian Empire, had arrived in present-day Suao in 1771 where he explored the area and interacted with the local Kavalan Indigenous tribe for 16 days.