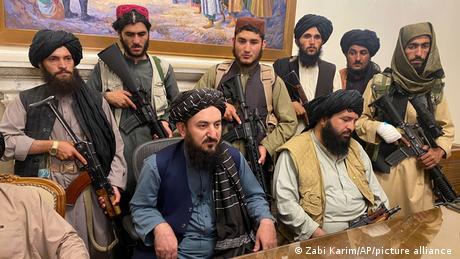 The Taliban leadership took a long time to announce their interim government — three weeks after taking control of Kabul.

Analysts say the fight for Panjshir province kept them busy all this while, and once the last resistance stronghold fell to the group, their spokesman, Zabiullah Mujahid, unveiled the caretaker government on Tuesday.

Even though it is just a caretaker government, and what the Taliban's actual government will look like remains unclear, Afghanistan's Islamist rulers face a tough task running the country.

There had been reports of a tug-of-war among Taliban factions over the allocation of key posts in the new government. The transitional setup suggests that Afghanistan's new rulers have been able to unify their ranks, at least for now.

Mullah Hasan Akhund has been nominated as acting prime minister, while Sirajuddin Haqqani will serve as acting interior minister. The decision to delegate a senior position to Haqqani is proof that the Taliban did not want to irk the powerful Haqqani Network, which is believed to have become a suborganization of the Taliban in its own right.

In his column for Pakistan's Dawn newspaper, Zahid Hussain, a senior political analyst, wrote that "the most serious challenge for the Afghan Taliban is to maintain the unity within their ranks."

"Some fear that the formation of an interim government will further widen the cleavage. The struggle between the moderates who would want to take a break from some of the harshest legacies of the previous dispensation and the hardliners who are not willing to reform could sharpen," he wrote.

"While the Taliban may have appeared as a monolith during the war, the differences over military tactics and other policy matters kept surfacing. Yet the disagreement didn't affect the resistance. The end of the war has widened the fault lines," Hussain added.

Taliban officials had claimed that their new government would include different political and ethnic groups, but the interim setup is dominated by their old guard.

"The Taliban do not see the need for an inclusive government anymore. For them it is more important that powerful figures are leading their government so that they can crush potential resistance movements," Sami Yousufzai, an Afghan journalist, told DW.

"They have appointed ministers on the basis of their loyalties to the group," he added.

The European Union on Wednesday said that the Taliban-appointed caretaker government "does not look like the inclusive and representative formation in terms of the rich ethnic and religious diversity of Afghanistan we hoped to see and that the Taliban were promising over the past weeks."

The 27-nation bloc said the formation of an "inclusive and representative" transitional government is vital for its engagement with the Taliban.

The Taliban also reportedly disbanded the Ministry for Women's Affairs, days after violently clamping down on women-led protests against curbs to their freedoms under Taliban rule.

There are also no women in the new power structure, something protesters in Kabul had been calling for as women fear losing their hard-won rights.

Faiz Mohammad Zalan, a lecturer at the University of Kabul, said that although the Taliban are predominantly Pashtun, they do not believe in appointing people on the basis of their ethnic affiliations.

"Basically, the Taliban wanted to put their most powerful leaders in charge of ministries to control the situation in Afghanistan," Zalan told DW.

But it won't be an easy task to "control" a multiethnic, war-torn and impoverished country like Afghanistan.

Protests have already erupted across the country, with anti-Taliban groups defying the new regime.

Some of the interim Cabinet members are accused of carrying out attacks on US forces over the last two decades.

Akhund, the acting premier, is on a UN blacklist, while Haqqani, the acting interior minister, is wanted by the US Federal Bureau of Investigation.

But Afghan journalist Yousufzai said the international community has no other option but to engage with the Taliban.

"I think the Western countries don't care who heads an Afghan ministry," Yousufzai said. "They will, however, keep a close eye on the government's policies."

Even if the Taliban managed to keep their ranks united and avoid international sanctions, running the country will still prove to be a difficult task for them, said Ahmad Saidi, a former Afghan diplomat.