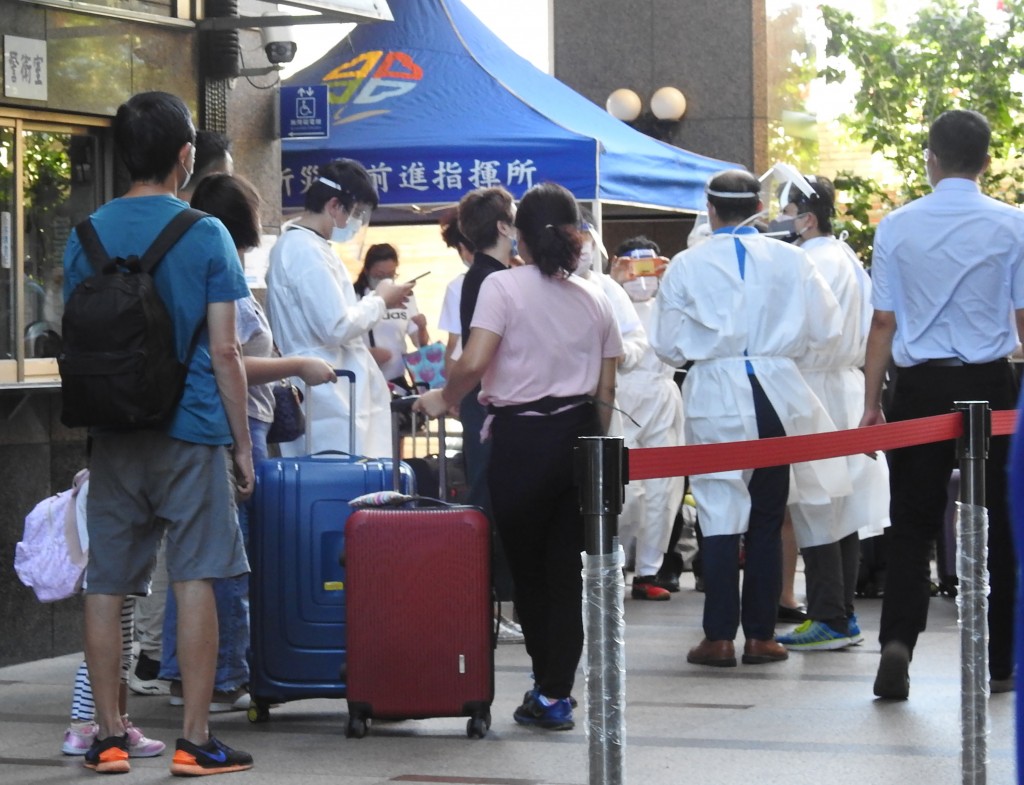 TAIPEI (Taiwan News) — An apartment tower in New Taipei was evacuated on Wednesday (Sept. 8) after a cluster infection of six residents tied to a kindergarten was determined to be caused by the Delta variant.

Residents of an apartment complex in New Taipei's Banqiao District were shocked on Wednesday morning by large numbers of officials and media when an immediate evacuation order was issued for the building. New Taipei Mayor Hou You-yi (侯友宜) issued the evacuation order after six residents tied to a kindergarten cluster infection tested positive for COVID-19 that morning.

A mobile screening team had been deployed to the apartment complex on Tuesday night (Sept. 7) to begin testing, according to Hou. After six were found to be positive for the virus, 400 people from 128 households were dispatched to quarantine centers.

Among the confirmed cases are a kindergarten student, the child's mother, the child's father (an Egyptian national), an anesthetist, and two community residents. The complex consists of two apartment towers: Building A and Building B.

Since all confirmed cases resided in Building B, the order was given to evacuate the tower. Residents of the building were given short notice that they must leave their homes and go to a quarantine center, not giving them much time to prepare food and clothing.

When the order was issued, many residents had already gone out to work or buy breakfast, prompting fears of community transmission. Meanwhile, Health Minister and CECC head Chen Shih-chung (陳時中) on Wednesday confirmed that genomic sequencing of samples taken from infected patients tied to the kindergarten cluster infection have tested positive for the Delta variant.