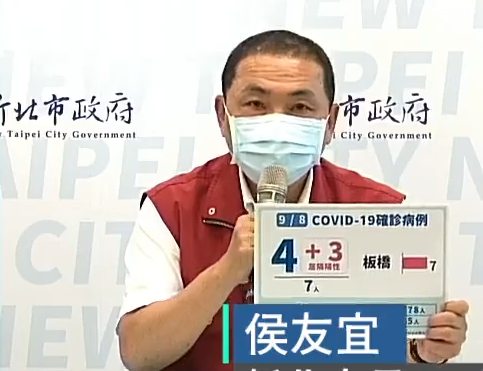 Starting Friday (Sept. 9) until Sept. 15, all restaurants, markets, and convenience stores may only offer takeout and must ban indoor dining. Public spaces including sport and cultural centers will be closed, while the number of people gathering in outdoor spaces will be restricted.

Hou said considering the grave economic impact the government has limited the policy to just one week for the time being. If the spread of COVID is controlled within the time frame, restrictions will be lifted.

As the Delta variant has spread at an alarming rate, if it is not contained within the week, relevant measures will be reviewed and updated on a rolling basis. Hou asked citizens to help curb the spread by complying with the rules.

Since the kindergarten COVID cluster was first reported, New Taipei City Government noted the “unprecedented” infection speed and treated the case as a Delta variant outbreak even before the fact was confirmed, according to Hou.