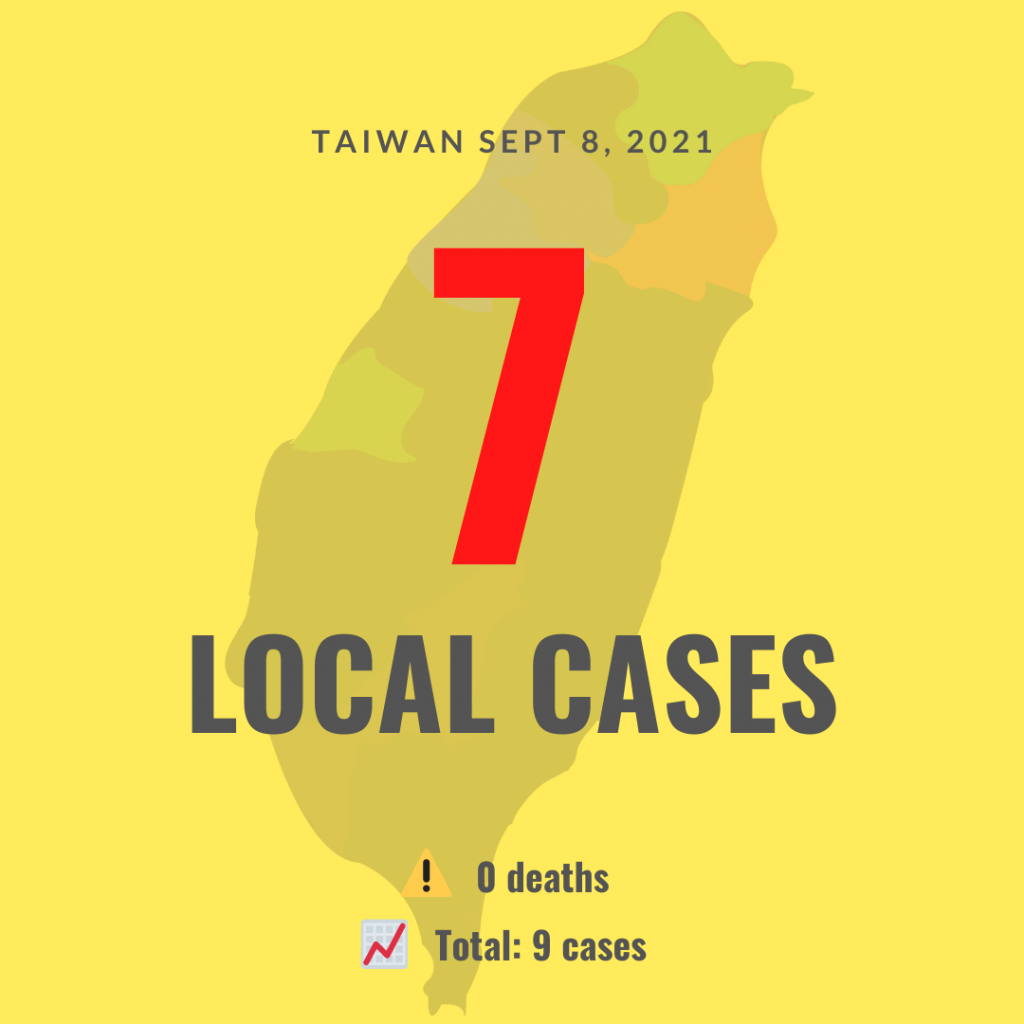 The nine local cases reported Wednesday include two men and five women between the ages of 30 and 80, with the dates of symptom onset ranging from Aug. 27 to Sept. 7. As for the distribution of these cases, all seven were in New Taipei City.

Epidemiological investigations determined that of these, six are from known sources and one is from an unknown source. Inquiries are ongoing to clarify the source of the infections.

According to Chen, the two imported cases reported on Wednesday include a British man in his 50s, case No. 16,159, who had been inoculated with a COVID-19 vaccine but still tested positive for the virus while in the U.K. in July. When he arrived in Taiwan on Sept. 5, he was tested for the virus, entered quarantine, and was diagnosed with COVID-19 on Wednesday.

Case No. 16,160 is an Egyptian man in his 30s who has not received a COVID-19 vaccine. He arrived in Taiwan on Aug. 4 to visit family members, while tests taken both three days before his flight and at the end of his quarantine on Aug. 16 both came back negative.

However, due to contact with a confirmed case from the kindergarten cluster infection, on Sept. 6 he was tested again for the virus. On Wednesday, he was diagnosed with COVID-19 with a Ct value of 37.5.

Of the 827 deaths from local infections, 410 were in New Taipei; 317 in Taipei, 28 in Keelung, 26 in Taoyuan, 15 in Changhua County, 13 in Hsinchu County, five in Taichung, three in Miaoli County, two each in Yilan and Hualien counties, and one each in Taitung County, Yunlin County, Tainan City, Nantou County, Kaohsiung City, and Pingtung County. The 10 other deaths were imported cases.