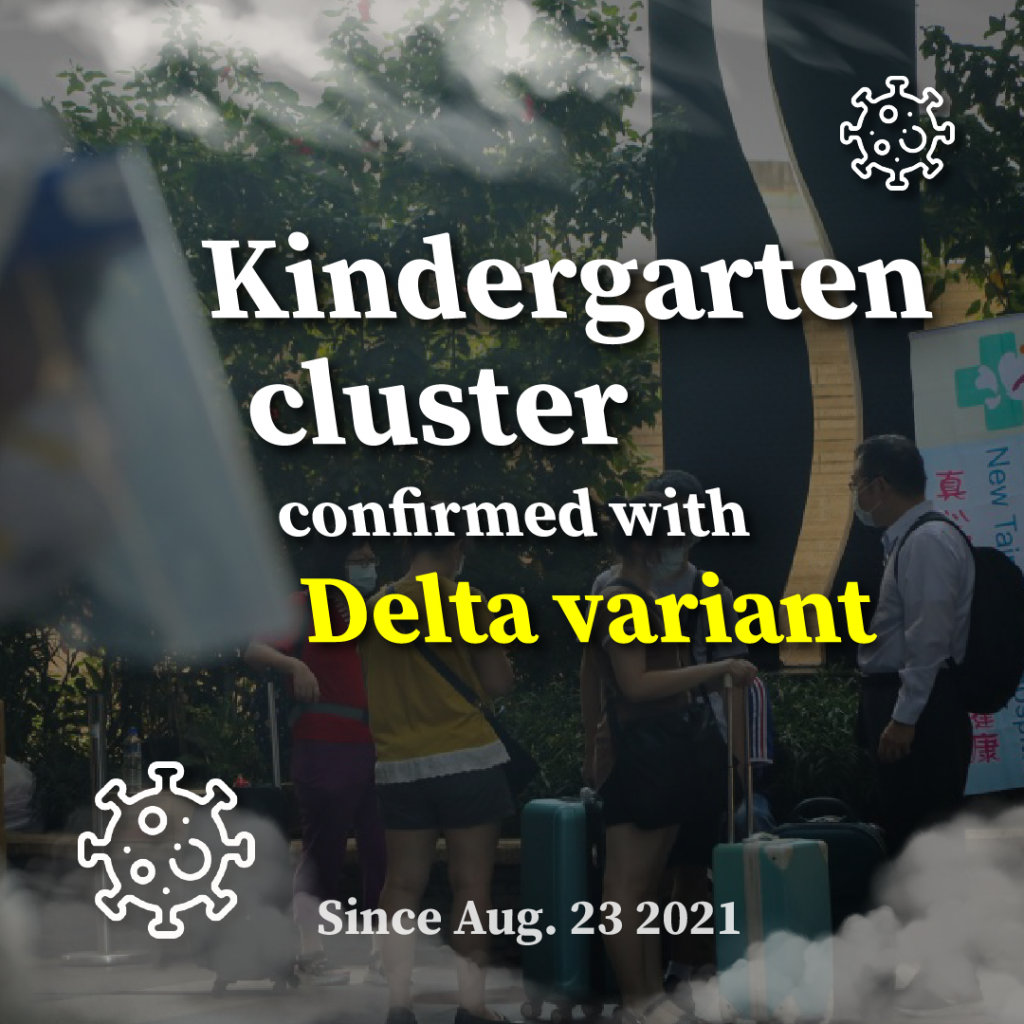 TAIPEI (Taiwan News) — Taiwan's Central Epidemic Command Center (CECC) on Wednesday (Sept. 8) confirmed that COVID-19 cases tied to a kindergarten cluster infection in New Taipei were found to be infected with the Delta variant of the virus.

Health Minister and CECC head Chen Shih-chung (陳時中) confirmed that genomic sequencing of samples taken from infected patients tied to the kindergarten cluster infection in New Taipei City have tested positive for the Delta variant. In addition, Chen announced the cluster infection has spread to an apartment in the city.

The total number of cases tied to the kindergarten cluster infection has risen to 23. Of these cases, 10 have already been determined to have been infected with the Delta variant of the virus.

There are currently 1,062 contacts listed for these cases, with 1,013 contacts placed in home isolation, 49 undergoing self-health monitoring, and 633 being tested for the virus. Chen conceded that "community cases could increase a great deal."

Chen said the genetic sequences from the cases tied to the kindergarten differ from those seen in the Delta variant found in the EVA Air pilot cluster. He said this indicates the two clusters are from two different chains of transmission.

The cluster has now spread to six cases living in the same residential area. Among the cases from the same community are an anesthetist from National Taiwan University Hospital, and an Egyptian man, case No. 16,160, who recently returned from Egypt and is considered an imported case.

When asked by a reporter if case No. 16,160, who is a parent of one of the kindergarten students, had brought the virus back from Egypt and was the source of the outbreak, Chen said it was far too soon to make such a conclusion. More investigation is necessary to determine the source of the cluster infection.

When asked if the CECC plans to raise the epidemic prevention restrictions to Level 3 or 4, Chen said the center is monitoring the situation, but currently does not plan to raise the alert level because an earlier cluster infection among EVA Air pilots has been contained. On Tuesday (Sept. 7), Chen said the center would consider raising the alert level if the outbreak in New Taipei is not brought under control.