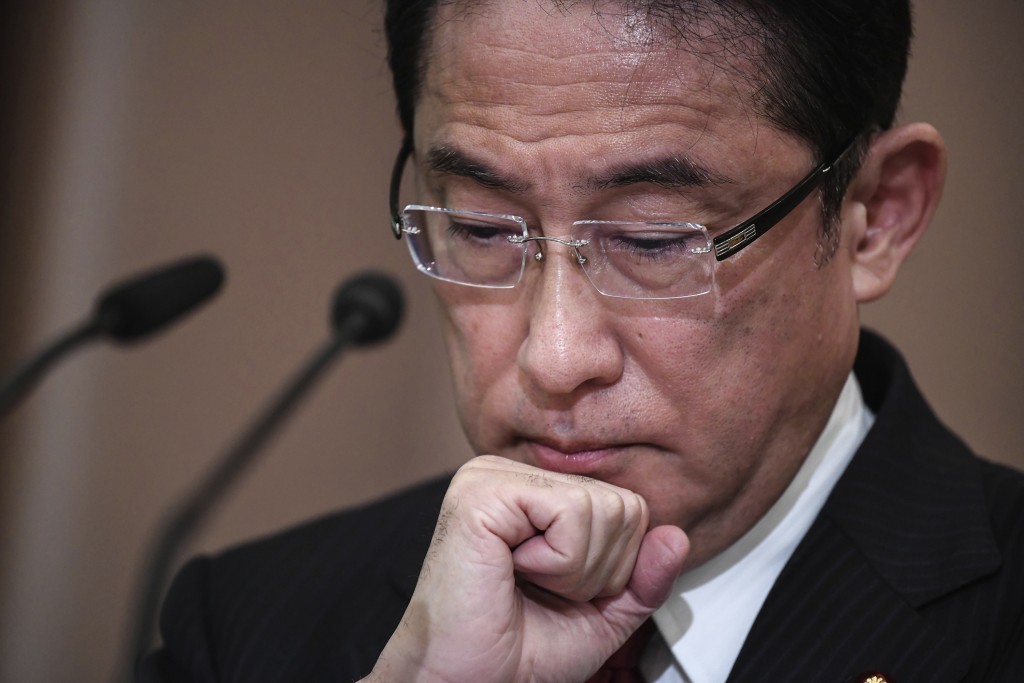 Kishida expressed “deep alarm” at Beijing’s behavior in recent times and said that if he forms the next government, working with like-minded countries in the region to counter China will be at the top of his agenda, according to a Nikkei report.

To protect "basic values such as freedom, democracy, the rule of law and human rights, we will work with those that share the same values, such as the U.S., Europe, India and Australia, to stand against authoritarian systems," Kishida said.

Kishida is one of the four contenders who stand a good chance of winning the ruling Liberal Democratic Party's (LDP) nomination race this month. Others include former LDP Secretary-General Shigeru Ishiba, Japan’s vaccine tsar Taro Kono, and former Interior Minister Sanae Takaichi, the only woman in the running.

Ramping up security
Kishida, who boasts deep security and foreign policy experience having served as foreign minister under Shinzo Abe for four and a half years, views economics and security as inextricably intertwined.

"We need to think about national security from a variety of perspectives, not just force,” he said, adding that "economic statecraft” is needed as countries in the region, including Taiwan, scramble to shore up supply chains for high tech components.

"I will protect our nation's geopolitical interests with a focus on the economy," he said.

Kishida views Japan’s current missile defense systems as insufficient. He wants the country to have the capability to strike enemy bases to prevent imminent missile attacks, adding that this could save lives if second or third waves of missiles pierce through defense systems.

"Missile technology has been evolving rapidly, and I want to hold a thorough discussion based on that reality about defending the public's lives and livelihoods," he said.

Abe planned to make a decision on such attack capabilities by the end of 2020, but Suga has since set the issue aside, per Nikkei.

Kishida has centered his economic plans on tackling growing inequality with a renewed focus on increasing incomes for Japanese workers.

"At companies, should shareholders take all the fruits of their growth? " asked Kishida. "As proponents of stakeholder capitalism argue, they need to be distributed appropriately."

"Inequality has expanded further because of the coronavirus," he said, adding that "as our economy grows, we need to turn more attention to inequality and distribute the wealth."

Kishida also noted how the burden of education in Japan is weighing down families and is proposing a system like Australia's Higher Education Contribution Scheme, with income-based loan repayment after graduation.

Kishida also mentioned a proposal to reform the LDP itself by limiting top party posts to three consecutive one-year terms.

"It's important to maintain systems and rules that keep fresh air circulating when it comes to appointments," he said.

Kishida stressed his intent to actively appoint younger and less prominent party members. "I'll show that the LDP is a party that can renew itself and that has youthful energy," he concluded.