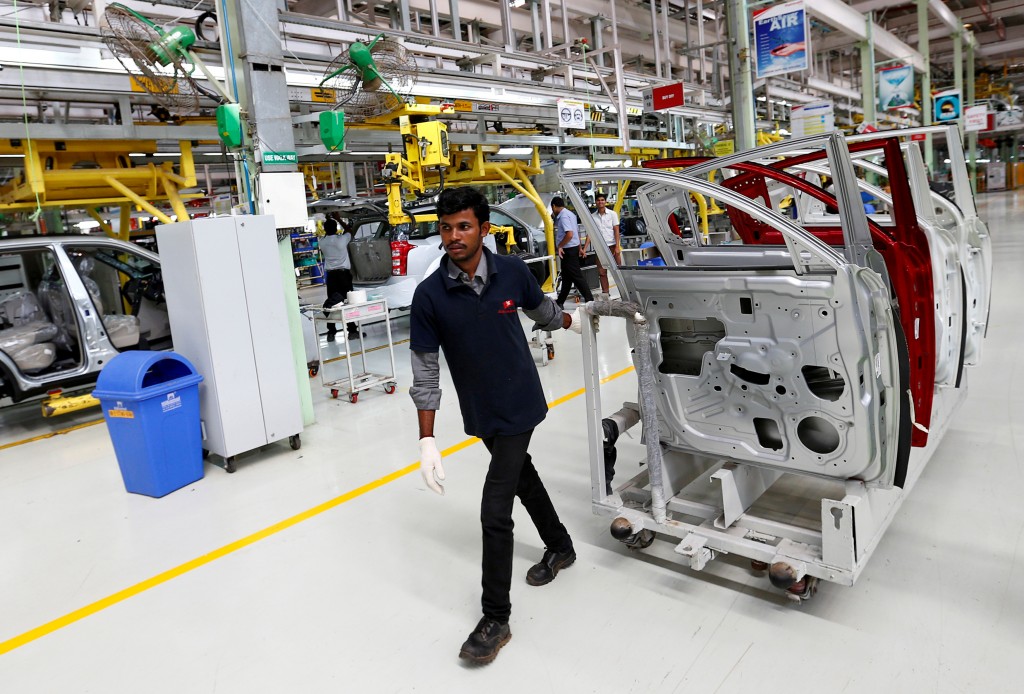 “Make in India” could start to live up to its motif of a lion on the prowl. Local and foreign companies are queuing up to tap incentives for creating large onshore manufacturing capacity in electronics, solar panels, pharmaceuticals, advanced batteries, specialty steel and more. Samsung Electronics (005930.KS), Apple (AAPL.O) suppliers, and local tycoons will claim a share of benefits worth as much as $27 billion. The enthusiasm for Prime Minister Narendra Modi’s gambit to spur production is striking after years of false starts to find India space on the world’s factory floor.

Modi’s original campaign, launched in 2014, aimed for manufacturing to account for 25% of GDP by 2022, but the level is stuck at around 17%. Although foreign direct investment is increasing, India’s inflow was about a quarter of China’s in 2019, per UNCTAD data. Red tape and rickety infrastructure keep companies away.

The new “Production-Linked Incentive” scheme attempts to compensate for those costly inefficiencies. New Delhi approved the first set of local and foreign applicants in October for electronics and is busy expanding the initiative to new sectors.

It offers annual payouts, based on a percentage of revenue generated, to qualifying companies for up to five years. The quantum varies across sectors but mobile phone makers, for example, could get a sum equivalent to 6% of sales income. That’s significant: Taiwan-based Apple supplier Hon Hai Precision Industry (2317.TW), better known as Foxconn, earned a net profit margin of just 2% on its global operations in 2020.

Scale is one prerequisite for global competitiveness, but to stop companies from flooding markets with poor quality goods, New Delhi pays only if sales targets are met; past schemes focused on amounts invested. India is also encouraging exports by setting high minimum invoice prices. In one of the mobile phone categories, manufacturers must sell handsets for over $200 each, more than most Indians can afford. But by ensuring that the rewards aren’t explicitly contingent on export quotas, it can avoid a fight at the World Trade Organization.

New Delhi is following in China and South Korea’s footsteps by choosing winners and its largesse underscores official urgency to create jobs and reduce dependence on imports, especially from its aggressive Chinese neighbour.

Beijing can wreak economic havoc in India. Shipments get delayed in retaliation when border tensions flare up, and the risk of disruption is growing. Imported components - where China is a top supplier – account for about 80% of India’s local demand for IT hardware, solar panels, and telecom network kit; 40% of its consumption of pharmaceutical ingredients, and more than one fifth of its consumption of alloy steel and auto components, per Enam Asset Management.

Foreign companies too are looking for new places to house factory lines. The pandemic and rising trade tensions spotlighted China’s outsize role in global supply chains: The People’s Republic boasts the highest share of any country, accounting for about 15% of the global exports of goods in 2020, compared to India’s sub 2%, per UNCTAD data.

Modi has the advantage of friendly ties with the West. Cheaper wages compared to most peers are attractive too. However, higher electricity costs and other burdens offset India’s low labour costs, leaving it on rough competitive par with Indonesia, China and Thailand, per a UBS report led by economist Tanvee Gupta Jain.

There could be big gains. The Swiss bank expects India’s share of Apple’s global supply chain will grow from almost zero to as much as 30% within two to three years, starting with the iPhone. Contract manufacturers for the U.S. behemoth including Foxconn, Wistron (3231.TW), Pegatron (4938.TW) have qualified for the scheme. Given India is a tiny end market for Apple, their applications suggest India can move beyond assembly of low value models to making higher-value products.

Other measures are conducive too. New Delhi has slashed corporate tax, making it as low as 15% for new manufacturing facilities. Modi has laid out plans to spend $1.4 trillion on infrastructure to lower business costs. What’s more, after opting out of the China-backed Regional Comprehensive Economic Partnership last year, which at that time amounted to the world’s biggest free trade bloc by GDP, New Delhi is racing to secure bilateral deals including with the UK and Australia.

The risk is New Delhi over-indulges in carrots and over-uses the stick. On top of the inducements, New Delhi has been raising import tariffs. The latter will lift input costs throughout the economy; Pranjul Bhandari, HSBC’s chief economist in India, warns that past attempts to simultaneously substitute imports and promote exports have backfired. The policy may also shore up giants in select industries while widening the gap with small- and medium-sized ones.

Another danger is that politicians end up extending the incentives beyond the five-year period. South Korea’s Samsung, which signed up for the scheme, hit its output targets for mobile handsets in the first year, but other companies missed and lobbied to roll over benefits.

Jobs may be in short supply too. Automation means modern manufacturing requires fewer people. Take Uber’s (UBER.N) local rival Ola. Its electric vehicle business is likely to apply for incentives in battery cell manufacturing, possibly alongside Mukesh Ambani’s Reliance Industries (RELI.NS), Tata Chemicals (TTCH.NS) and a Japanese venture backed by Suzuki Motor Corp (7269.T). All are racing to set up new businesses as Modi sets ambitious vehicle electrification and clean energy targets. Such cells will power vehicles like those churned out of Ola’s new Future Factory. But while the-facility will create some 10,000 jobs, there will be over 3,000 robots too.

New Delhi’s cleverly designed payouts could prove a winner. But if Modi doesn’t make it generally easier to do business in India, or fails to follow through on his infrastructure upgrade - funding for which depends on ambitious plans to monetise government assets - the scheme could end up being an expensive and ugly temporary fix.

- The scheme is expected to attract 400 billion rupees of investment and increase capacity of specialty steel, the government added.

- India in February announced it would spend a total 1.97 trillion rupees, about $27 billion, on the PLI scheme across 13 sectors with the aim to create national manufacturing champions and generate employment opportunities.