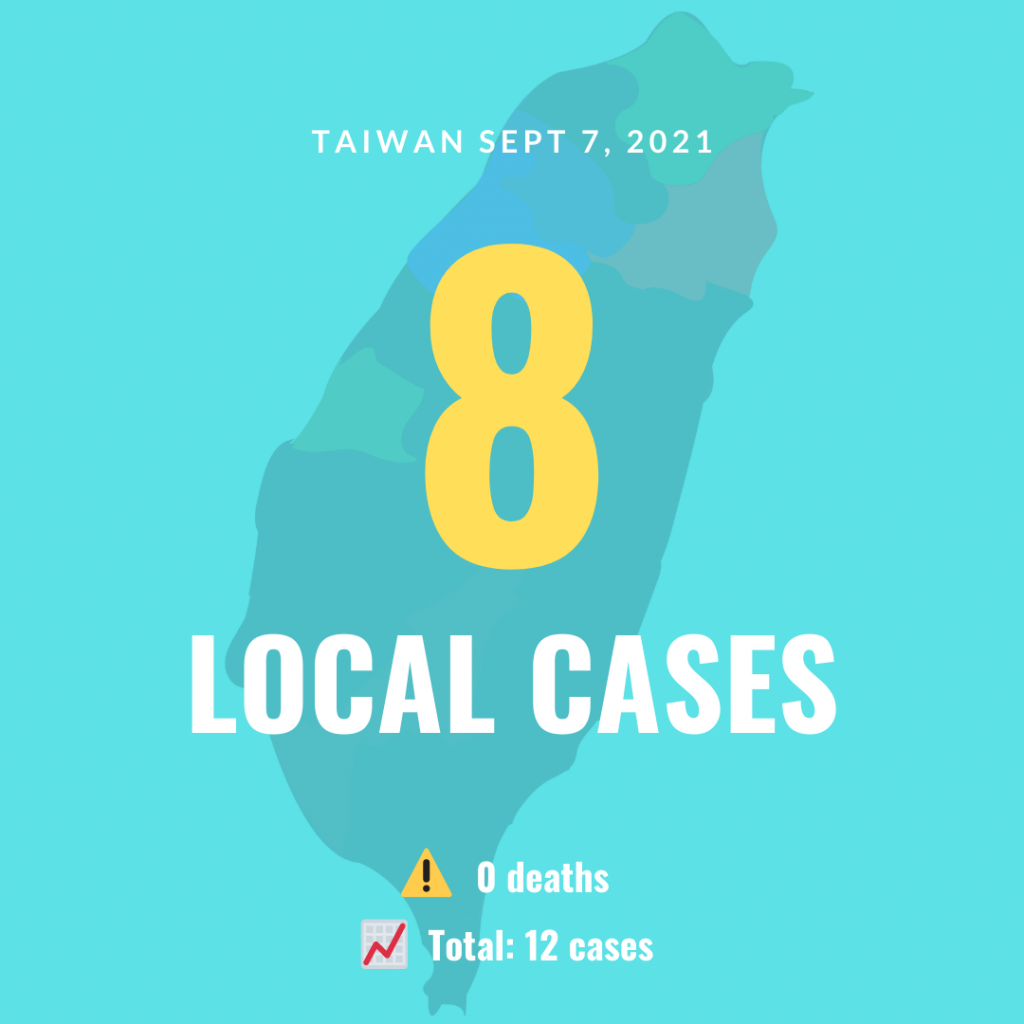 The eight local cases reported Tuesday include one male and seven females between the ages of five and 50, with the dates of symptom onset ranging from Sept. 1 to Sept. 5. As for the distribution of these cases, seven were in New Taipei City, and one was in Taipei City.

Epidemiological investigations determined that of these, six are from known sources, one is from an unknown source, and one is under investigation. Inquiries are ongoing to clarify the source of the infections.