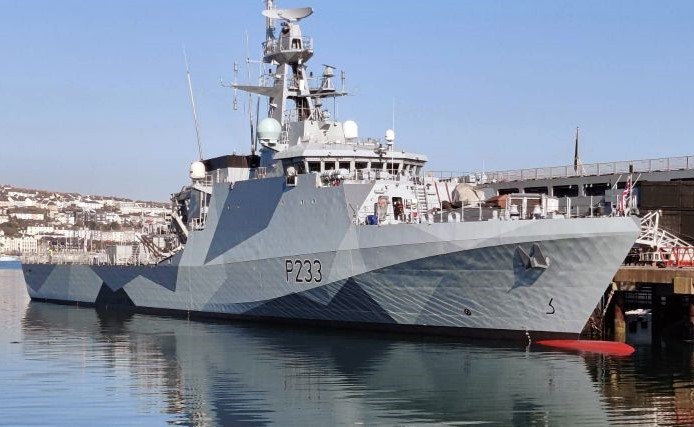 TAIPEI (Taiwan News) — Two British naval ships have set off for the Indo-Pacific where they will likely be deployed for the next five years.

HMS Tamar and HMS Spey, two new Offshore Patrol Vessels, left Portsmouth, U.K., on Tuesday (Sept. 7) and embarked on a westerly route to the Pacific Ocean, according to Navy Lookout. The two ships will first traverse the Atlantic and then make a pit stop in the Caribbean before crossing the Panama Canal.

The ships, each weighing in at 2,000 tons, are manned by a crew of just over 40 sailors and will be forward-deployed, rather than forward-based. This way, they are able to stop at “ports of convenience” and not rely on one base for supplies and repairs, per Navy Lookout.

Despite being navy vessels, trade and diplomacy are the primary focuses of their mission, while maritime security is their secondary objective. The Tamar and Spey will visit multiple nations and “host receptions and capability demonstrations” in support of U.K. policies, Navy Lookout said.

The ships will also help the U.K. establish a presence in the Indo-Pacific and obtain intelligence relating to regional naval operations. At least one of the ships is expected to participate in RIMPAC 2022 as well as future Konkan exercises with the Indian navy.

The arrival of the two ships comes as China’s military activities in the region are becoming an increasing concern for neighboring countries. Currently, the U.K.’s HMS Queen Elizabeth aircraft is on a visit to Tokyo.