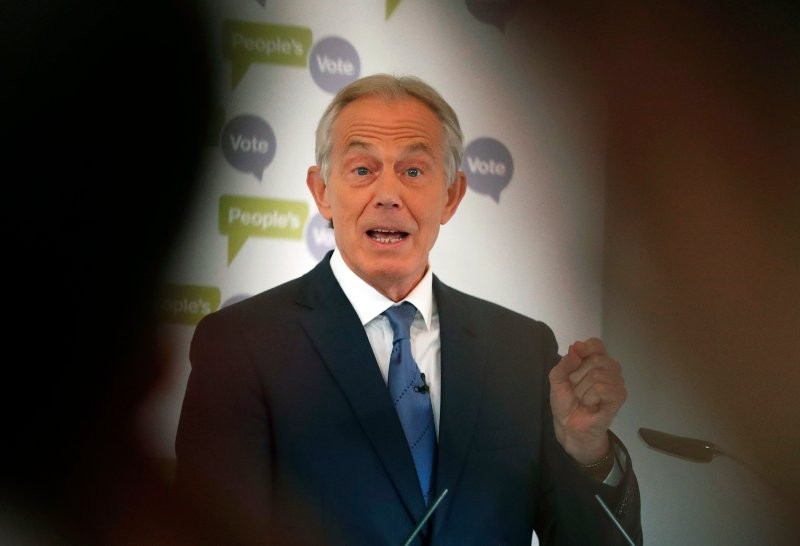 The Taliban swept to power in Afghanistan last month as the United States withdrew its troops after a 20-year war, and Britain fears the group's return and the vacuum left by the West's chaotic withdrawal will allow militants from al Qaeda and Islamic State to gain a foothold there.

"Islamism, both the ideology and the violence, is a first order security threat and, unchecked, it will come to us, even if centred far from us, as 9/11 demonstrated," Blair said in a speech at the RUSI security think tank to mark the twentieth anniversary of Sept. 11, 2001 attacks on the United States.

Blair said the West needed to assess its vulnerability.

"COVID-19 has taught us about deadly pathogens. Bio-terror possibilities may seem like the realm of science fiction. But we would be wise now to prepare for their potential use by non-state actors," he said.

The former prime minister, who sent British troops into Afghanistan in 2001, said with limited appetite for military engagement from the United States, Britain should work more closely with European countries on how best to develop capacity to tackle the threat in areas such as Africa's Sahel region.

"Counter-terrorism on its own won’t remove an entrenched threat," he said. "We need some boots on the ground. Naturally our preference is for the boots to be local but that will not always be possible," he said.