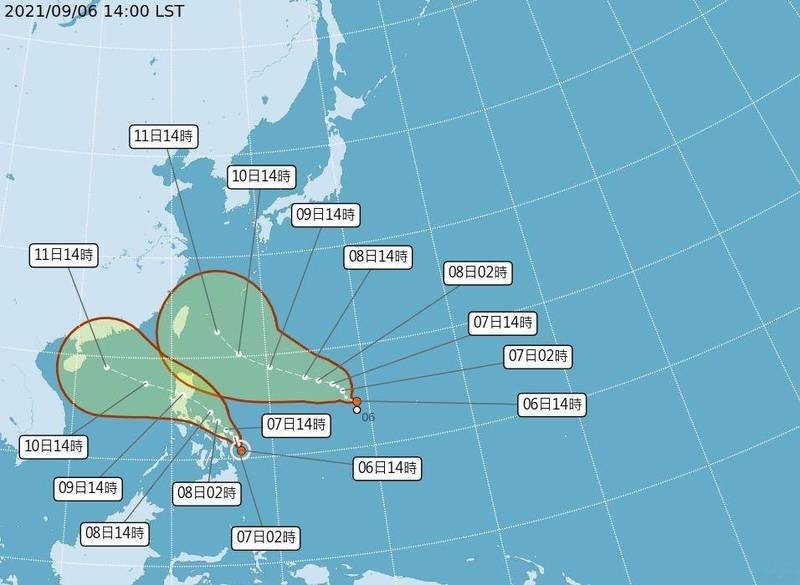 TAIPEI (Taiwan News) — A tropical storm that has formed in the Western Pacific could impact Taiwan by the end of the week, while a tropical storm has emerged east of the Philippines.

At 8 a.m. on Monday (Sept. 6), a tropical depression was detected near Guam, and by 2 p.m. that day, it was located at 14.5 degrees north latitude and 138.8 degrees east longitude, heading north-northwest at a speed of 20 kilometers per hour, according to the Central Weather Bureau (CWB). It is packing maximum sustained winds of 43 kph and gusts of up to 72 kph.

The CWB stated that it is moving toward the northeast edge of a high-pressure ridge and may come close to the east coast of Taiwan Friday and Saturday (Sept. 10 and 11). The weather bureau predicted that the storm will bring unstable weather and precipitation to Hualien, Yilan, and the north coast, but more observation will be needed to develop a more precise forecast.

Given its current distance from Taiwan, the CWB said there is still plenty of room for it to strengthen in intensity and deviate from its current path.

Meanwhile, Tropical Storm Conson formed just east of the Philippines on Monday. However, the CWB currently predicts that Conson will have little impact on Taiwan as it barrels across the Philippines and into the South China Sea.