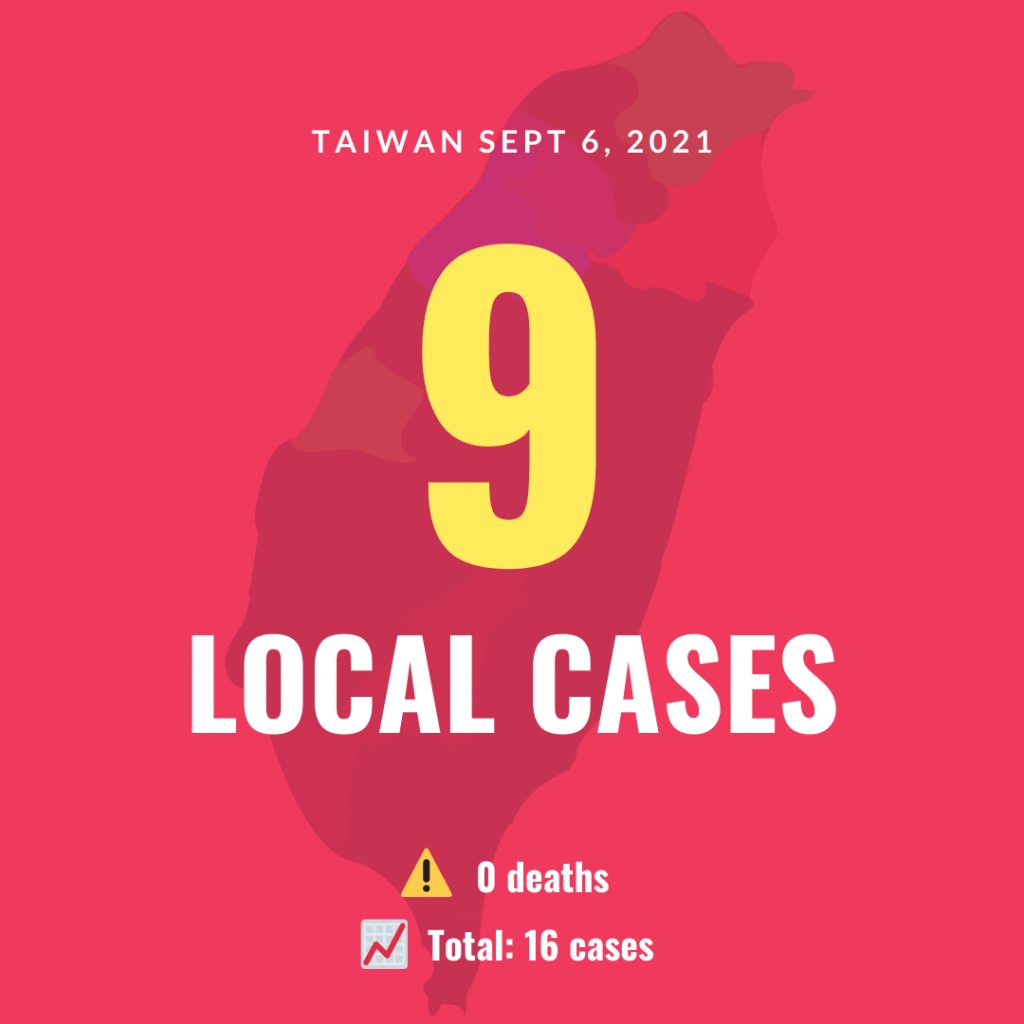 Health Minister and CECC head Chen Shih-chung (陳時中) announced 16 new coronavirus cases that afternoon, including seven imported and nine local ones. The CECC did not announce any deaths, leaving the total COVID death toll at 837.

The nine local cases reported Monday include five males and four females between the ages of five and 20, with the dates of symptom onset ranging from Aug. 28 to Sept. 4. As for the distribution of these cases, all nine were in New Taipei City.