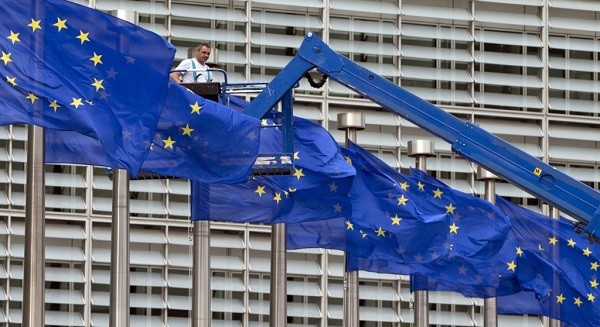 TAIPEI (Taiwan News) — Recent actions by the European Union and Lithuania regarding Taiwan may spell trouble for EU-China relations, according to a report by the BBC.

The first reason for the speculation is the EU’s possible renaming of its trade office in Taipei as the “European Union Office in Taiwan,” following a recent draft report and related amendments.

The second is last month’s diplomatic row between Beijing and Lithuania after an outbreak of “namefare” over a Taiwanese diplomatic office in Vilnius.

The draft report, titled “EU-Taiwan Relations and Cooperation,” emphasizes the values shared by the two sides. It encourages EU members to enhance trade, investment, and other exchanges with Taiwan and support its participation in international organizations.

Taiwan and Lithuania, which are on the verge of mutually establishing representative offices, are rapidly expanding ties. However, China views Lithuania’s actions as having crossed a red line, and ties are deteriorating, with China weaponizing trade policies and both sides recalling ambassadors.

On Friday (Sept. 3), a total of 62 members of the European Parliament cosigned a letter to Lithuania’s president, premier, and parliamentary speaker to express support for the country’s developing relationship with Taiwan and to condemn China’s threats and bullying.

Taiwan’s Ministry of Foreign Affairs has expressed gratitude to the EU and noted that the letter has received support from five major caucuses in the European Parliament, evidence that China’s tactics have backfired.

The draft report will be submitted for a vote in the plenary scheduled for next month. If the report were to pass, it would be a milestone and could lead to a domino effect of other EU countries following Lithuania’s example in establishing closer ties with Taiwan, according to experts cited by the BBC.

Despite EU-China relations reaching a low point due to human rights concerns in Xinjiang, Hong Kong, and elsewhere, the experts pointed out that the passing of the draft report is not a done deal, as major EU countries with deep economic stakes in China, such as France and Germany, could tip the scales. 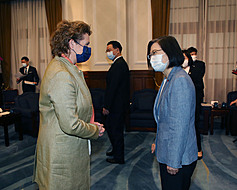 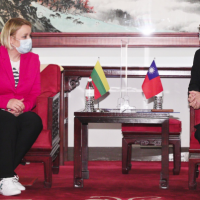 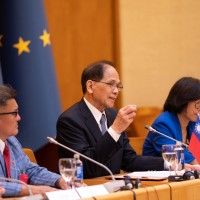